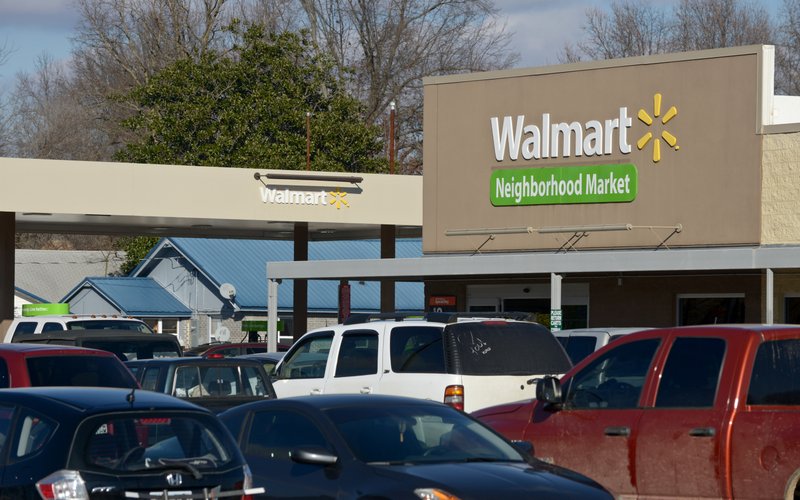 The Walmart Neighborhood Market in Gravette in a 2016 file photo. - Photo by Ben Goff

Harps Food Stores Inc. plans to acquire nine Walmart properties in Arkansas and Missouri, according to a Wednesday news release from the company.

Walmart announced early this year plans to close 154 stores across the country, including those in Gentry, Gravette, Prairie Grove and Decatur.

The Harps' deal is scheduled to close later this month, according to the news release.

"Specific information on store reopenings will not be finalized until after the acquisition is complete," the news release stated.

The Arkansas stores in the deal are:

The Missouri stores are in Anderson, Seligman and Noel.

Van Hoose said the new Gentry Harps' location, at the intersection of Arkansas Highways 12 and 59, is on schedule to open the latter part of September. Renovation work is currently underway at the store which used to be a Marvin's Foods Store.