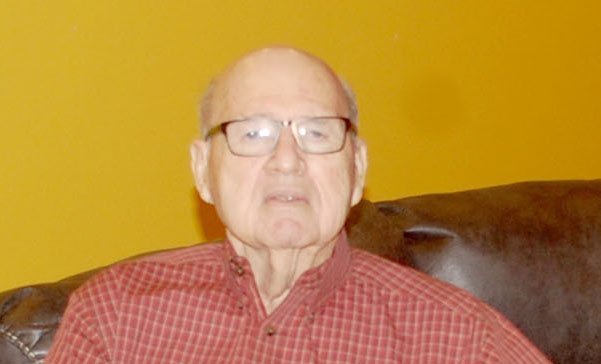 Paul Bynum Sr. Bynum has been in the furniture business for 45 years and is now getting ready to retire.

Bynum Home Furnishings will be closing its doors on Dec. 2 after 45 years in business.

The furniture store, located at 1400 Hwy. 412 E., is presently working to liquidate its inventory according to owner Paul Bynum Sr. The store's last official day will be Dec. 2, however Bynum plans to keep the doors open until he has sold off the remaining inventory.

There are also plans to hold an auction on Dec. 14 for the store equipment, and the building will need to be cleaned out according to Bynum. The building itself is up for sale, he said. Presently there are a few nibbles about the building, but no one has made a serious offer, he said.

Bynum has mixed feelings about retirement. He said he doesn't want to go out of business because of his employees, but added that he is not in the best of health and his son, Randy, works at a law firm in Little Rock and doesn't have the time to run the business.

"I appreciate all of that business," Bynum said. "I wished that I was younger, then I wouldn't be going out of business."

David Wasson, one of Bynum's salespeople, has been with the business for 26 years and he too is sad about the closing.

"You don't want it to happen," Wasson said. "We've always enjoyed working here. Paul, he's a great guy. He was real fair. That's probably been some of the best times."

Wasson is not sure what he will do yet. He is considering taking some time off for a little bit and may just be working part-time after that.

Bynum opened his first furniture store in 1974 at 506 E. Main Street. The store was located in Hal Milsap's old grocery store, according to Bynum.

"We went in down there on a shoestring [budget] and so I would sell furniture during the day, and when my sons came home from school we'd deliver furniture for hours," Bynum recalled. "Sometimes we'd deliver until midnight."

In 1976, Bynum built a new building at 1521 E. Main St. and ran Bynum Furniture Group from that location. Bynum sold the building to Ben Chesney, who opened Chesney Carpet & Furniture Center, he said.

In 1988, Bynum moved his business to a 55,000-square-foot building at 525 S. Lincoln St. He ran the business for another eight years before moving Bynum's to Springdale in 1996 and selling the building to Community Christian Fellowship in 2001 according to a Oct. 22, 2006, article in the Herald-Leader. Bynum said he chose to move the business to Springdale because the city was growing at a pace that Siloam Springs was not at the time.

In Springdale he built two retail buildings and a warehouse, he said. He and his son Randy opened a Bassett Furniture store and ran the business for several years. Then Bynum said Ashley Furniture Industries was becoming popular, so he sold the Bassett's franchise and bought into the Ashley's franchise, he said.

In 2006, Bynum returned to Siloam Springs and opened his first location in the city since 2001, the article said. Bynum bought his present building from Hank Brown, the owner of Hank's Fine Furniture and opened an Ashley HomeStore in November of 2006 he said.

Bynum's son Randy eventually began to practice law in Little Rock and had less time to devote to the business, Bynum said. At this point he sold his Ashley franchise and changed the store front and sign to Bynum Home Furnishings. The store has remained in its present location since 2006.