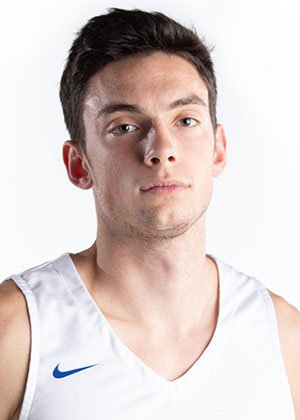 John Brown University men's basketball sophomore Luke Harper was named this week's Sooner Athletic Conference Player of the Week after his pair of performances in the Golden Eagles' conference-opening sweep of Southwestern Assemblies of God (Texas) and Texas Wesleyan, the conference office announced on Monday, Nov. 25.

The Plano, Texas, native averaged 23.0 points and 4.5 rebounds and assists per game as John Brown remained perfect on the young season, improving to 8-0 overall and 2-0 after the opening weekend of league play, bouncing SAGU, 65-60, and besting Texas Wesleyan, 95-91.

On Thursday, Nov. 21, against SAGU, the sophomore shot 7 of 15 and scored 19 points against the Lions, contributing five boards, four assists and a steal.

Two days later, Harper rebounded from a sluggish first half versus the Rams as he keyed JBU's comeback performance in the second half. Down by 17 at one point, the Golden Eagles rode Harper's 21-point second-half scoring output as John Brown held on for the victory. He finished with a game-high 27 points on 7 of 13 shooting from the floor as he converted 10 of 11 from the charity stripe. Harper also posted five assists and four rebounds in the win.

"Luke has really stepped up his game this year to help fill the void after graduating some good scorers from last year," head coach Jason Beschta said. "The incredible thing is his efficiency -- really good numbers for not taking that many shots. He is shooting the ball from three and finishing at the basket at such a high rate. Additionally, he has been solid at the free throw line, making plays for his teammates and grabbing boards.

"He has really been doing some of everything for us. I'm so proud of him for all of the work he puts in on a daily basis to get himself to where he is now."

The conference honor is the first of Harper's career as he is currently third in the SAC scoring list at 19.3 points per game. He is shooting at a 54 percent clip from the floor this season and 52.9 percent from behind the arc. Harper has now hit the 20-point mark in five of John Brown's first eight games of the season.