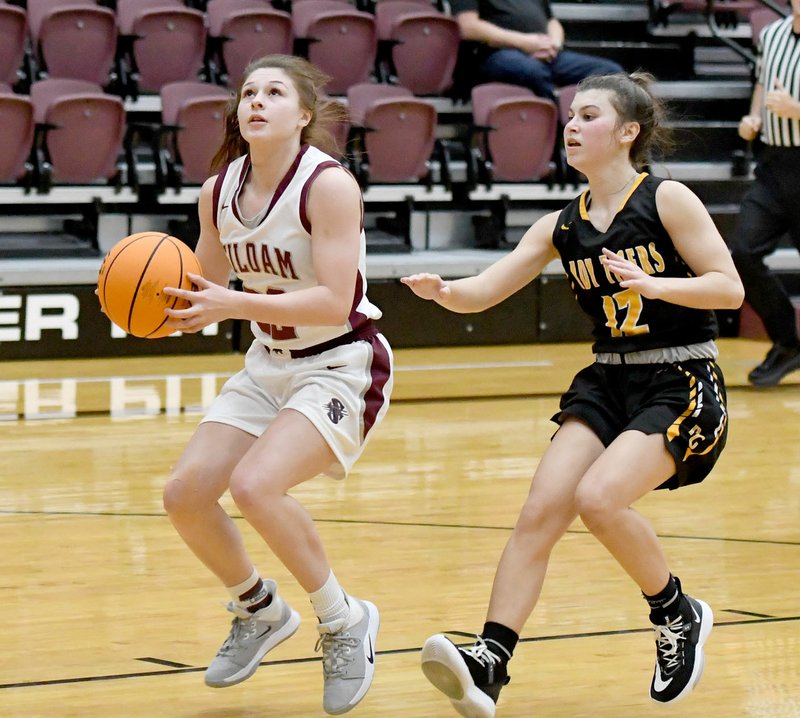 The Siloam Springs' girls offense bottomed out in the third quarter Tuesday night against Prairie Grove, and the Lady Tigers took full advantage.

Prairie Grove rallied from a six-point halftime deficit to mount a double-digit lead in the fourth quarter before finishing with a 59-55 nonconference victory inside Panther Activity Center.

"I thought this was probably the best overall game we've played," said Prairie Grove coach Kevin Froud. "Because as you noticed, most of the time, it was five sophomores out there playing. So we're growing and we're getting better and learning what each other can do. It was a good game for us to win and to figure out how to win. We made some mistakes at the end, but we're learning how to win. That was probably the best overall game."

Siloam Springs (2-2), which was playing without leading scorer Jael Harried for the second straight game, led 29-23 at halftime, but the Lady Panthers only scored four points in a turnover-filled third quarter.

Prairie Grove meanwhile went on a 17-4 run that spanned into the fourth quarter.

"We weren't able to put the ball in the hole and we got to the free-throw line several times and didn't convert free throws," Siloam Springs coach Tim Rippy said. "We got in some foul trouble. They were attacking the glass, and we were out of position a couple of times. A couple of times I thought we were in pretty good position, but it's just the way the game goes. We need to execute better in the third quarter to be able to hold them off."

The Lady Panthers especially had trouble with Prairie Grove sophomore Trinity Dobbs, who scored 12 of her game-high 20 points in the second half before fouling out. Dobbs' steal and score, followed by a pair of free throws gave the Lady Tigers their biggest lead at 46-35 with 5 minutes, 45 seconds remaining in the game.

"It was a great team effort," Froud said. "(Dobbs has) got the ability to do that every night. She's a special player. I've got a couple more over on the bench that can play and help us when they get healed. We're just learning how to play and young. I'm just proud of the girls for how hard they played."

Torie Price, who added 17 points for Prairie Grove, has another steal and score later in the third to put the Lady Tigers (2-4) up 49-40.

Siloam Springs made it interesting at the end.

Sydney Moorman scored a pair of baskets and hit two free throws, while Mia Hevener converted a three-point play. Morgan Winesburg also added a bucket after a Prairie Grove turnover to make it 58-55 with 2.8 seconds left.

Price split a pair of free throws with 1.7 remaining to set the final score and end any hope of a Lady Panther rally.

"We did everything right there at the end trying to give ourselves a chance, which was good to see," Rippy said. "It's the first time we've been in that situation. You'd like to see us play cleaner earlier in the game."

The Lady Panthers play at Huntsville on Tuesday.