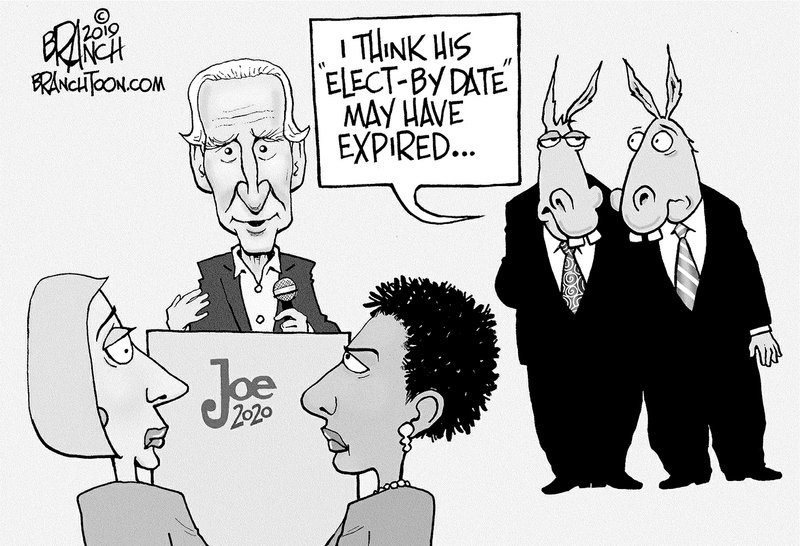 I can feel the tongues wagging as I start this column on the presumption that Sarah Huckabee Sanders may be considering the 2022 Governorship of Arkansas.

So, casting all the GOP and Democratic nattering nabobs aside, I simply say this: Why not? Why won't she run for Governor of Arkansas, if she so chooses.

Here is a list with a little commentary on 25 reasons Sarah Huckabee Sanders could be a candidate for the 2022 race (which occurs in 2021) for Governor of Arkansas.

No. 1 -- She is a woman. At least four females in the past have tried, but none made the victory.

No. 2 -- She is not Lt. Gov. Tim Griffin, the apparent GOP heir in waiting for the open governorship.

No. 4 -- Maybe it is time for a woman to run Arkansas? Women tend to be better at assessing problems, getting the job done and for the most part -- more compassionate and enthusiastic about the tasks at hand.

No. 5 -- She has the political background.

No. 6 -- She has lived in a double-wide trailer -- even if it was at the time on the Mansion Grounds where the Huckabee family was in residence when her dad, former Arkansas Gov. Mike Huckabee, was governor.

No. 7 -- Her dad, former Gov. Mike Huckabee, was, in all reality, a well-liked Governor, who served with a Democratic controlled Legislature for a decade.

No. 9 -- Going back to family, she is the youngest child and only daughter of Mike and Janet McClain Huckabee.

No. 10 -- Just throwing this out there. Her middle name is Elizabeth.

No. 11- She was only the third woman to ever serve as Press Secretary to a U.S. President. Dee Dee Myers in 1993 (for another Hope, Ark., native Bill Clinton) and Dana Perino in 2007 for former President George H. W. Bush.

No. 12 -- Did I mention she is also the mother to three children.

No. 13 -- She was more than just a graduate of Ouachita Baptist University in Arkadelphia -- she was the president of the Student Body, while an OBU Tiger.

No. 14- She is a graduate of Little Rock Central High School -- a public high school and one of the best high schools in Arkansas.

No. 15 -- She has the resume of a campaign organizer, worker, director that few politicians of late, have possessed. She probably is as veteran a campaigner in Arkansas as any or all of her supposed or imagined opponents, should she consider a state-wide race for governor.

No. 18 -- I know she is her own boss. Few will tell her what to do and when to do it. She possesses a rare trait of imperturbability, which few have.

No. 19 -- She's tough. Raised with two older brothers, who would not be tough.

No. 20 - While possessing some of her mom's personality, as well as her well-known jokester dad's self-confidence -- meeting someone one-on-one in the campaign trail -- well, she will be hard to beat for first impressions of old style retail politics.

No. 23 -- She can stick to a schedule and won't talk everyone to death while campaigning. She is not going to run for office to hear her own voice.

No. 24 - Can she capsize the presumptive Hutchinson line-up of passing off the Governor's office in 2021? Sure she can with a self-confidence to run the GOP phalanx like few others.

-- Maylon Rice is a former journalist who worked for several northwest Arkansas publications. He can be reached via email at maylontrice@yahoo.com. The opinions expressed are those of the author.