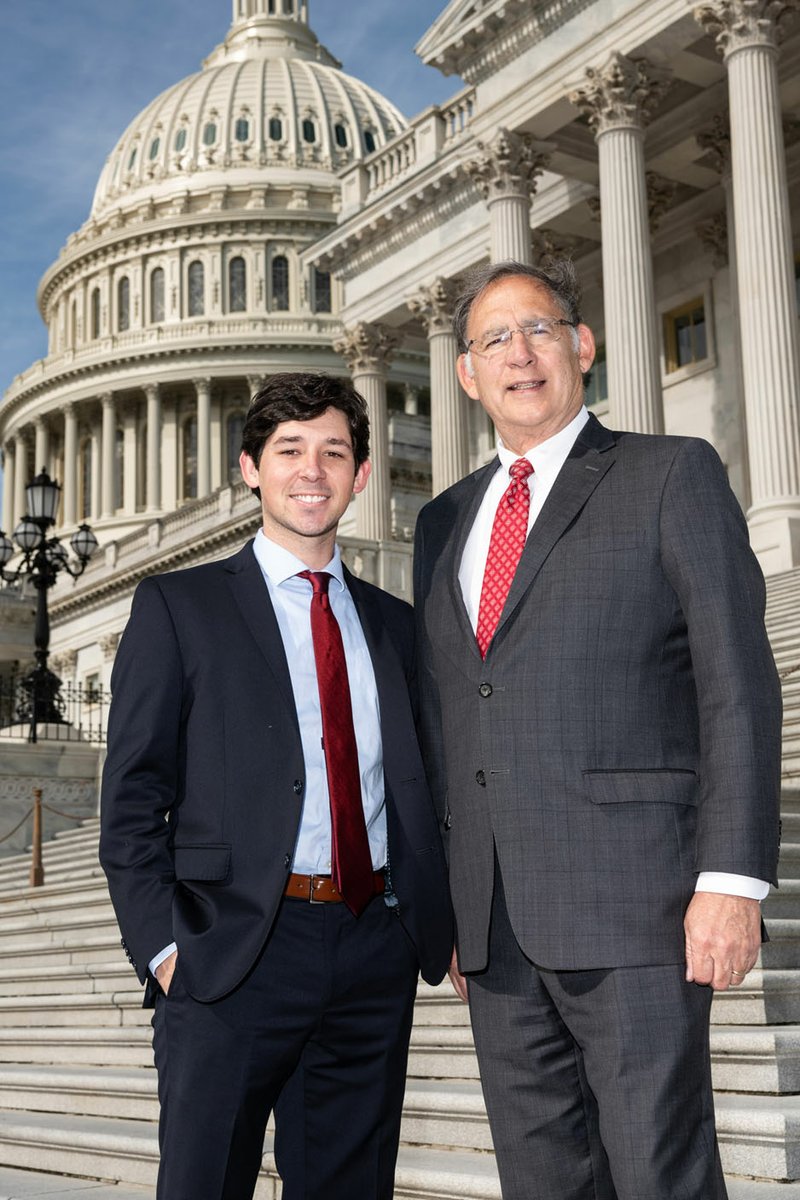 Photo submitted Will Easley stands on the steps of the U.S. Capitol with U.S. Senator John Boozman.

Siloam Springs residents calling U.S. Senator John Boozman's Washington office may have heard a familiar voice at the end of the line.

While in Washington, Easley attended committee hearings and legislative briefings, worked with congressional staff on various state and federal projects, provided constituent services to visiting Arkansans, attended lectures from a variety of speakers, gave tours of the U.S. Capitol building and shadowed Boozman for a day to get an idea of what his daily routine is like.

"It has truly been an honor getting to serve the state of Arkansas in Washington, D.C. This experience has been incredible and I've learned more than I could have expected. Being able to shadow the Senator was a huge eye opener because now I can truly appreciate how hard Senator Boozman works for our state," Easley said.

"Will has been a tremendous ambassador for our state during his time in Washington. I appreciate his contributions to my communications team in helping me engage with Arkansans," Boozman said.

Easley is a 2019 graduate of the University of Arkansas in Fayetteville where he received a Bachelor of Science degree in marketing and a minor in enterprise resource planning. He is the son of John and Heather Easley.