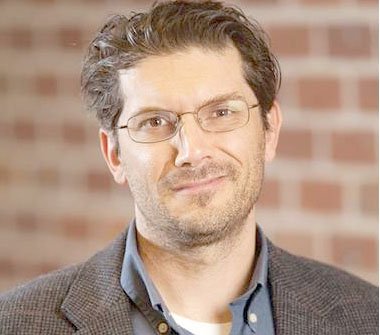 I'm a history teacher, so over the years many people have repeated to me the famous line about those not knowing the past being doomed to repeat it. I don't use the line myself because I don't believe it. We can know the past perfectly well and still repeat the same mistakes.

When I began interviewing veterans in the 1990s, participants in World War II were easy to find. No longer. I don't know how many people have said to me over the years that they wish they had recorded the war memories of a father, uncle, brother or husband before it was too late. But many veterans of the WWII generation left this world without leaving a personal statement about their service to the country. The loss is total and irretrievable.

Sadly, the same process is now underway with Vietnam veterans. These are in their late 60s and early 70s, and the facts of life expectancy are what they are. More of these veterans are leaving us each day, and they are taking their untold stories with them, to everyone's loss.

It is true that the second World War and the struggle in Vietnam were very different. The former was not controversial, the latter obviously was. The first united the country, the second divided it. The Vietnam War was, and still is, a difficult thing.

This is why it's all the more important for Vietnam veterans to share their own stories in their own way. It's a mistake to leave storytelling about the war to journalists, documentarians, teachers and politicians.

Some Vietnam veterans say no one cares. This is not true. Last year a combined total of more than 600 people turned out at two events at John Brown University to listen to Vietnam veterans from Siloam Springs and the region share memories of their time in Southeast Asia. C-Span broadcast one of these events nationally, and regional media reported on both events. There is plenty of interest.

Some Vietnam veterans are concerned that people with political motivations will twist their words. But recorded, unedited conversations allow veterans to say whatever they want however they want. If they feel the war in Vietnam was a worthy cause, they can say so. If they feel differently, they can say so. Some veterans say that their particular roles were unimportant. But each role contributed to the whole.

Combat veterans understandably say that many things are too terrible to discuss. But not everything needs to be discussed.

The important thing is for veterans simply to speak -- to tell the rest of us some of the things that stand out in their minds. If they do not do so, the loss will be total and irretrievable.

I have been focusing on Vietnam veterans, but we also need to hear from veterans of the Iraq and Afghanistan conflicts. And we need to hear from people whose loved ones went to war. What was war like for the parents, spouses and siblings of service members in combat zones?

The website "War and Life: Discussions with Veterans," linked to the history department at JBU, is devoted simply to letting veterans share whatever they are willing to share. The only point is to promote knowledge about the world of war from the individual's point of view. Any veteran who served in any capacity in any conflict is welcome and invited, as are the loved ones of veterans who served in combat zones.

A window of opportunity is open from now through early August. Search https://warandlifediscussions.weebly.com/ and contact Preston Jones at 479-238-8688 or [email protected]

-- Preston Jones is a history professor at John Brown University. The opinions expressed are those of the author.