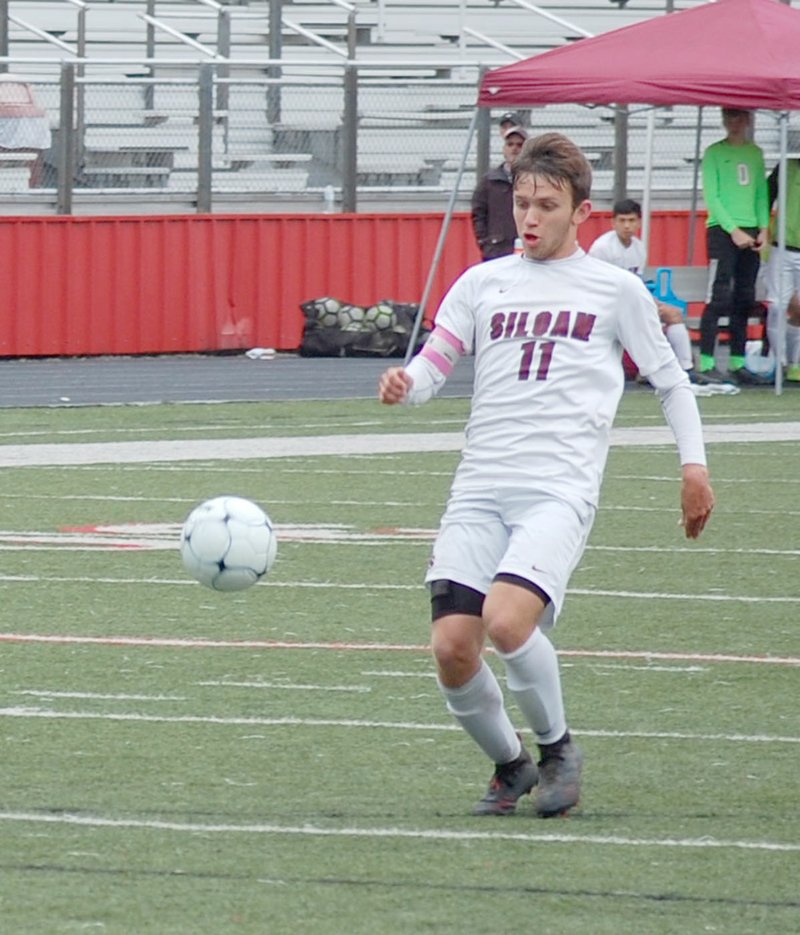 Graham Thomas/Herald-Leader Siloam Springs senior Eli Jackson was named to the Northwest Arkansas Democrat-Gazette's All-Area Boys Soccer Team. Jackson helped the Panthers (18-6) reach their fifth straight state finals and finish state runner-up for the second straight year. He finished the season with 24 goals and 17 assists and 54 goals and 27 assists for his career.

A trio of Siloam Springs soccer players were recognized on Sunday with the release of the Northwest Arkansas Democrat-Gazette's All-Area Soccer Teams.

Boys soccer players Eli Jackson and Christian Marroquin and girls soccer standout Laura Morales were all named to the team, which was selected by area sportswriters with the input of local coaches.

Jackson, an all-state forward, finished the season with 24 goals and 17 assists as the Panthers (18-6) advanced to the state championship game for the fifth straight season and finished as state runners-up. Jackson finished his four-year career with 54 goals and 27 assists.

Jackson also was recently named to the All-Arkansas Preps Boys Soccer Team and will be recognized at the annual banquet at the Statehouse Convention Center in Little Rock.

Marroquin, an all-state midfielder and the 2017 NWADG Newcomer of the Year, saw his season cut short by a broken foot in the last regular game of the season against Russellville on May 1. Before the injury, Marroquin had scored 16 goals with 15 assists. He finished his career with 44 goals and 36 assists.

Both Jackson and Marroquin helped the Panthers win state titles in 2016 and 2017.

Morales, an all-state midfielder/forward, scored 17 goals and had eight assists for the Lady Panthers (14-8). Morales finished her career with 55 goals and 30 assists and helped Siloam Springs win three state titles in 2016, 2017 and 2018. The Lady Panthers were knocked out in the quarterfinals of the Class 5A state tournament in 2019.