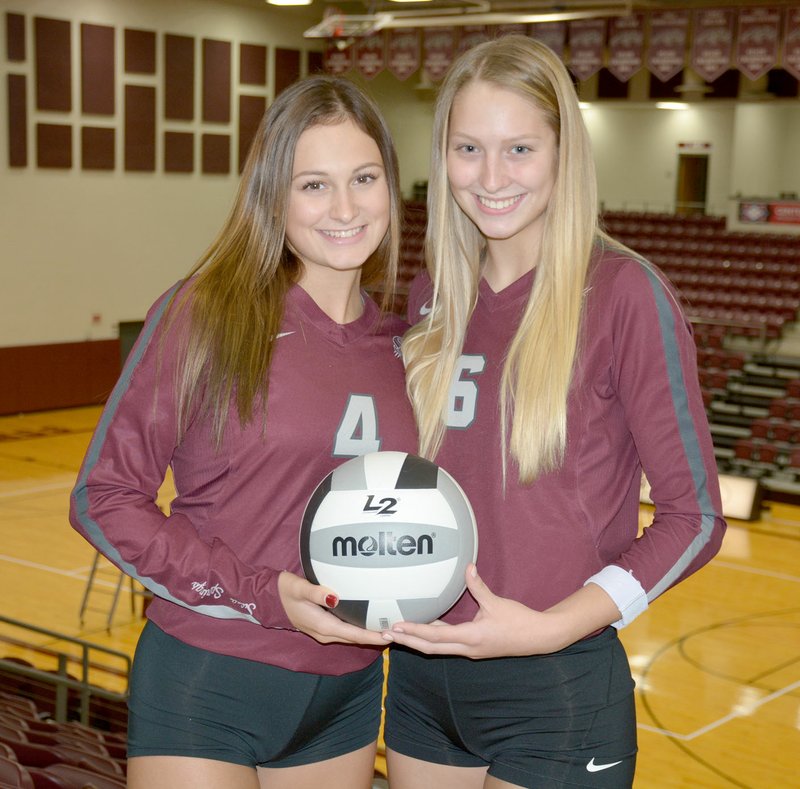 This week, the Chloe to Ellie show has one last performance.

Price and Lampton will represent Siloam Springs on Friday as they play for the West All-Stars in the annual Arkansas High School Coaches Association All-Star Volleyball Match, which will be held at 6 p.m. at the Farris Center on the campus of the University of Central Arkansas in Conway.

"It's a big thing because we're representing the state," said Price, the Lady Panthers' setter for the last four seasons. "To get to do it together, that's fun."

Both Price and Lampton -- who were also club teammates for Ozark Juniors -- are going to continue their volleyball careers at the next level, with Price heading to Coffeyville Community College (Kan.) and Lampton playing at John Brown.

Both report to their respective schools in early August, but they're looking forward to the chance to play together one more time.

"I'm excited because it's going to be our last time to play together," said Lampton, who plays outside hitter."

With only 15 players on the West roster, and each conference only getting two nominations, it can be difficult to get two players from the same team.

But Siloam Springs head coach Joellen Wright said coaches from the 5A-West Conference were in agreement that both Price and Lampton deserved to be on the team.

"When we got to that conference coaches meeting, and we got to that part where you nominate your senior players, it was automatic," Wright said. "I said, 'Look I know I have two, but my two need to go.' Jennifer Golden was the first one to pipe in and say 'you bet.'"

"I think it will be cool," Price said of playing for Golden. "It's a Siloam-Greenwood thing. We're always going against each other but we'll be on her team now."

Price finished her career with 1,679 assists in four seasons at Siloam Springs. Many of those assists went to Lampton, who had 1,105 kills.

Both were named all-state in Class 5A their senior year and all-state tournament as the Lady Panthers (20-12) advanced to the state semifinals for the second straight year.

Assistant coaches are Jordan Devine of Paris, Bridget Freeman of Hackett and Christina Lawrence of Rogers.