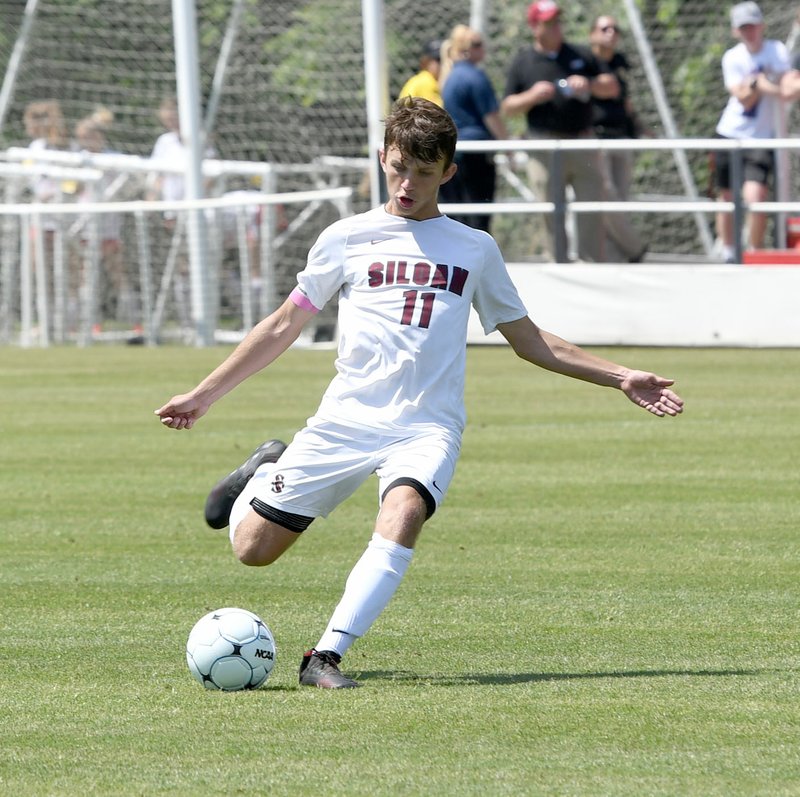 Laura Morales and Eli Jackson are getting the chance to play among the state's best high school soccer players.

The two Siloam Springs standouts were selected to play in Friday's Arkansas High School Coaches Association All-Star Games, which will be held on the famous purple and gray turf of Estes Stadium on the campus of the University of Central Arkansas in Conway.

Both Morales and Jackson are deserving of the honor to play in the game, according to their coaches.

Morales led the Lady Panthers (14-8) with 17 goals and eight assists and finished her career with 55 goals and 30 assists. Morales was a three-time state champion with Siloam Springs in 2016, 2017 and 2018 and the Lady Panthers advanced to the 5A quarterfinals in 2019.

"The 5A-West (girls) coaches voted for the two seniors who deserved to be in the all-star game," said Siloam Springs girls coach Abby Ray. "When I said Laura's name there was a unanimous agreement from the coaches that she deserved to be in the game. She has proved herself to be among the best players in the state and is very deserving of this opportunity. She is the type of player that gives everything she's got from line to line and whistle to whistle."

Ashley Wilson of Green Forest is the West head coach and will be assisted by Fabrizio Campagnola of Springdale Har-Ber, Jason Gentry of Benton and Stephanie Mitchell of Prairie Grove.

"I feel like it's a huge honor to play in the all-star game," said Morales, a two-time all-state selection. "Working on and off the field has made a huge impact in not only for myself but to represent the Siloam district as well. I have worked hard to get where I am now and it's time to show it."

Jackson exploded for a career-high 24 goals and 17 assists in his senior season in leading the Panthers (18-6) to the Class 5A title game.

The John Brown signee finished his career with 54 goals and 27 assists along with two state titles in 2016 and 2017. Jackson was the MVP of the 2017 state title game after scoring a hat trick in a 4-0 victory over Mountain Home.

"Eli had a brilliant career for us and this is just the icing on the cake," said Siloam Springs boys coach Luke Shoemaker. "He earned this honor way back in September when he was working his tail off to be the best player he could be. I'm excited to watch him play in one last 'high school' game, only this time I will get to enjoy it as a fan and not as his coach. I'm proud of him and honored that I got to be his coach. JBU is getting a good one."

"It's a tremendous honor," said Jackson, an all-state selection. "I couldn't have gotten it if it wasn't for Coach Shoe and my team. This seems like an individual honor, but it really isn't because without all of my teammates and coaches and their support, I could have never gotten it. God has blessed me with a tremendous group of brothers and all the success is to the glory of God, and I could've never done it without Him."

Jackson's teammate, Christian Marroquin, also was selected to play in the game but is injured and unable to participate. Marroquin broke his left foot playing against Russellville on May 1 and missed the Panthers' playoff and state title games. He finished the season with 16 goals and 15 assists and 44 goals and 36 assists for his career.