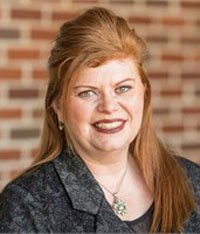 John Brown University announced this week the appointments of four new deans to its colleges and programs, effective July 1.

The appointments include Ryan Ladner, dean of the Soderquist College of Business; Richard Ellis, dean of the College of Education & Human Services; Stacey Duke, dean of The Graduate School; and Joe Walenciak, dean of business development and strategic partnerships in the Office of Academic Affairs.

Ladner began serving as the associate professor of marketing and chair of undergraduate business programs at JBU in 2015. In 2017, he became the chair of Graduate Business programs. Before JBU, Ladner was a district sales leader in the Frito-Lay division of PepsiCo North America and then served in various roles at Bryan College and Palm Beach Atlantic University. He received a B.S.B.A. from The University of Southern Mississippi, a M.B.A. from Mississippi College, a M.A. from Liberty University and a D.B.A. from George Fox University.

Ellis held faculty and administrative positions at colleges in Michigan and Virginia prior to coming to JBU in 1993. Ellis helped initiate JBU's Online Undergraduate programs, previously known as Degree Completion program for adult learners, in 1993 and was appointed dean of The Graduate School in 2004. He also directs and teaches for the M.A. in Higher Education program. He earned his Ph.D. from the University of Michigan, a M.Div. from Biola University in California and a bachelor's degree from William Tyndale College.

Duke came to JBU in 2015 to serve as the dean of online undergraduate programs and strategic initiatives. As such, she oversees all of the operations for the online undergraduate curriculum, team and faculty, and she provides leadership for the development of academic partnerships with businesses and two-year institutions throughout Arkansas and Oklahoma. Duke will continue in this role in addition to becoming the dean of The Graduate School. She has taught business, leadership and communication courses at JBU in the graduate and undergraduate programs. Before joining JBU, she served as the assistant dean of adult and graduate studies at Bryan College. She earned her D.S.L. from Regent University in Virginia, a M.B.A. from Bryan College in Tennessee and a bachelor's degree from Southeastern Louisiana University.

Joe Walenciak holds a Ph.D. and M.A. from the University of Arkansas and an undergraduate degree from JBU. He has been a member of JBU's business faculty since 1982, teaching business classes in the undergraduate, online and graduate programs. He has also chaired the undergraduate, graduate and online business programs and was the dean of the College of Business. His recognitions include being named as SIFE USA Sam Walton Fellow of the Year, SIFE USA Hall of Fame, Christian Business Faculty Association Richard C. Chewning Award, JBU Teacher of the Year and JBU Outstanding Alumnus.

"With outstanding careers, Ladner, Ellis, Duke and Walenciak have the experience to provide excellent leadership in their new roles," said Ed Ericson, vice president for academic affairs. "JBU has such a high caliber of faculty and staff, and I am confident they will further JBU's mission of providing a high-quality education to prepare students to be successful in their careers, love God and be change agents in this world."