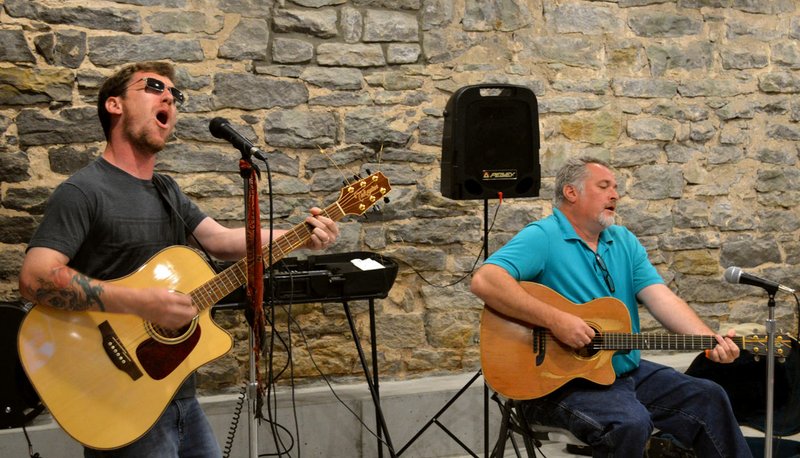 The Siloam Springs Center for the Arts kicked off a season of fundraising Saturday with the first Art of Home Brew Showcase.

The Home Brew Showcase is the first of several events the SSCFA is hosting to raise money for a building and bring awareness for the arts. The building the organization has its eye on is the M.E. Gaither Mill at 201 N. College St. The SSCFA needs to raise $200,000 by Oct. 31 to purchase it, said Shawn Hunter, SSCFA president.

The SSCFA grossed $2,857.74 from ticket sales, donations and small item purchases such as beer soap and pretzel necklaces, according to Gary Davidson, SSCFA treasurer.

Eleven brewers competed with 17 different brews for a people's choice award, brewer's choice award and "The Jack," or judges award, named in honor of the "father of craft brewing" Jack McAuliffe.

McAuliffe is credited with starting the first craft brewery in the country in 1976.

Home brew is created after brewers mash a mixture of grains and malts, boil it until it becomes what's called wort, then separate the mixture and cool it to healthy fermentation temperatures, said James Coody, a Siloam Springs bartender. Next, yeast is added and the mixture sits until it turns into beer. Finally, the beer is filtered, carbonated and cellared to let the beer reach a "desired flavor profile," Coody said.

"Home-brewing is all about turning your passion and joy for beer and directing it toward a recipe that can maybe create a smile and bring people together," Coody said. "Home-brewing should always be about the people around you, the ingredients and a proper respect to the brewers before you."

Other SSCFA fundraisers include Shakespeare in the Park on June 22, Battle of the Bands on Aug. 3, a fundraiser breakfast in September and a Christmas dinner theater in December.