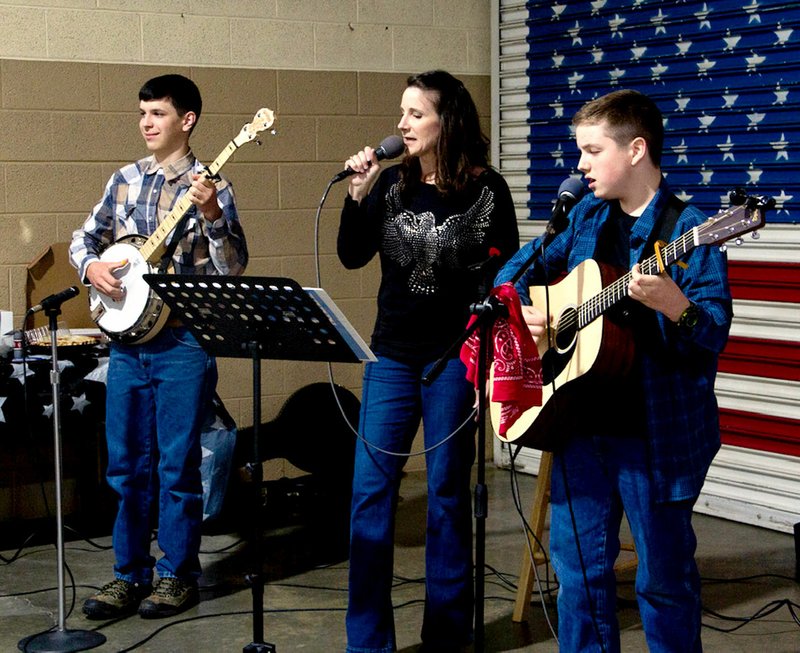 Photo submitted The O'Kelly Family of O'Kelly Automotive played patriotic bluegrass music for some of the entertainment of the evening.

O&A (Oklahoma and Arkansas) Honor Flight held a Spring Fling Banquet on April 13 at the Siloam Springs National Guard Armory to raise money to provide veterans with a trip to Washington D.C.

The nonprofit provides fully funded flights for veterans to go see the monuments and memorials built in their honor in Washington D.C., according to organizer Jessica Duncan. The money raised at the spring fling banquet will go towards an upcoming flight in October.

Duncan said the banquet was a success with plenty of support from local businesses and organizations.

"It was a wonderful night complete with a live auction, entertainment and lots of people coming to help support and honor our veterans," she said.

O&A Honor Flight officially became a member of the Honor Flight Network in September 2015. The nonprofit gives top priority to World War II Veterans, Korean War Veterans and Vietnam Veterans along with other veterans who may be terminally ill. More information is available at oahonorflight.org.