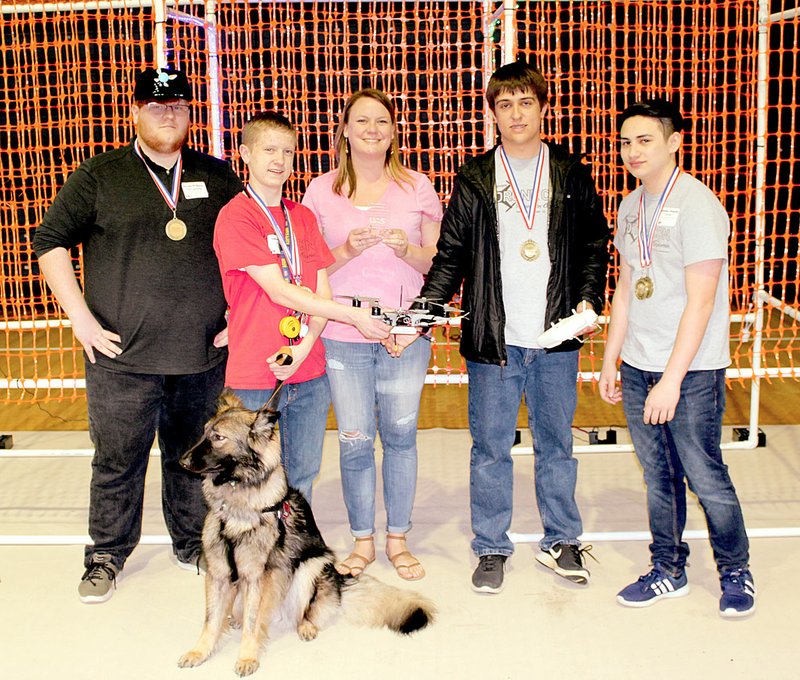 A team from Siloam Springs High School's first-year drone program swept its categories during a competition at the University of Arkansas Fort Smith earlier this month.

In preparation for the competition, the students built a drone from a kit, modifying several features as they went along then 3D printed the drone's arms, then programmed the aircraft. They also put together a video and presentation about the design process for the judges, Denison said.

The team designed their drone to be clean, tiny and fast, Jackson and Craddock said.

During the competition, teams flew their drones in a series of three brackets through an obstacle course that included a series of vertical and horizontal poles, as well as mesh tubes and walls. Teams were judged by their ability to navigate the course as well as the time to completion, according the the university.

Siloam Springs was the first team to fly the course during the first bracket and set a record of 1 minute 20 seconds that went unbeaten until the team broke their own record during the last bracket with a flight of 48 seconds, Ketcher said.

"It was really fun to watch because my guys went through that obstacle course really smooth, half the other kids crashed and wrecked their drones," Denison said.

Craddock said the win was especially meaningful to the team because this is Siloam Springs' first year to have a drone program while many of the other drone programs are 3 years old.