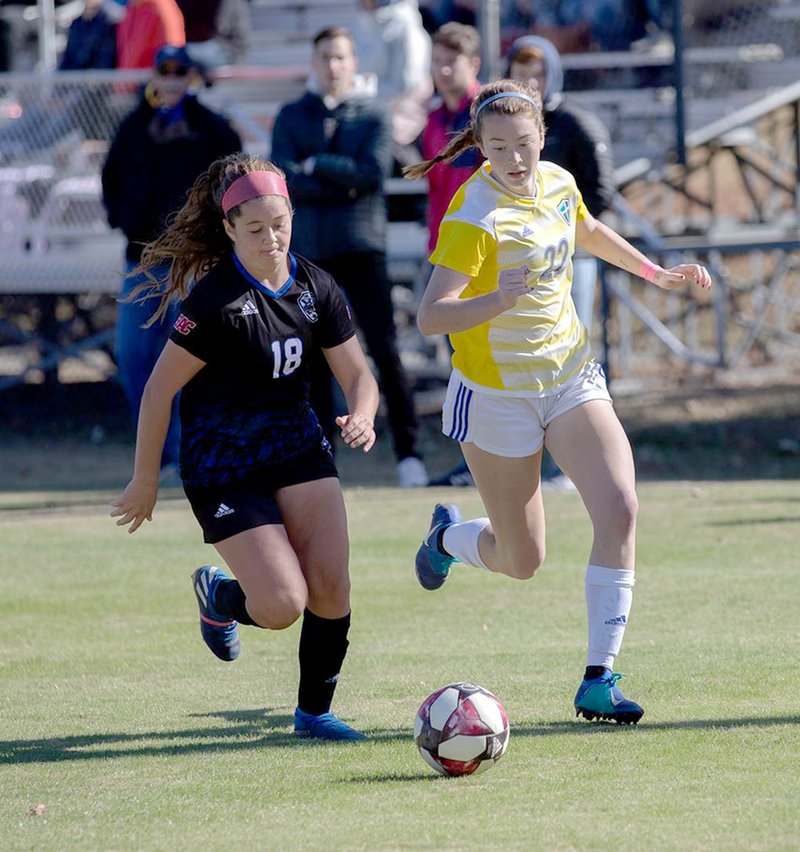 The No. 10 John Brown University women's soccer team was unable to pull away from Southwestern Christian (Okla.) as the squads settled for a 1-1 double-overtime draw on Saturday afternoon at Alumni Field.

The draw drops the Golden Eagles to 1-1-1 in their last three matches, and allows Science & Arts (Okla.) to claim the Sooner Athletic regular season title outright. Mid-America Christian (Okla.) defeated Texas Wesleyan 1-0 in double-overtime as well, which would have vaulted John Brown into almost certain championship status if it weren't for Southwestern Christian on Saturday.

JBU (11-3-2, 6-1-1 Sooner Athletic) peppered the visiting Eagles and keeper Jordyn Howle to the tune of 28 shots, allowing just two in the 110-minute affair.

Freshman Jenna Miller tallied the match's opening goal in the 21st minute. Sophomore Alair Love started the play with a pass up the right flank that found senior Anne Metz attacking the goal from the wing. Metz played a low pass across the SCU box that targeted Miller at the back post for a tap-in tally. It was the freshman's seventh goal of the season.

Neither team could score again for the remainder of the match. SCU was unable to as it was limited to no shot attempts over the second half and overtime. The Golden Eagles racked up 16 such attempts, but failed in finding the game-winner and keeping its aspirations of a fifth SAC regular season title alive.

Howle recorded 12 saves in the draw. Logan moved to 11-3-2, allowing the only SCU shot on goal to sneak past.

JBU was scheduled to return to action on Tuesday at home against Mid-America Christian, a game that was rained out Oct. 30. Results were not available at presstime.