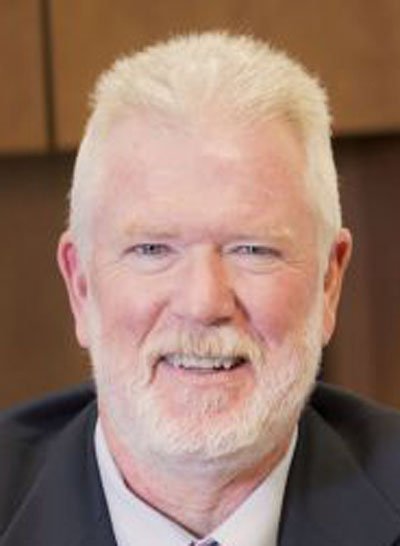 City Administrator Phillip Patterson apologized during Tuesday's city board meeting for the city's failure to sound sirens before the two tornadoes and high winds hit the area on Oct. 21 and presented a plan of action to ensure it won't happen again.

The first tornado hit Adair County, Okla., at midnight and the second tornado touched down in Siloam Springs at 12:08 a.m. The sirens did not sound until 12:13 a.m., according to an article published in the Herald Leader on Oct. 27.

Patterson had previously issued a public statement apologizing for the failure on sounding the sirens on Oct. 23 on the city's website.

"We apologize to the public for that failure," Patterson said again on Tuesday.

There are currently no dispatchers working from 10 p.m. until 6 a.m., Patterson said. During that time, all 911 and non-emergency telephone calls are rolled over to Benton County's dispatch, he said.

The staffing issue is due to some people quitting and others going on family medical leave, according to Patterson. The last time that there was a full staff in the dispatch center was early summer, he said. The city is diligently working to train new employees and fill the open positions but it will take time, he said..

Patterson outlined a plan to activate the weather operations center when severe weather is forecast to hit the city within two hours. He defined severe weather as tornadoes, winds in excess of 65 miles per hour, hail that is three-quarter-inch in diameter or greater and any thunderstorms that are capable of producing tornadoes.

Sirens will now be sounded if a tornado warning is issued for any part of the city as well as Adair and Delaware counties in Oklahoma, where the polygon stops at the state line, according to Patterson. Both the fire and police departments will receive additional training on the radar software, he said.

"This last test, which was at 1 p.m. on Friday Nov. 1, all sirens worked. ...The only one that is not working today is the one that was destroyed by the tornado at the airport," Patterson said.

"These policies and procedures that I am implementing will eliminate that problem, and I assure you, this board, that moving forward the alarms will sound in the event of severe weather," Patterson added. He also disclosed the amount of damage that the city of Siloam Springs suffered from the F-1 and F-2 tornadoes.

As of Tuesday, Nov. 5, 236 residential structures and 27 non-residential buildings received damage from the storm, according to Patterson. Uninsured losses for the city are estimated to be $1.5 million, he said. The majority of that amount is the damage done to the electrical power lines, he said.

A total of 117 electric poles, 35 transformers and 48 light poles were lost during the storms, Patterson said. He anticipates debris removal for the city to cost an additional $130,000 to $150,000.

Debris removal will start this week with the staff picking up the rubble that was cleared from the streets on the night of the storms and moved on to the curbs he said.

Then the crews will move into the neighborhoods affected by the storms, Patterson said. He advised residents to be patient in regards to storm cleanup and reminded them to push all debris towards the curb.

"I make no promises how long it takes us to do this," Patterson said. "It may take two months. It may be three months."

Patterson thanked city employees from the various departments who helped out during the crisis, which included the police department, fire department, public works and street department.

He also thanked employees from the electric department as well as crews from Grand River Dam Authority and the cities of Bentonville, Clarksville, Monett, Mo., and Tahlequah, Okla., Stilwell, Okla., Claremore, Okla., and Skiatook, Okla., for helping to restore power to more than 2,700 customers affected.

Other business discussed during the meeting, included the acceptance of a grant from the Walton Family Foundation for construction plans for the renovations on East Main Street. The amount of the grant was $143,175 according to a letter received from Lisa Montez, the secretary and general counsel for the foundation. One of the conditions of the grant was that the city provide matching funds.

The motion to accept the grant was passed with only Director Lesa Rissler voting against it. Rissler said she voted no because she did not want to pull funds from the city's reserve in case there is another emergency.

Ordinance 19-25 was withdrawn by the board due to discrepancies and public opinions against the ordinance. One of the issues surrounding the ordinance mentioned was restricting drive-thru hours to 7 a.m. until 10 p.m. for restaurants located near residential areas.

Ordinance 19-26 was placed on its first reading. The ordinance would allow fireworks to be shot off for a number of days during the Independence Day holiday and New Year's, according to Criner. The ordinance was approved to be placed on its second reading, however, Director Carol Smiley did want the staff to change the times that fireworks are allowed on the ordinance.

Local citizen James McGuire spoke during the public comments portion detailing sewer trouble that he has had since February 2015. Patterson said to McGuire that the city would be in touch the following day.

Other actions taken by the board include:

• A budget amendment to reallocate funds for a taxi van, as well as a van for the newly created facilities coordinator position was passed.

• The appointment of Kameron Slater to the Arkansas Public Education Facilities board.

• A 2018 Financial Statement Audit Report from Hinkle & Company was presented. This is an independent audit that the Tulsa-based firm conducted.

Print Headline: Patterson apologizes to board for storm siren failure