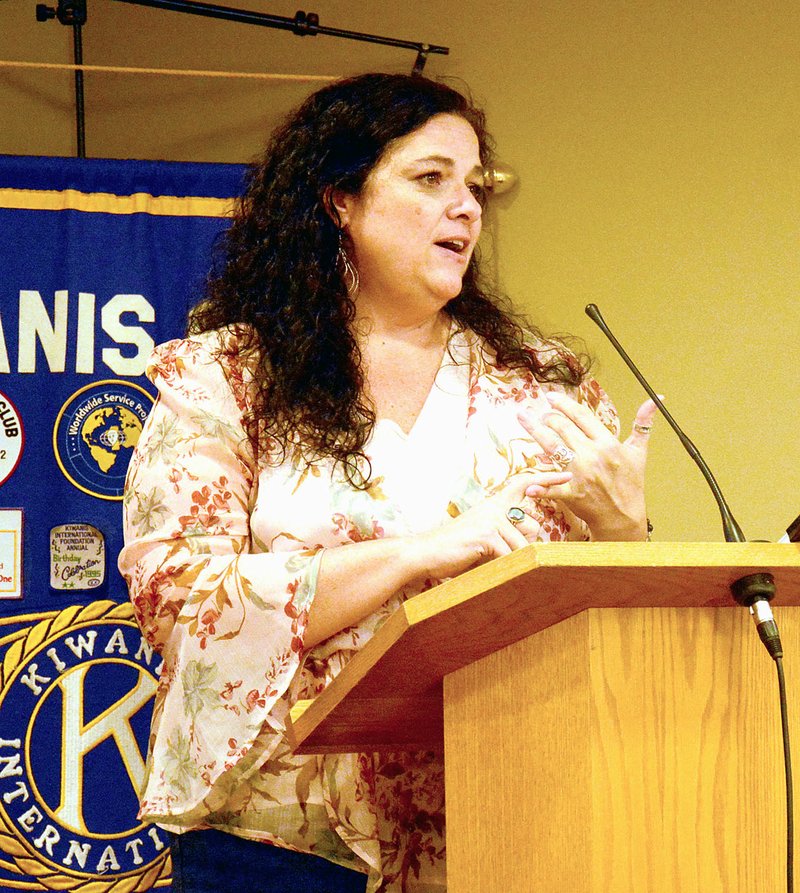 The local Kiwanis Club announced the launch of the Dolly Parton Imagination Library in Siloam Springs during their meeting on Wednesday.

With the help of a matching grant, the club has raised enough money for 80 children in the community under the age of five to receive a quality, age-appropriate book in the mail each month for a year, according to Katie Rennard, Kiwanis Club committee chair. The kickoff for families to sign up for the program will take place from 9 a.m. to 12 p.m. Saturday, Oct. 12, at the Siloam Springs Public Library.

Sunny Lane, director of development for the Helen R. Walton Children's Enrichment Center, and Ronda Burch, coordinator, spoke at Wednesday's meeting to share the impact that reading has on developing children and their future success.

The center is the local affiliate for the Dolly Parton Imagination Library and serves more than 1,300 children in Benton and Washington Counties, and McDonald County, Mo., Burch said.

"Young children's brains are forming at an unbelievable pace during the first five years," Lane said.

Arkansas schools have set a goal of having every child read on grade level by grade three, Lane said. The greatest indicator of whether a child will reach that goal is the number of words they are exposed to in the home between the ages of 2 and 3, she said.

Reading to young children is a great way to increase interactions and the number of words children hear, Lane said.

The program is free to families but local businesses, organizations and individuals sponsor children to be enrolled in the Dolly Parton Imagination Library for $25 a year, she said.

The Kiwanis Club of Siloam Springs raised more than $4,000 through the club's happy dollars and birthday contributions, Rennard said. Happy dollars are donations that club members make at each meeting when they announce things they are happy about and the club has a tradition of each member donating the same number of dollars as their age on their birthday, said President Mike Velo.

The club also received a $250 gift from the Friends of the Siloam Springs Library and a $2,000 matching grant from the Arkansas Imagination Library Foundation, Rennard said. The club saved $2,000 to it can apply for the matching grant again next year.

"Our next effort is to ask for partnerships in the community that care about children having books in their homes that belong to them and we will be seeking people to come alongside of us so we can continue this and apply every year for a match so that we have money ongoing because this isn't something we want to start and stop," Rennard said.

More information about the Dolly Parton Imagination Library is available online at imaginationlibrary.com.