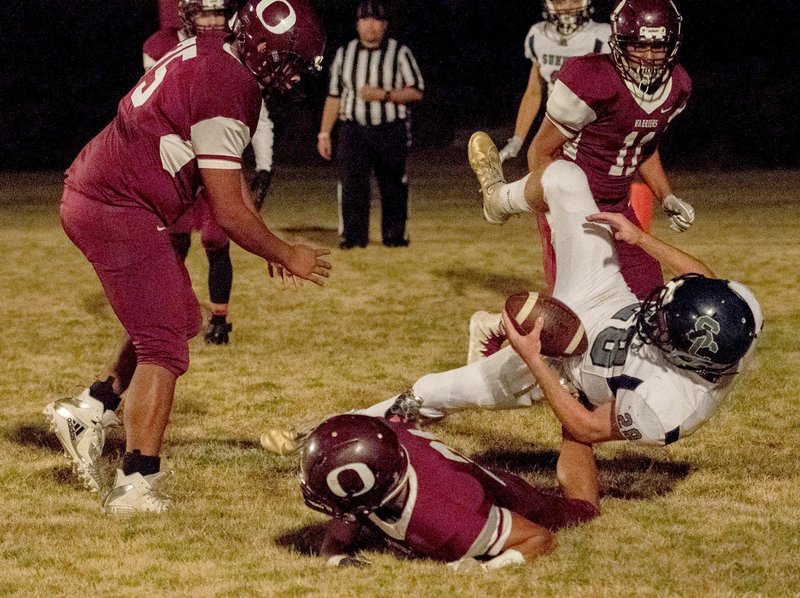 OAKS, Okla. -- Summit Christian put together two strong halves of offensive football and held Oaks-Mission to less than 100 yards total in a 41-0 victory on homecoming at Tucker Field.

The Eagles (5-2, 2-0 District B-8) scored a pair of touchdowns in the first half to take a 14-0 lead and added four more scores in the second half.

Summit Christian sophomore quarterback Wyatt Austin completed 13 of 18 passes for 155 yards and three touchdowns. He threw touchdown passes of 20 and 17 yards to Carson Cooper and a 40-yard screen pass for a score to Dennis Hatley.

Bret Hogshooter led Oaks with nine carries for 31 yards and one catch for 11 yards, while Carlos Balderas completed 7 of 13 passes for 46 yards. Aaron Budder finished with six receptions for 35 yards.

Oaks plays at No. 1-ranked Regent Prep this Friday in Tulsa.