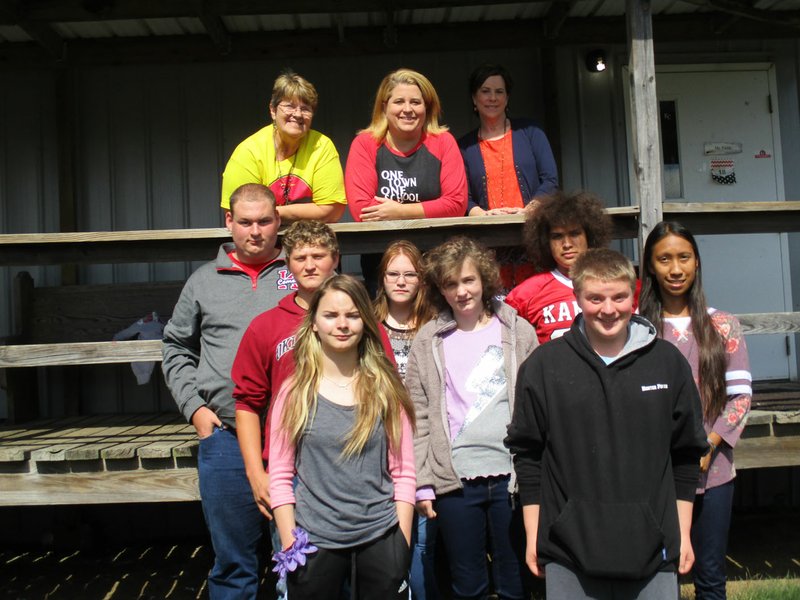 KANSAS, Okla. -- Very few children have the chance to play against professional athletes. However, on Monday, Oct. 28, the World Famous Harlem Wizards will return to Kansas, Okla., to play against the Super Comets, Kansas Public School's Special Olympics team.

The event will take place at the Kansas Events Center, located at 700 North Woods in Kansas, and serves as a fundraiser for the Super Comets. According to Heather Lovell, Super Comets head coach and high school social studies teacher, the upcoming fundraiser will be a main source of funding for the team.

"They attend local and state competitions so the money that we raised for them will go toward attending those state and local competitions," Lovell said. "It can also help pay for uniforms, travel expenses, hotel rooms also for their meals. They went to Muskogee, they went to Owasso. They play in lots of different sports: flag football, bowling, track and field."

Lovell said the team plays an important role in the lives of its members. Participation helps to curb dropout rates, as well as suicide among young people, she said.

The team also serves to promote inclusion among the students because the Super Comets is a united team that is made up of kids with and without special needs. The Super Comets play a variety of sports such as flag football, bowling, track and field, and basketball and will be one of several teams that will play against the Harlem Wizards at the fundraiser. The other teams will be comprised of area firefighters, alumni, ministers and KPS teachers.

According to the Harlem Wizard's website, the team has been a staple in the world of show basketball since 1962. What separates the Wizards from other show teams like the Harlem Globetrotters is that the Wizards primarily play for schools and nonprofits. With a roster of talented players that include former Globetrotters Eric "Broadway" Jones and Dwayne "Swoop" Simpson, and former Academic All American "King Arthur" Lewis, the Harlem Wizards have dazzled their audiences with their on the court antics and interactions with the audience members, the website states.

This is not the first time that the Harlem Wizards have played at KPS. According to Vickie Joyce, a speech and language therapist for Kansas Public Schools, the Wizards played in Kansas five years earlier.

"We had them once before," Joyce said. "They were here five years ago and the crowds [and] community just loved them. I thought well it's time to do another kind of big event fundraiser."

The fundraiser will take place at 7 p.m. Tickets are $25 for court side-plus tickets, which allow for meet and greets with the players, pictures and food; $18 for reserved tickets which are for rows one through three; and $10 for general admission tickets. Tickets will also be available for $12 at the door. All proceeds will go towards needed items for the team such as money to travel to compete in events, uniform expenses and other related expenses.