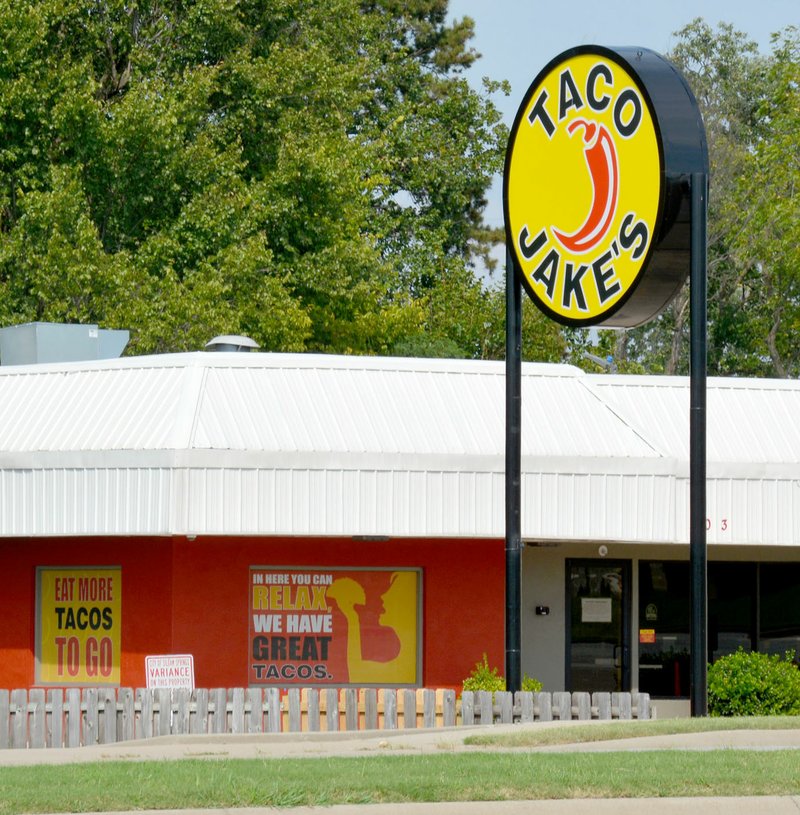 Taco Jake's closed indefinitely Friday as owner Jacob Frese awaits a decision on a drive-thru variance from the city's board of adjustment he says will determine whether or not the restaurant opens again.

"We felt like the drive-thru was the only way to make this business a success because we're not cash-flowing," Frese said. "Ultimately, what we are headed toward, if the board of adjustment denies us again is we will have to permanently close."

The board of adjustment denied Frese a drive-thru variance for the building, located at 403 U.S. Highway 412 W., during its Aug. 13 meeting. Commissioner Ted Song and Chairwoman Judy Nation were absent. Commissioner Karl Mounger and Vice Chairman Todd Colvin both voted against the variance; the variance needed four votes to pass.

Frese said he has since updated the plans and will present them to the board of adjustment during its Oct. 8 meeting.

According to a staff report, the former driveway that would have wrapped around the building to create a drive-thru would encroach into five of the required six feet greenspace buffer, leaving a 1.2 foot clearance from the edge of the property line to the drive-thru. While this conflicts with current city code, city staff agreed with Frese that this situation is considered a hardship since the building is unique, in that it was built parallel to Highway 412, not parallel to the east and west property lines like neighboring properties.

"We came in to Siloam Springs and we thought that Siloam Springs was ready for a fast casual restaurant, which is quicker food, no drive-thru, but higher quality food," Frese said.

Vice Chairman Colvin denied comment on the variance until the next board of adjustment meeting.

Commissioner Mounger echoed concerns he stated during the Aug. 13 meeting, saying he didn't feel like the property had enough room to support a drive-thru.