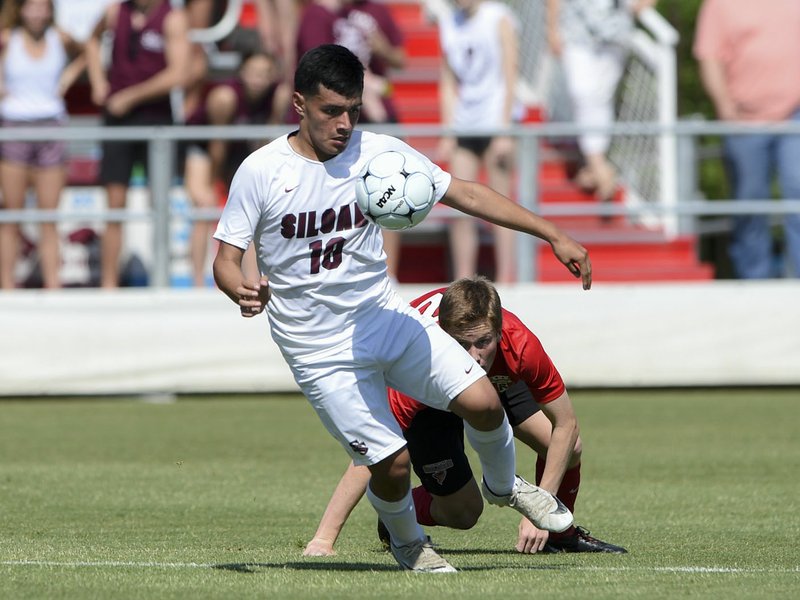 Few teams want to get back on the field more than Siloam Springs, a powerhouse program in boys and girls soccer.

Siloam Springs has been to the state finals in boys soccer every year in the last decade except for 2010 and 2014. The Panthers are eager for another opportunity after losing 1-0 in the Class 5A finale to Russellville at the University of Arkansas' Razorback Field last season. It was the second straight loss to Russellville in a championship match after Siloam Springs won back-to-back titles in 2017 and 2016.

But an opportunity to take the field again remains in jeopardy with schools throughout the state closed and spring games postponed because of concerns about the spread of covid-19. A dead period has been extended to April 17 after the Arkansas Activities Association began to cancel state championship games in basketball on March 13 after one day of play in Hot Springs.

School is out at Siloam Springs until at least April 20, a day before the Panthers are scheduled to host Alma in a 5A-West Conference match. That match appears unlikely as fears about the spread of covid-19 have accelerated.

"Right now, it's a mixture of frustration and confusion for our players," Siloam Springs coach Lukas Shoemaker said. "Our seniors, especially, want another chance at winning a state championship. That's our goal. Until somebody tells me otherwise, we have a season to finish."

Springdale High is the defending state champions in boys soccer and the Bulldogs are scheduled to host the Class 6A boys and girls state soccer tournaments May 14-16 along with Springdale Har-Ber. The chance of that happening appears less likely each week, although the AAA has not made a decision to cancel all spring sporting events like in neighboring Oklahoma, where the Oklahoma Secondary School Activities Association suspended all games for the remainder of the 2019-2020 school year.

"We are looking at all scenarios," said Derek Walter, assistant executive director of the Arkansas Activities Association. "We are waiting to see what will happen with the remainder of school and the guidelines for how many people can gather together. Just like everyone, we would love to play spring sports."

Coaches for spring sports can contact their players through texts, Google classrooms, and social media platforms but the teams are prohibited from meeting in-person or from practicing on or off-campus. The rules place coaches in a tough position, especially with players restless and eager for answers.

"I try to stay in contact with our players as much as I can, mostly just to make sure they're OK or if they need anything," Springdale high soccer coach Donald Beeler said. "If they ask me about the games, I tell them what I know. But I don't know much."

"Everything is so day-to-day on what's going to happen," Beeler said. "Decisions seem to start at the federal level and trickle down to the state level and the governor's office. My gut tells me we're going to be out at least through April. But those kinds of decisions are so above our heads as coaches and athletic directors that it's hard to speculate."

The Rogers School District announced the cancellation of all school activities through April 30, adding even more uncertainty about whether spring games would be played this season. But hope remains, especially for the seniors, about a condensed schedule should schools reopen and play resumes in May.

"When we were in the blended 5A/6A Conference, the model was to hold a conference tournament in the second week of May to qualify for state," Shoemaker said. "Maybe we could do something like that. Who knows?"