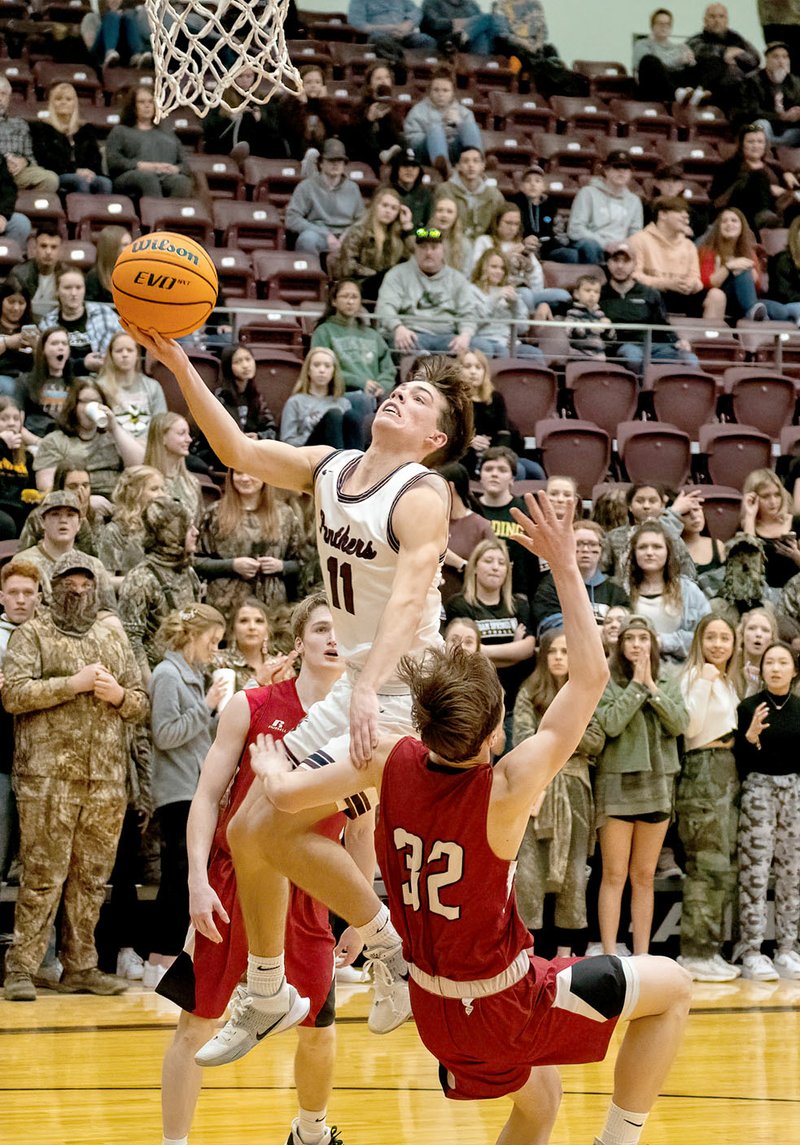 Beebe's boys had an answer for every run Siloam Springs made Friday night.

The Badgers came out firing and opened up a double-digit first-half lead. The Panthers cut it down to a single possession twice in the second half, but each time Beebe hit a big shot to finish off a 53-41 5A-West Conference victory on homecoming at Panther Activity Center.

With the win, the Badgers (10-10, 5-3) remained in top four teams in the 5A-West Conference as the second round of league play began. The Panthers (12-7, 3-5), meanwhile, fell further behind the pack with the loss.

"We were looking for those score-stop-score opportunities, and we got to them," said Siloam Springs coach Tim Stewart. "Unfortunately we were never quite able to get that kill shot, and their kids hit big shots. It all starts coming out a bit sluggish and getting in a hole. Unfortunately, we weren't able to come all the way back, and give Beebe a lot of credit. They were able to handle the ball and hit their free throws and hit huge shots down the stretch."

Siloam Springs opened the second half on a 10-0 run to pull within 26-24, but Beebe's Austin Smith hit a 3-pointer to answer, kickstarting a 7-0 Badgers run to close the third quarter for a 33-24 lead.

The Panthers whittled that lead down to 38-35 in the fourth, but Beebe's Logan Worthington hit two 3-pointers in consecutive possessions to break the Panthers' backs.

"Logan Worthington missed some open really good looks during that stretch, but boy he came up big late," said Beebe coach Ryan Marshall. "It's a good win for us. We're so young and we're really starting to figure out the toughness we've got to play with."

Smith finished with 16 points to lead Beebe, while Rylie Marshall had 15 and Worthington 14.