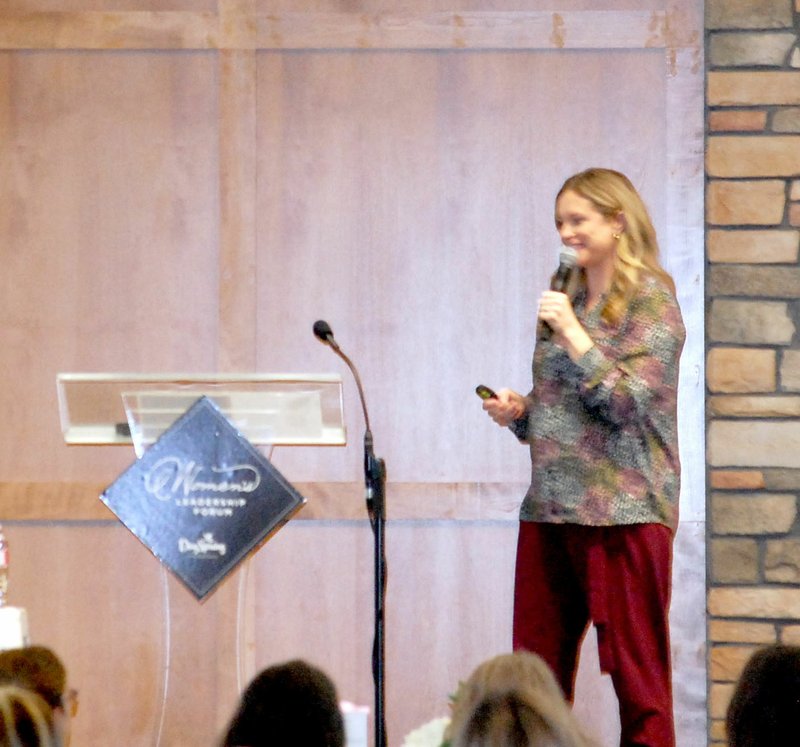 Dubbeldam, the founder and CEO of Darling Media and editor-in-chief of Darling Magazine, came to Siloam Springs to speak about her personal story of entrepreneurship and to encourage other women to be brave in showing God's love to others through their leadership, according to a press release from DaySpring.

Dubbeldam has been speaking on this topic for six years, she said.

"I would just love people to feel encouraged by my talk," Dubbeldam said. "And being able to dream about the things that you are passionate about and create them, and trusting that God cares about you and has a plan for your life."

The event is part of the Women's Leadership Forum's Lunch and Learn Series. The forum began meeting in 2015 after DaySpring CEO James Barnett started exploring ways the company could develop more women for leadership positions. The first lunch and learn in September 2017 featured Katelyn Beaty, a Christian author.

Dubbeldam said that she was given the contact information of a spiritual business coach by a pastor she interviewed. She learned from the coach that the most powerful CEOs sit at a place of rest or peace. With the help of the coach, Dubbeldam learned to surrender all aspects of her life, from her marriage and family to her finances and magazine, to God. The coach told her to place her worries on small cards or post-it notes and place them in an envelope for God. By doing this, Dubbeldam said she was able to free herself from her worries because she said they were now God's worries.

Dubbeldam said another reason she shares her story with others is so people will feel encouraged to try out Darling Magazine.

"I realized as a media company you often need to relate in person more," Dubbeldam said. "Then share your personal story behind the brand so people get to know you or what you actually care about and what your company is about."

She also said she feels like a lot of modern media and magazines present unrealistic standards and bad advice that aren't really uplifting to women. Darling is the first magazine not to photoshop women's bodies or skin and that major companies are now starting to follow suit, Dubbeldam said.

"Now currently big companies like Target and CVS have stopped retouching (their ads)," Dubbeldam said. "So the ads in their windows are not retouched; and the drugstore has warning labels on an ad that's been photoshopped."

When asked about the future, Dubbeldam said she hopes other media companies will continue to try and see women for more than just how they look.

"I am just hoping that this will continue to be the message going forward," said Dubbeldam.