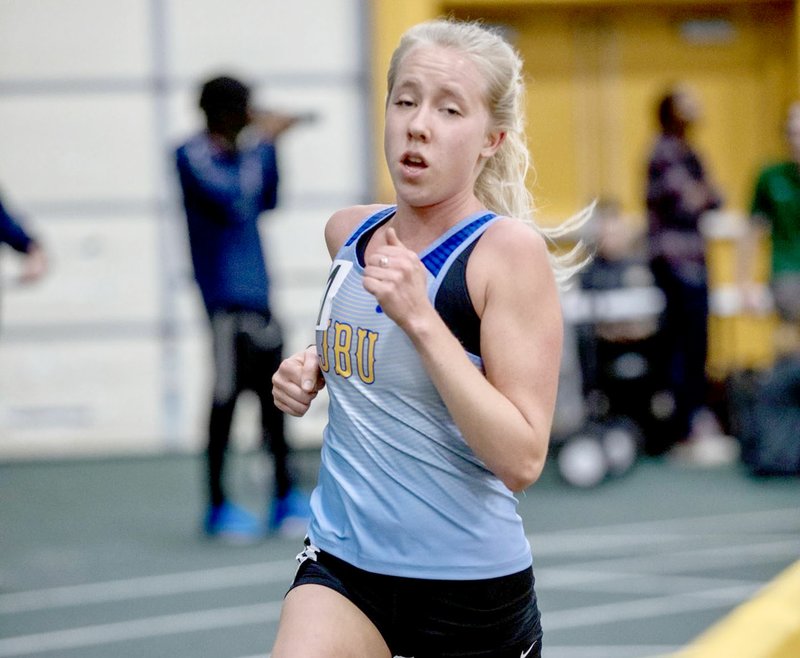 JOPLIN, Mo. -- The John Brown University track and field team participated in its inaugural indoor meet and immediately posted an NAIA 'A' standard finish and four top-five finishes at the Missouri Southern State Lion Invite on Friday and Saturday inside the Leggett & Platt Athletic Center.

Sophomore Allika Pearson immediately got to work on Friday night in the women's 5,000-meter run. The Siloam Springs native and two-time runner in the NAIA National Cross Country Championships raced out in front of the 11-runner pack and earned JBU's first-ever event crown with a time of 17 minutes, 58 seconds, coming in at 20 seconds faster than the NAIA's A standard. Pearson has now qualified for her third national-level event as the NAIA Indoor Track & Field National Championships to be held from March 5-7 in Brookings, S.D.

"Just a great performance from Allika," said head coach Scott Schochler. "She is a fierce competitor who is willing to race aggressively and has put the work in to continue posting impressive results. She has set the bar extremely high for the rest of our program with this performance in the program's inaugural indoor meet."

Pearson's time stands at No. 8 on the NAIA Indoor Qualifying List and is the second-fastest time produced by a Sooner Athletic Conference runner in the 5,000 meters.

Pearson also picked up the fourth top three finish of the weekend with a 5:27 mile, while junior Cecile Bowen competed in John Brown's first hurdles event, the 60 meters, and recorded a time 10.35.

Freshman Will Vail competed in his second long jump event of the season, falling just shy of his previous record (6.85 meters) with a 6.67 leap, finishing seventh. The quartet of Jadin Whiting, Nate Wertjes, Drew Birnbaum and River Baker ran an 11:24 distance medley relay to finish 10th overall as a team.

The Golden Eagles will return to action quickly as John Brown travels to Pittsburg, Kan., to compete in the Pitt State Indoor Gorilla Classic at the Robert W. Plaster Center on Friday and Saturday.