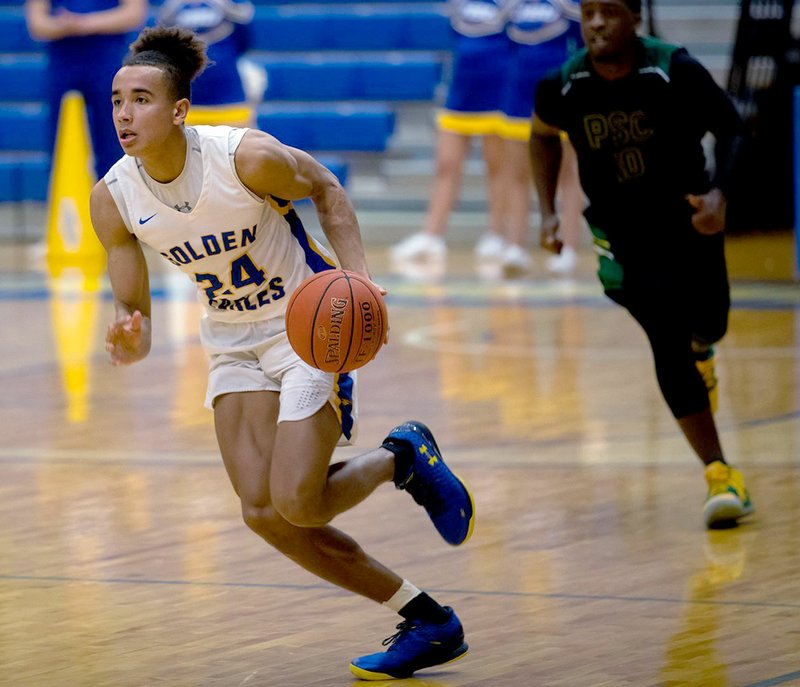 The John Brown men's basketball team didn't end the first half of the season the way it wanted, suffering its first loss 57-55 to Crowley's Ridge College on Dec. 14.

The No. 10-ranked Golden Eagles get a chance to get that taste out of their mouths at 7:45 p.m. Thursday when they jump back into Sooner Athletic Conference play against Science and Arts (Okla.) at Bill George Arena.

The Golden Eagles (11-1, 2-0) won their first two SAC games against Southwestern Assemblies of God (Texas) on Nov. 21 and Texas Wesleyan on Nov. 23 -- both at Bill George Arena.

JBU also won all its nonconference games except for its final one right before the Christmas break.

"We played a tough nonconference schedule as well as having already played two of the better teams in our league," said JBU head coach Jason Beschta. "So we feel like we have been prepared and tested for SAC play."

"The league is loaded again this year, and we jump right in playing two teams who have both been highly ranked this season and are both extremely talented in USAO and MACU," Beschta said. "We need to remain focused on getting better every day as anything is possible over the next couple of months."

The Golden Eagles were scheduled to play an exhibition game at Missouri Southern State in Joplin, Mo., on Dec. 31. Results were not available at presstime.