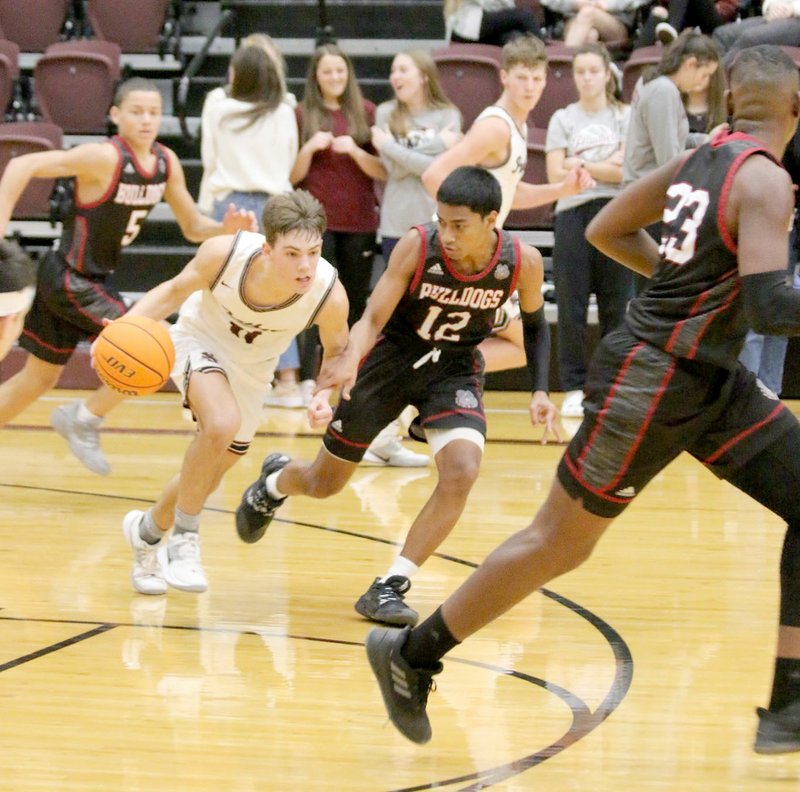 Mark Ross/Special to the Herald-Leader Siloam Springs senior guard Evan Sauer brings the ball up the floor against Springdale on Saturday in the Siloam Springs Holiday Classic.

The Panthers held the Class 7A Bulldogs to just three points in the second quarter and took the lead in what would be a 48-38 victory at Panther Activity Center.

Springdale led 15-13 after the first quarter, but the Panthers pulled ahead 25-18 at halftime after the second quarter.

The Panthers remained ahead by seven points, 34-27, going into the fourth quarter.

"Springdale's one of the better defensive teams we've played against," Stewart said. "Their guards are really scrappy. We did a good job handling the ball against their pressure. We were able to take three charges and hold our own on the glass. Good holiday tournament getting us ready to go to Beebe on Friday."

Drew Vachon led the Panthers with 16 points, while Landon Ward had nine. Josh Stewart and Thad Wright each scored eight points with Evan Sauer chipping in six and Jackson Ford one.

Grant James led Springdale with 16 points, while Jordan Owens had 10.

Siloam Springs defeated Claremore, Okla., 72-36, in their opening game Friday. Claremore rebounded to beat Prairie Grove 54-33 in the other boys game on Saturday.