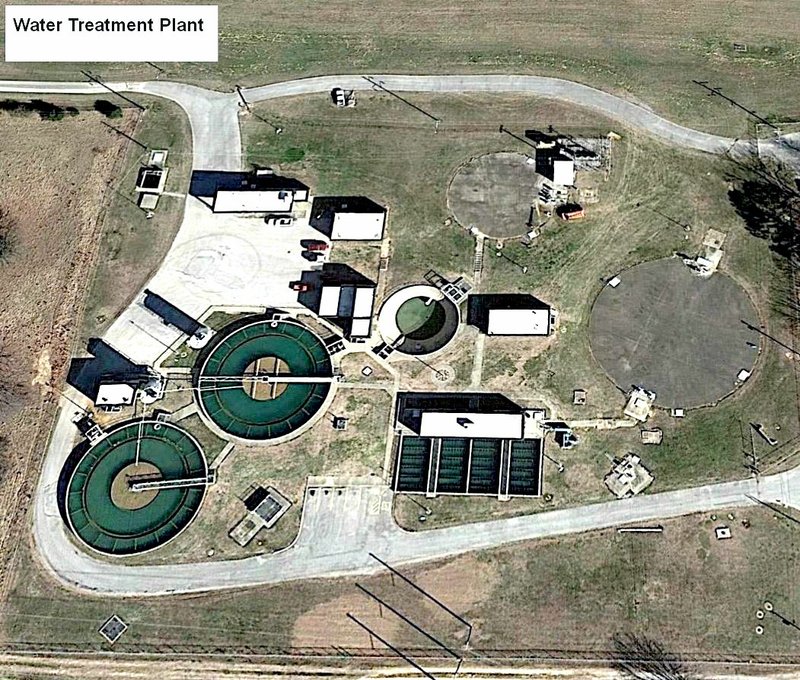 Photo Submitted A diagram of the water treatment plant.

The state Department of Agriculture, which oversees the ANRC, announced Siloam Springs was one of eight communities approved for grants or loans on Jan. 16, according to a press release from the agency. The loan will be used for upgrades to the water treatment plant, the press release states. Plans for the upgrade went before the board of directors on Tuesday, after press time.

The water treatment plant requires upgrades that total $29,423,300, according to a staff report for the city board's meeting on Tuesday, prepared by Steve Gorszczyk, director of public works. Improvements will include the addition of a 24-inch diameter transmission line from the Illinois River intake to the water treatment plant; replacing all the mechanical and processing equipment (pumps, mixers, clarifier rotating parts); updating the monitoring and controls (automation) equipment; filter improvements and conversion of the disinfection system from gas chlorine to sodium hypochlorite (bleach), Gorszczyk said in an interview.

The city applied for available funding and was selected through a non competitive process, according to Amy Lyman, director of marketing and communications for the Arkansas Department of Agriculture which oversees the ANRC. The city will have to start repayment of the loan within one year of the project completion, however, if the project exceeds the estimated completion date, repayment may start prior to the completion date, Lyman said.

Funds for the loan will be issued under the Drinking Water State Revolving Loan Fund program. Funds must be used for project costs that are considered eligible under that program, such as the purchase and installation of water lines, she said.

The next step is for ANRC to send a letter of approval and finally the loan documents for the mayor to sign, Gorszczyk said. The loan will be repaid by the proceeds from the 5/8-cent sales tax, he said.

This is not the first time the city has taken out this loan, Gorszczyk said. In 2009, the city received the loan to upgrade the wastewater plant and through the 5/8-cent sales tax managed to pay the loan off in 10 years, Gorszczyk said.

The board does not need to vote on the loan issue at present, Gorszczyk said. When the loan documents are received from ANRC, the issue will go before the board, according to City Administrator Phillip Patterson.