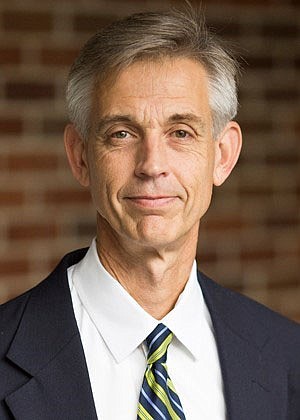 Von Eshnaur has been hired as the girls basketball coach and youth sports coordinator at The New School.

Eshnaur, 57, has 35 years coaching experience at various levels including 18 as an assistant for the women's basketball team at John Brown University. He also served as the boys basketball coach at Bentonville from 1996-2000.

He's looking forward to the challenge of starting a high school varsity girls basketball program at The New School. There's been a junior high team for the last two years.

"I'm very excited about the opportunity, starting a program from scratch is exciting," Eshnaur said. "Coaching basketball is something I have a passion for and it doesn't matter what level. A lot can be learned from athletics, learning how to deal with adversity.

"It's more than X's and O's. It's the opportunity to teach life skills."

David Ferrell, athletic director at The New School, said he wasn't sure if there would be a varsity girls team this year with all the uncertainty involving the pandemic.

"We're building toward varsity this year but we're prepared to take the junior high from last year and play a JV only schedule like we did with the boys," Ferrell said. "I think we got a home run hire with Von. He's high character, a really, really good coach and even better person."

The other part of Eshnaur's job as youth sports coordinator will allow him to introduce all the sports the school offers such as basketball, golf, tennis and cross country to students in the third though sixth grade. It's unsure whether that will be done as an after-school program or part of a P.E. class right now, Ferrell said.