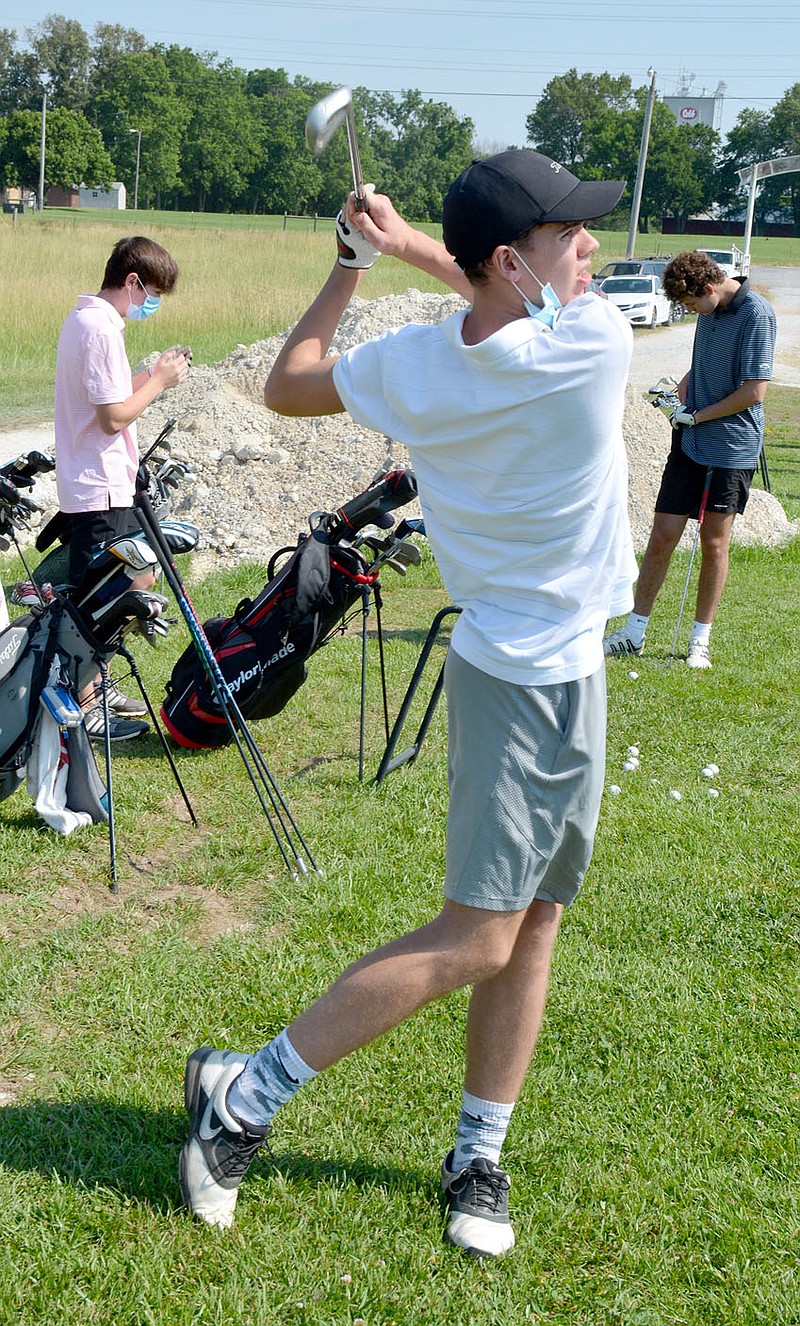 Graham Thomas/Siloam Sunday Siloam Springs golfer Nick Gray takes a swing at the driving range at the Siloam Springs Rodeo Grounds back in June. The Arkansas Activities Association released guidelines for the start of golf, tennis and cross country seasons, which are set to begin next month.

A formal decision hasn't been made on whether all high school football or volleyball will be played in Arkansas this fall because of concerns surrounding the coronavirus pandemic, but three other activities received some positive news Thursday.

The Arkansas Activities Association issued a list of recommendations Thursday for high school golf, tennis and cross country teams to follow heading into their respective 2020 seasons.

Earlier in the month, the AAA announced that its plans to hold sports in the fall were still on track, contingent on the initiatives given by Gov. Asa Hutchinson and the Arkansas Department of Health.

Those objectives appear to remain in play following the AAA's most recent release.

AAA Executive Director Lance Taylor said the state's department of health gave the green light for those three sports to be played.

"The season is getting close for those to start," he explained. "Those are sports that the department of health is allowing right now. So we just got those approved through the department to follow those guidelines for our kids to make sure they're safe, for one. And two, it's an opportunity for those kids to compete as well.

"They were approved so our schools can now start preparing to get ready."

The golf season is set to start Aug. 3, while tennis' opening day is scheduled for Aug. 10. The cross country season will begin Aug. 31.

The return to play recommendations for all three sports vary in some instances, such as staggered, waved or interval starts for participants at cross country meets or golfers confirming scores verbally for their scorecards.

But the central theme for all three revolves around health and safety. For example, face coverings that shield the nose and mouth completely are required any time social distancing can't be assured. Also, any event that is expected to have more than 100 attendees has to have a plan submitted and subsequently approved by the Arkansas Department of Health.

In addition, other guidelines instituted by golf courses, tennis courts and cross country courses have to be followed as well.

Taylor did mention that decisions for football and volleyball could come soon.

"Hopefully, next week," he said. "We're getting close. Football practice starts soon, too.

"So hopefully we'll get something concrete on that."