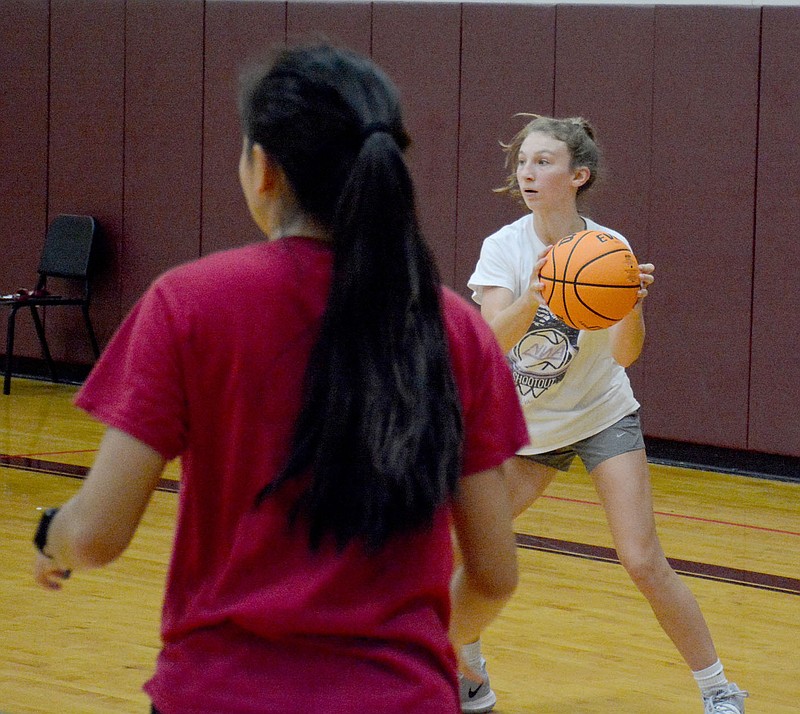 The Siloam Springs girls basketball team began their third week of offseason workouts Monday morning with a 90-minute session in both the Panther Activity Center and Panther Den.

The Lady Panthers were able to begin practice on June 1, per the state health department's guidelines, after being sidelined since mid-March because of the covid-19 pandemic.

Head coach Tim Rippy said the team is happy to be back working together.

"It's been really fun and exciting," Rippy said. "I think it was kind of what everybody needed, and it's been good to see all their faces but also see them together. Even though we're having to do things differently, it's been a tremendous amount of fun and they've had great energy and effort as well."

Rippy said with several workouts under their belt, the Lady Panthers have been able to settle into a routine and know what it is expected while operating within health guidelines.

"Everybody's comfort level is better now with understanding our routines and everything like that," he said. "We had to go really slow the first day. We spent about 30 minutes just practicing routines."

Rippy said the Lady Panthers learned how to get basketballs out of the rack and put them away after cleaning and sanitizing them. They learned how to sanitize equipment.

"All the little things are a little bit different," he said. "But they've adjusted rather quickly. It was good to be back, but at the same time it was a little weird for all of us."

Attendance has been really good for practices, he said.

The Lady Panthers also have a good group of sophomores -- including Brooke Ross, Brooke Smith, Mimo Jacklik, Audrey Sears, Faith Ellis, Rachel Rine, Sophie Stephenson, Anna Wlelkinski and Cailee Johnson -- who all played on last year's freshman team that went 20-5 overall and advanced to the semifinals of the regional tournament.

"For sophomores they're further along than a lot of groups that we've had," Rippy said. "They've just played a lot of basketball. They've been in our system now for three years. Coach (Daren) Ward and I were talking about it the other day, we can just call out some things and they can do it pretty quickly."

"We're trying to play faster, and so we're spending a lot of time on that right now," he said. "It just fits their strengths."

Rippy said the Lady Panthers will honor what would have been the Arkansas Activities Association's two-week dead period from June 22 to July 5. The Arkansas Activities Association waived the dead period this year and said individual schools can use it how they see fit. Siloam Springs is leaving the choice up to individual coaches, according to athletics director Ken Harriman.

"We're going to go ahead and give them the two dead weeks," Rippy said. "The gym will be open some, but we don't play till November. For us, a lot of them already have plans, so it's actually OK. Then we'll come back after the dead period and resume three-day workouts for the rest of the summer, where we get a lift and some time on the court as well."

There's hope that health restrictions will allow the teams to begin scrimmaging in contact situations later this summer.

"We're interested to see what July is going to look like with Phase II and what that changes," Rippy said. "Obviously, we were hoping to get to some camps this summer because we've got a lot of fresh faces and try to mix it together and figure out some rotations."

Regardless, every one seems happy to be back in the gym.

"It's been really fun to be back," Rippy said. "I think we're really excited about the upcoming year. We've got a good mix of returners and newcomers that should make for a really good group to coach." 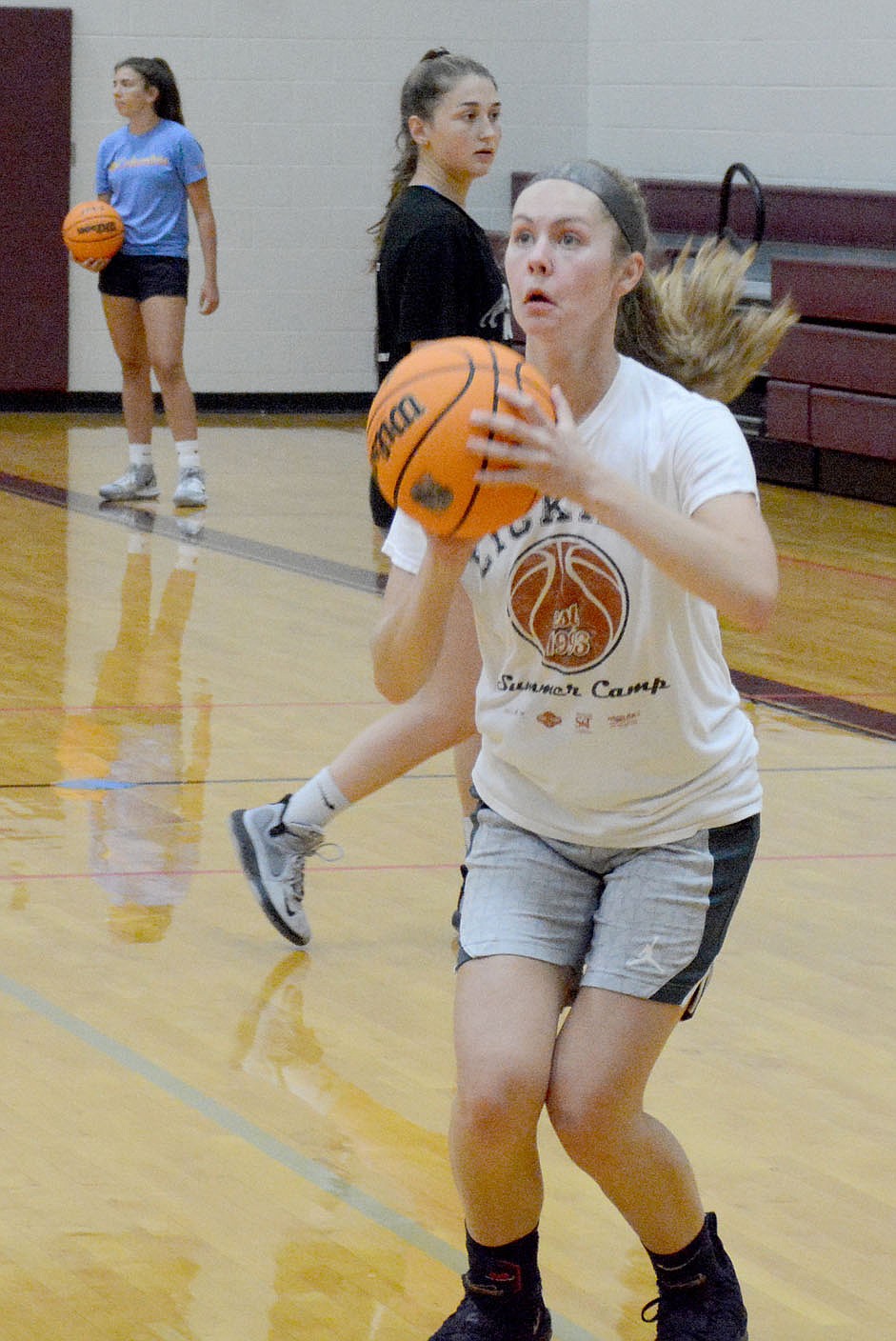