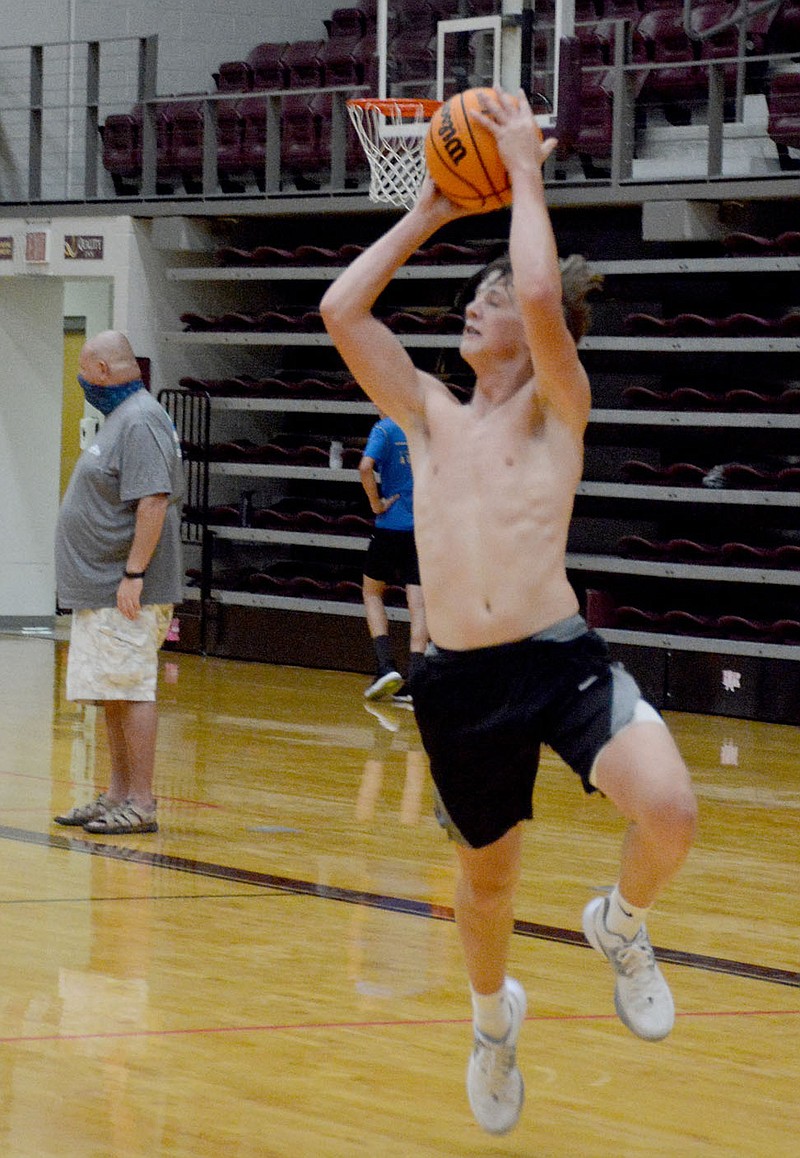 The Siloam Springs boys basketball team is happy to be back in the gym.

The Panthers began their third week of offseason workouts on Monday at Panther Activity Center after missing the last two-and-a-half months previously because of the covid-19 pandemic.

The first offseason workout was June 1.

"It's good," said head coach Tim Stewart. "The kids have gotten into a rhythm and it's gradually increased in volume and intensity. They've enjoyed being able to get back to the gym and see each other and get up and down and get a good workout in. It's been a good time for the coaches and the players."

There have been restrictions though, which limit workouts and what the Panthers are able to do.

Teams can do individual drills and teammates can share a basketball, but contact is not allowed, which prevents any scrimmaging or direct competition.

"On the court, we can do anything besides competing one-on-one or playing a game of basketball where there's excessive contact," Stewart said. "So all the shooting drills and passing drills, we can do all that. It's a lot of fundamental work and a lot of shooting. Then we can get in the weight room. Basically we can't play basketball yet, but we can get a lot of fundamental work in."

Initially, when teams were allowed to start practicing, there were restrictions put on being able to share a ball, but those have been lifted.

"The big thing is us being able to share the ball," Stewart said. "That was the game changer. The next thing will obviously be being able to compete. No word on when that's coming. June 30 is the next date when they're going to release information."

Stewart said when the Panthers reported back for practice on June 1, there were a few standouts who looked like they "hadn't missed a beat" in terms of working out.

"Then there's a larger group that you could tell they hadn't done any strenuous exercise at that level," he said. "But, now when they leave, they all look good, feel good and make it through the workout just fine."

With a roster of 26 kids, Stewart said the Panthers have been averaging about 22 at practices.

Among those present on Monday were returning varsity players Landon Ward, Josh Stewart, Breck Soderquist, Jackson Ford, Trey Whorton. Carter Winesburg had been attending but was out sick, Stewart said.

"We're not splitting up yet because of the requirements," Stewart said.

Stewart said the Panthers will have some open gyms during what would have been the Arkansas Activities Association's dead period, June 22-July 5, but attendance is not required.

The Arkansas Activities Association waived the dead period this year and said individual schools can use it how they see fit. Siloam Springs is leaving the choice up to individual coaches, according to athletics director Ken Harriman.

"We're still going to do (the dead period) because we have so many that have plans," Stewart said. "We'll have open gym a few nights. If they're in town they'll be here. It'll be a good situation." 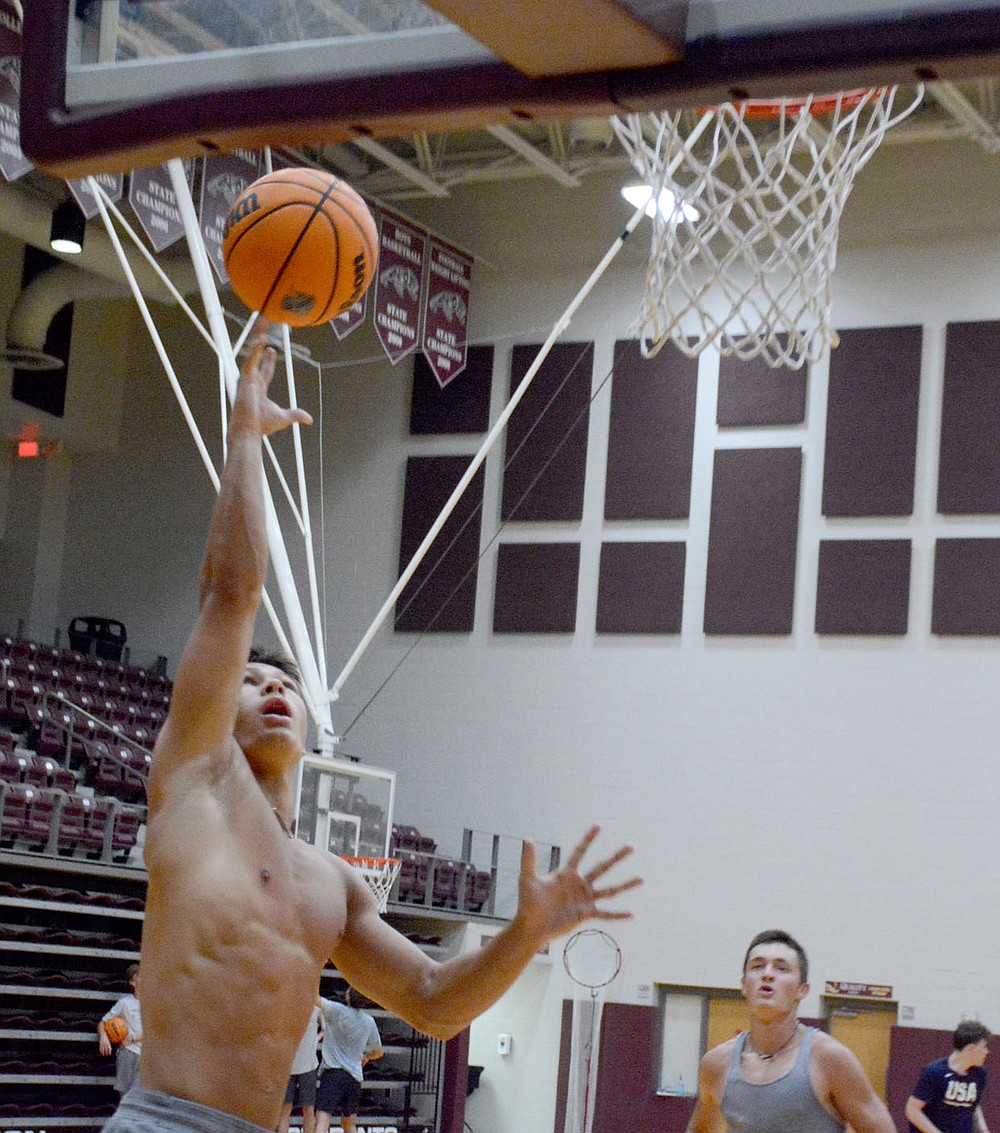