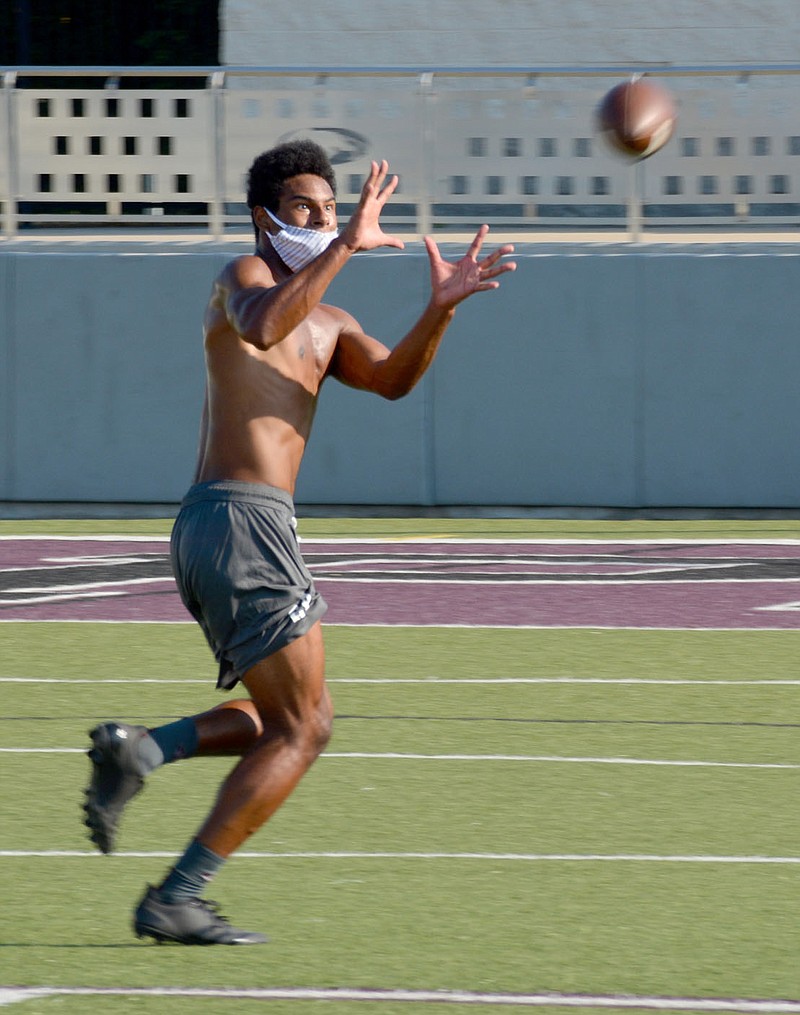 Workouts are slowly progressing for the Siloam Springs football team.

The Panthers completed their third week of offseason workouts on Thursday since returning from the near three-month break caused by the covid-19 pandemic.

Getting back to working out as a team has been positive for all concerned, players and coaches, according to head coach Brandon Craig.

"I think it's really good for our kids mentally," Craig said. "I think everybody with this covid, there's been a lot of things happening. People just cooped up and being with people. There's been a lot of mental distress with this whole thing. I think it's been really healthy for our kids to get back to doing things they want to do. This is a small part of their life, but it just gives them something to look forward to.

"I like that we're back in the building. We're getting to do our jobs. I like the fact that our kids have really responded and we've had a good turnout and we have kids that are really hungry to play at a high level."

The Panthers completed their second week of offensive and defensive installs this past week. Because of health guidelines, the team is not having any physical contact drills or contact with each other and still adhering to social distancing when not exercising. Coaches still wear masks through all practices.

Mondays and Wednesdays have been used for defensive install, while Tuesdays and Thursdays are offensive days. The team does not work out on Fridays.

"We're able to throw a lot of stuff at our kids because they do have good knowledge," Craig said. "Some of our younger kids, they're just hanging on you know and learning by osmosis. It's a process."

Craig said the Panthers have to split the install days because of limited numbers.

Craig said the team is trying to catch up after not having spring ball and being unable to participate in live action situations like 7 on 7 competitions and scrimmages.

"Definitely it hurt us because we're going to have so many new skill kids on offense," Craig said. "So it hurt us from the standpoint of missing spring ball and missing all that time in 7 on 7. That's going to hurt us a little bit, but our lineman and our defensive guy they're experienced. They're pretty far ahead so they got right back up to speed."

The Arkansas Activities Association waved its annual dead period, which was originally scheduled to start today, June 21, and last through the end of the Fourth of July holiday weekend. The AAA left it up to individual schools to determine what was best in terms of having practices during these two weeks.

At Siloam Springs, the administration put it in the hands of the coaches of the individual sports.

Craig said the football team will have workouts available on Monday through Thursday of this week, however, if players had previously scheduled vacations because of the dead period, it is OK to miss.

"The AAA came out late with their decision to waive the dead period, so we're still going to honor the fact that most parents probably already considered there was a time there where they could schedule vacations. We're not going to punish kids for that."

Craig said the workouts this week will not change

"It'll be the same. We won't change anything as far as workouts," he said. "We'll continue on our plan. The guys that show up, they're going to keep getting it. The guys that are away, hopefully they'll do something on their own."

"We're going to let everybody go be Fourth of July and hopefully have a good experience," Craig said. "We'll come back together and start up July 6." 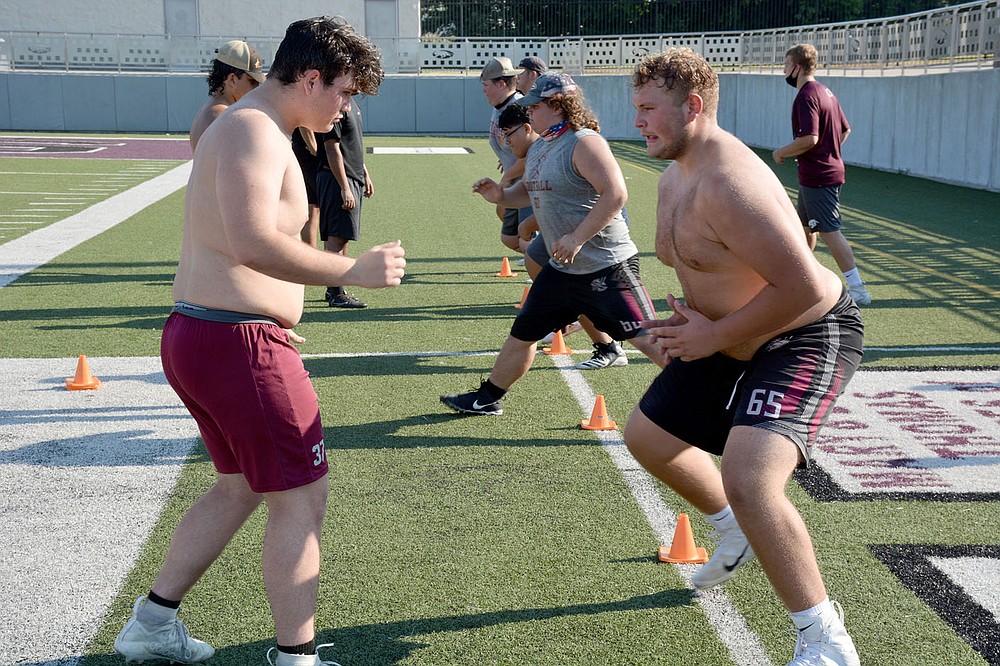