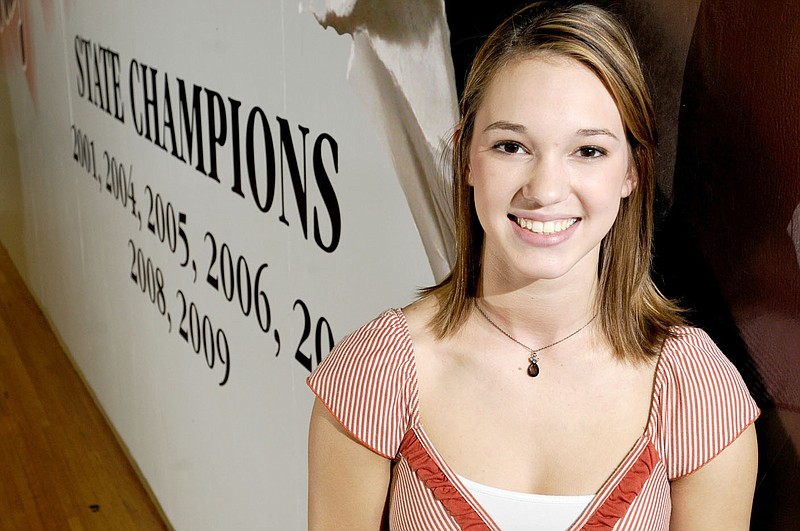 Northwest Arkansas Democrat-Gazette File Photo Former Siloam Springs star Hannah Allison Asafo-Adjei was selected among the Northwest Arkansas Democrat-Gazette's Best of the West Volleyball Team. Asafo-Adjei, a hitter and setter, helped the Lady Panthers win four straight state championships from 2006 to 2009 before playing four years at the University of Texas, where she helped the Longhorns to a national championship.

The Prep Rally: Best in the West series will highlight the all-time best players in western Arkansas as selected by the Northwest Arkansas Democrat-Gazette.

Chris Poole, who started the volleyball program at Arkansas in 1994 and currently coaches at Florida State, somewhat saw it coming.

"I can remember her coming to our camps and she could do things at a young age that others could not do," said Poole, who ranks among the top five active D-1 volleyball coaches in wins with 843 and 12th all-time. "I remember her knee-high to a grasshopper, you could already see just an amazing presence as a little athlete on the court.

Asafo-Adjei was a four-time all-state selection, two-time state tournament MVP and two-time Arkansas Volleyball Gatorade Player of the Year. She was the first player from Arkansas selected to the 12-member U.S. Youth National Team in 2009. The team participated in the FIVB Youth National Championships.

But the 5-foot-11 setter, rated as the No. 9 recruit in the country as a senior by prepvolleyball.com, confessed she paid more attention to Arkansas women's basketball program as a youngster.

"I grew up going to watch India Lewis," said Asafo-Adjei, who is now in her third year as head volleyball coach and assistant athletic director at Harpeth Hall in Nashville.

Lewis starred at Siloam Springs on the basketball court before going on to Arkansas. The Asafo-Adjei's volleyball example was even a little closer to home though.

She got into that sport mainly because of her older sister Sarah, who also went on to play volleyball in college at Kansas State.

"I did it just to do something at first," Asafo-Adjei said. "I thought it was really boring at first. It was so slow at the time. But I got to play some at practice with my sister and realized how fast the game really was and just took to it."

As the setter, she became the key cog in the Siloam Springs program, which won six consecutive state titles. But that didn't come without a cost, particularly her senior year when the Lady Panthers were going for their sixth in a row.

"I did feel pressure," Asafo-Adjei said. "I was feeling a little bit like if we lose, it's gonna be because of me."

Rose Cheek-Willis, the longtime coach at Siloam Springs, remembers calling all the seniors together the night before the state finals match.

"People just don't understand the pressure to keep winning every year," said Cheek, who retired in 2017 after 38 years in coaching and 36 at Siloam Springs. "It just got to the point that it was difficult. That's the only time I ever saw her feel that way. She felt like she had to carry us.

"I called them all in and they told her 'you've carried us. Now, we are gonna help carry you.' But by her leadership we were able to get that sixth state championship."

Asafo-Adjei enjoyed the victory, but acknowledged there were other emotions, too.

"I remember being with my best friends, but feeling kinda -- I know this sounds bad -- but we kinda felt relieved. Like woo, we didn't blow it. We held up this run and our legacy.

"It meant more because it started before us and we're carrying on something that someone else started. It was a lot bigger than just our own group."

The time in high school was memorable but she turned the page quickly, graduating early and enrolling at Texas in January. Asafo-Adjei hadn't even turned 18 yet when she set foot on the sprawling college campus.

But it was evident she belonged.

"I was really excited for the chance to play at a high level," said Asafo-Adjei, who also played a year in Sweden professionally before moving on from her playing career. "I was nervous but I chose it for a reason. I had this sense that everyone wanted to win as badly as I do. My goal was to go somewhere to have a chance to win a national championship.

"Everything they did there was geared toward that. I was ready for that challenge."

It took her until her junior year, but she and the Longhorns did that -- delivering a national title.

She understands that talent is just one thing that's necessary to win that title well, after coming up short in two other Final Four appearances in her career.

"All the pieces just fit," Asafo-Adjei said. "Everyone just wanted to win so bad, every other detail didn't matter so much. We had the players and the ability and wanted to win more than anybody else." 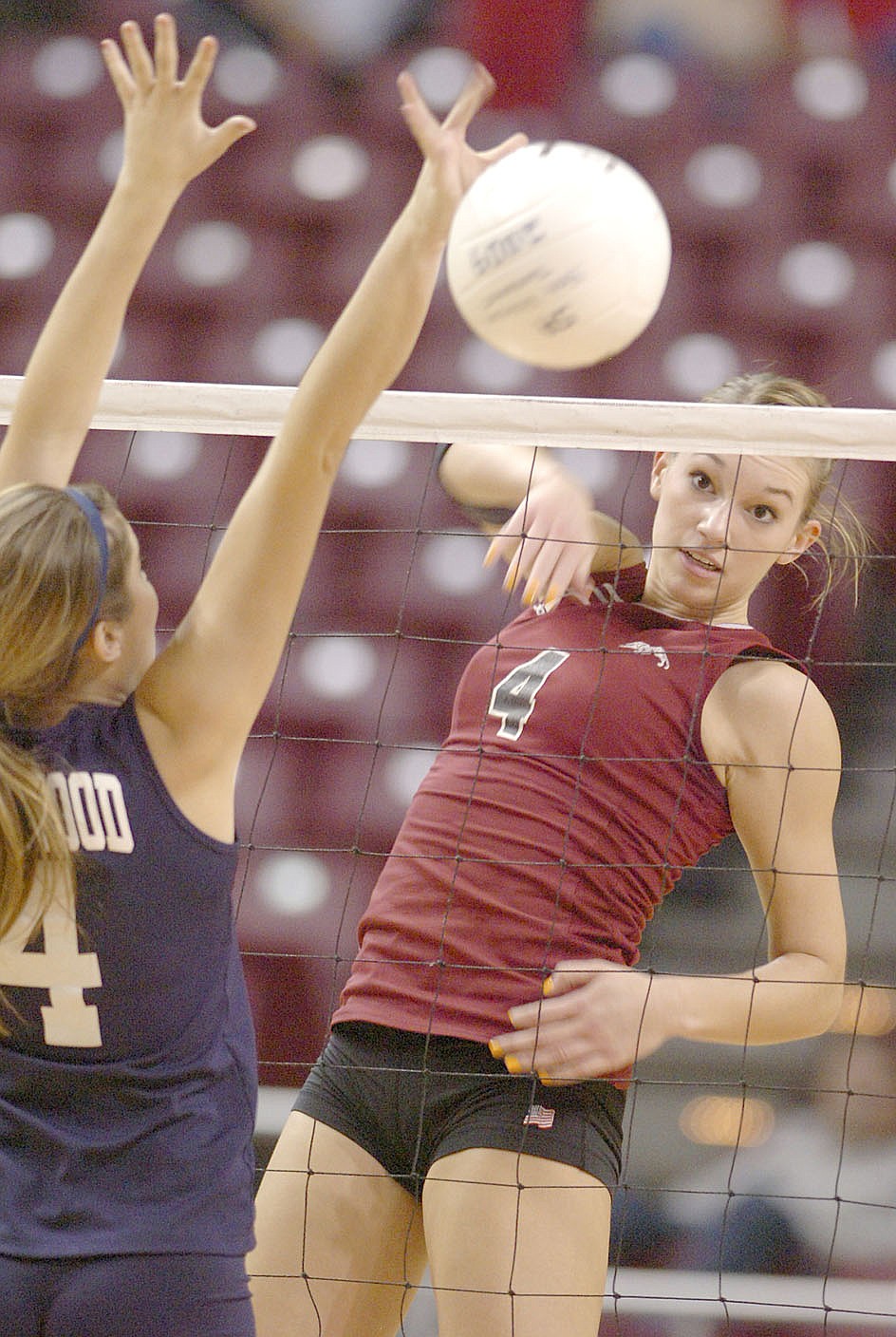 CREDENTIALS Helped lead Siloam Springs to four consecutive state titles, finishing with an overall record of 132-10. … Ranked the No. 9 recruit in the country by prepvolleyball.com as a senior and early enrollee at the University of Texas in January, 2010. … Helped lead Texas to Final Four three times and to a national title as a junior in 2012, starting 28 of 30 matches at setter. … Named honorable mention All American as a senior at Texas by the American Volleyball Coaches Association. … Named to the U.S. Girls Youth Natural team in 2009 and U.S. Women’s Junior National Team in 2011, helping Team USA to a fourth-place finish at FIVB World Championships. … Twice named Arkansas Volleyball Gatorade Player of the Year and state tournament MVP. … Selected as Under Armour and Volleyball magazine first-team high school All-American as a senior. … Played a year of professional volleyball in Sweden and helped that team to the league championship.

THAT’S WHAT SHE SAID “I remember being with my best friends, but feeling kinda — I know this sounds bad — but we kinda felt relieved. Like woo, we didn’t blow it. We held up this run and our legacy.”

PREP RALLY BEST IN THE WEST