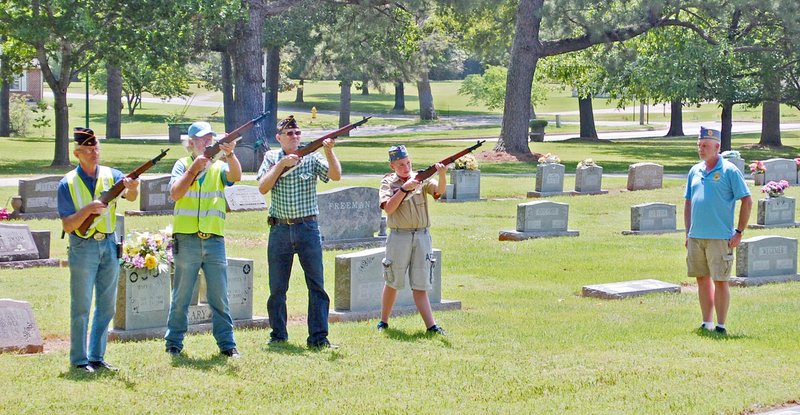 American Legion Post 29 is hosting two events to commemorate Memorial Day, according to Jerry Cavness, service officer for the post.

The first event is a graveside Memorial Program at Oak Hill Cemetery at 8 a.m. on Saturday, Cavness said. The second program will be held at the Siloam Springs Community Building at 10 a.m. on Memorial Day and will feature Lt. Gov. Tim Griffin as the guest speaker, Cavness said. Both will honor veterans who have "gone to their final duty station," Cavness said.

The program on Saturday will consist of a small ceremony, led by post Commander Stuart Reeves, where the organization will post their colors, fire a rifle salute and play "Taps," Cavness said.

After the program, American Legion members and audience members will place flags on the veterans' graves, Cavness said. The program will go on as scheduled rain or shine, Cavness said. One of the differences this year is that there will not be large groups in attendance, such as the Boy Scouts, because of covid-19, Cavness said.

"We can't have large groups," Cavness said. "Yet they can come individually on their own."

The Memorial Day program will feature Griffin, a colonel in the Army Reserves Judge Advocate General (JAG) Corps, according to Griffin's biography. It will also feature patriotic music, live singers and the naming of veterans who passed between May 1, 2019 and May 12 of this year, Cavness said.

"I'd like to encourage people to come out," Cavness said. "But on the other hand I understand if they feel uncomfortable."