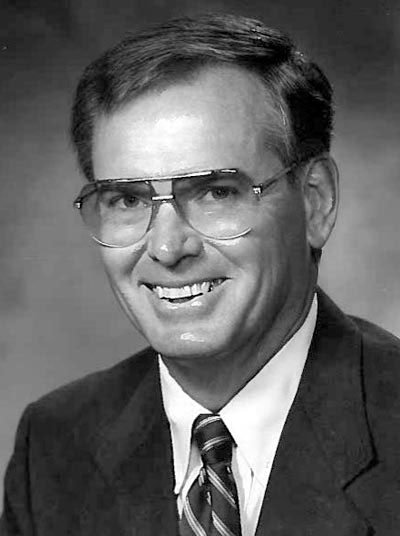 He was born Aug. 11, 1948, to Milton and Emma Veihl in Quincy, Ill. He married Mary Arnold. He enjoyed spending time with family, being outdoors, fishing, watching NASCAR, taking care of animals, and was an avid framework construction worker until his retirement.

He is survived by his wife of 24-years; one daughter, Crystal Elmore and husband, Michael of Colcord, Okla.; four sons, Tim Veihl and husband, Joe of Cape Coral, Fla., Steve Veihl and wife, Amanda of Quincy, Ill., Dakota Veihl of Watts, Okla., and Julian Frye and wife, Victoria of Westville, Okla.; one brother, Richard and wife Margaret of Joliet, Ill.; 11 grandchildren; and three great-grandchildren.

A memorial service will be held at a later date.

An online guest book is available at www.backstrom-pyeatte.com.

Backstrom-Pyeatte Funeral Home of Siloam Springs, Ark., was in charge of arrangements.

The busy life of Field Kindley Wasson Sr., came to a close on May 13, 2020, after a decade of flirtation with heart disease. He was born in Fayetteville, Arkansas, on June 1, 1932.

He was educated in the public schools of Fayetteville and the University of Arkansas (LIB with honors 1955.) He was also Commander of his fraternity, Sigma Nu. He was the third of five generations who attended U of A, from the late 19th century to 21st century. All named survivors hold baccalaureate degrees and four hold advanced degrees. If you wonder where the money went, look no further.

After graduation, he served two years as a JAG officer in the U. S. Army Air Corps (USAAF) in Wichita Falls, Texas. This service seemed natural as he was named for his cousin, Field Kindley, a World War I Airforce Ace.

The next 27 years the family lived in Siloam Springs, Arkansas, where he was engaged in the family bank, The Bratt-Wasson Bank / First National Bank of Siloam Springs. In addition to family life, he engaged in a wide variety of public organizations, including the 1969 Arkansas Constitutional Convention and President of the Little Rock branch of the Federal Reserve Bank. He was also a member of the 8th district of the St. Louis Federal Reserve Bank.

He and Mary Ann moved to Sanibel Island, Florida, in 1983, where they lived for the next 23 years, where he participated in numerous organizations including President of the Sanibel Library, which built a new library under his tenure, President of the Power Boat Squadron and President of their condominium association, where he supervised the rebuilding of their facility after extensive damage from Hurricane Charley in 2004.

The majority of his and Mary Ann's lives were spent as active members of the Methodist Church. He believed that the Kingdom of God resides in all of us, and tried to be helpful while going on his way.

His advice to grandchildren was that life was like grade school: there are periodic moves to new rooms where you meet new friends and learn new stuff.

There were many interesting experiences, among them: time spent on a farm during grade school; education in the law and experience in the military justice system; visits to Washington, D.C., while a member of the Federal Reserve; trips to the White House as guest of Mary Ann's cousin, Bill Clinton, including a night in the Lincoln Bedroom and an afternoon on the Truman Balcony.

Due to Covid-19 restrictions, a Celebration of Field's life will be held at a later date in Fayetteville, Ark. Memories of Field and condolences to the family may be shared at meyersfuneralchapel.com