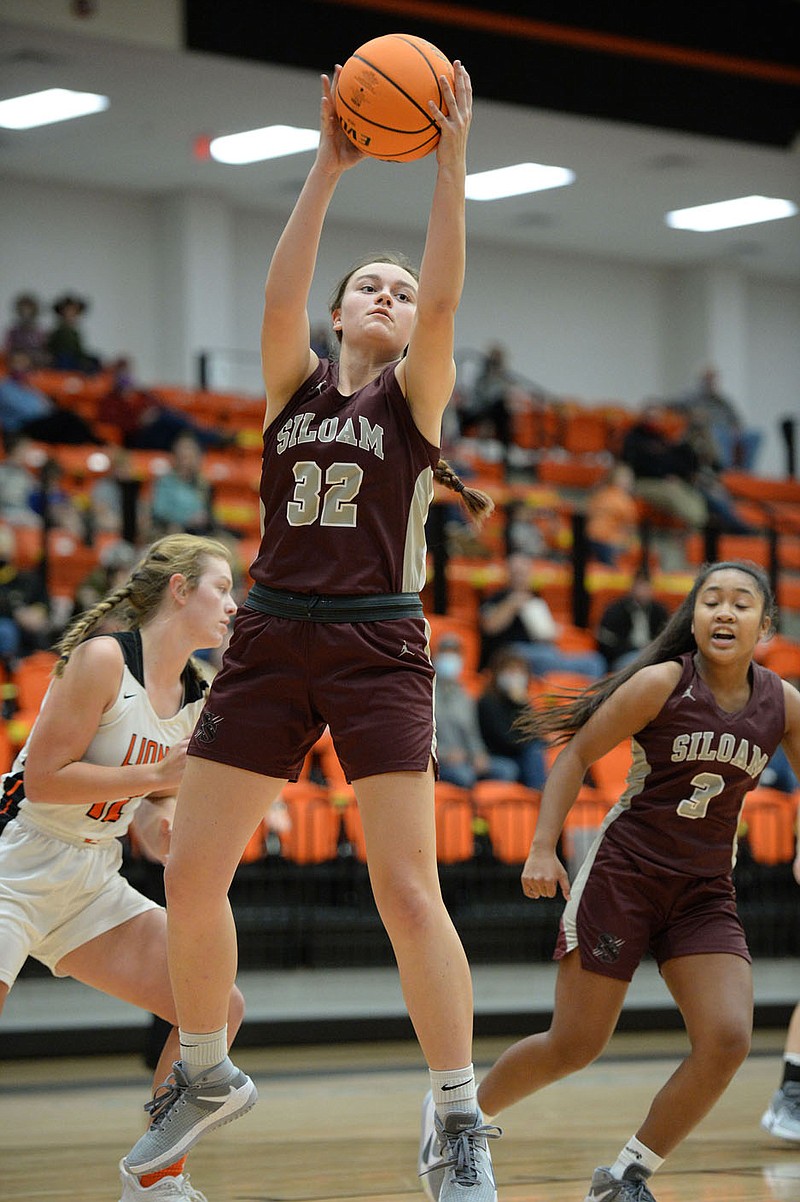 Siloam Springs' Brooke Ross (32) pulls down a rebound Tuesday during the first half of play against Gravette. The Lady Panthers defeated the Lady Lions 71-59 in both teams' season-opener.

GRAVETTE -- It took the Siloam Springs girls almost a full four quarters before they spoiled the debut of Gravette's new basketball arena.

Four different Lady Panthers scored over the final 3 minutes, 35 seconds as Siloam Springs closed out the game on a 12-0 run and earned a 71-59 nonconference victory over Gravette.

"For three quarters, both teams scored a lot of points," Lady Panthers coach Tim Rippy said. "I mean, it was an offensive show on both sides, and I thought the adjustment of trapping No. 15 (Gravette's Shylee Morrison) late in the game made a big difference for us."

Gravette (0-1) took a 57-55 lead on Lizzy Ellis' 3-pointer with 5:22 remaining, but it turned out to be the last shot the Lady Lions would hit. Reina Tiefel and Brooke Ross each hit a pair of free throws to put Siloam Springs in the lead, but Gravette tied the game at 59 when Kaylan Chilton hit two free throws with 4:17 remaining.

The Lady Panthers, however, went in front for good on Sydney Moorman's 3-pointer, then Tiefel, Ross and Brooke Smith each scored to put the game away.

"We got a little stagnant late," Gravette coach Will Pittman said. "We also had to change what we were doing defensively because we got into foul trouble. We had to go into a zone, and I thought early our defense was leading to our offense. We were able to play a lot faster and put pressure on them, which forced some missed shots."

Mia Hevener hit a 3-pointer and Moorman added a pair of field goals to give Siloam Springs an early 5-0 lead, but that was the biggest lead until the Lady Panthers' late surge. Gravette didn't match that five-point cushion until late in the third quarter when Dalacie Wishon's two free throws made it a 52-47 game with 51 seconds remaining.

Siloam Springs, however, pulled within 52-50 on Brooke Smith's three-point play, then scored five straight points to take a 55-52 lead on Smith's free throw with 6:57 remaining. Gravette then picked up a bucket by Rachel Diehl before Ellis' 3-pointer gave the Lady Lions their final lead.

"We're hoping to score a lot," Rippy said. "I feel like we'll be a high-scoring, high-powered offense, and I think I heard (Arkansas) coach (Mike) Neighbors say the other day that offenses will be ahead of defenses at the beginning of the year.

"We had two kids that basically had one practice, coming from cross country. Hopefully, the defense will improve, but we still want to score above that 60-point mark because that's a goal of ours."

Smith finished with 22 points to lead four Siloam Springs players in double figures, followed by Ross with 15, Mimo Jacklik with 11 and Moorman with 10. Morrison had 24 to lead Gravette, while Ellis added 12 and Reese Hamilton 10. 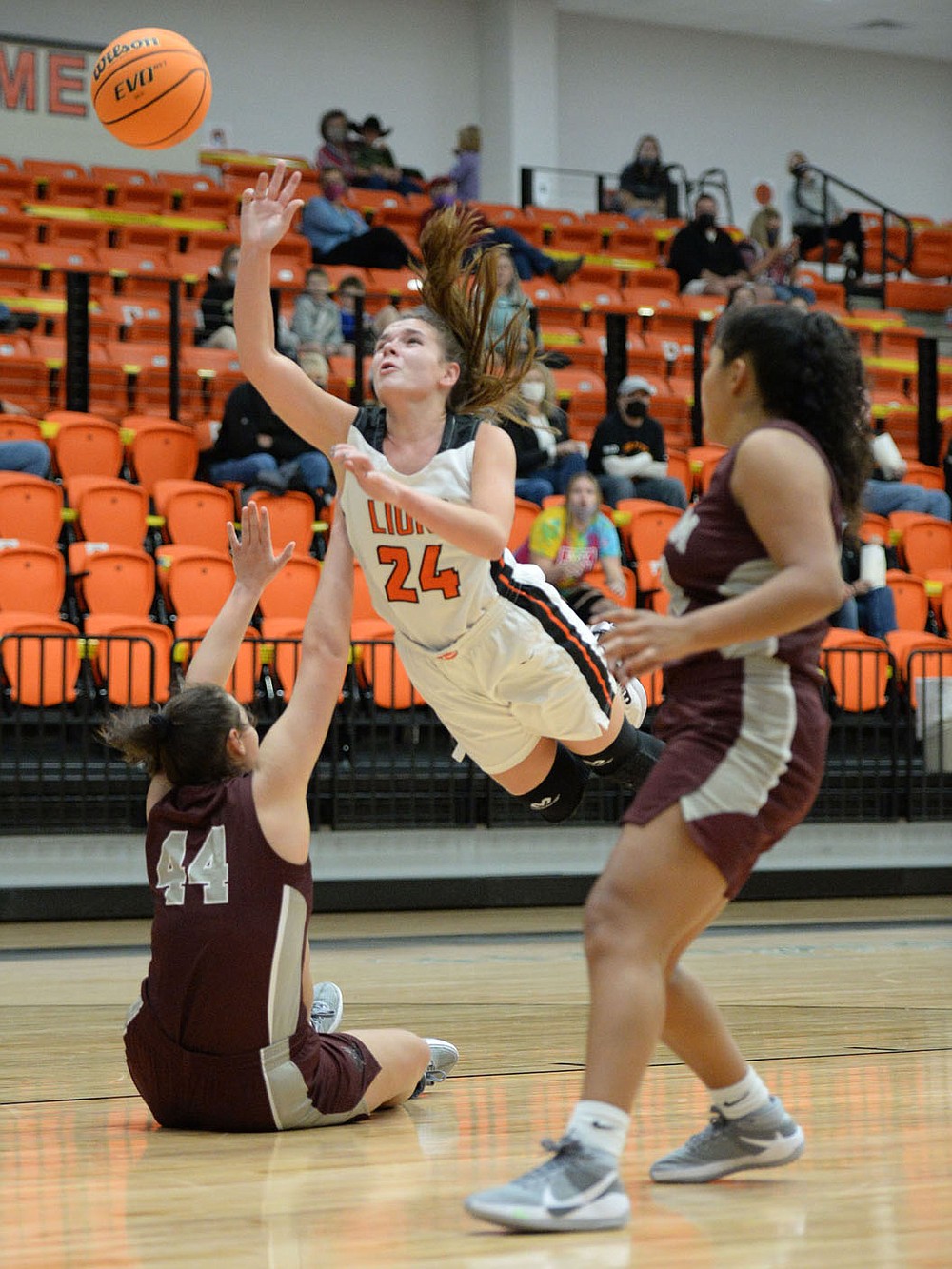