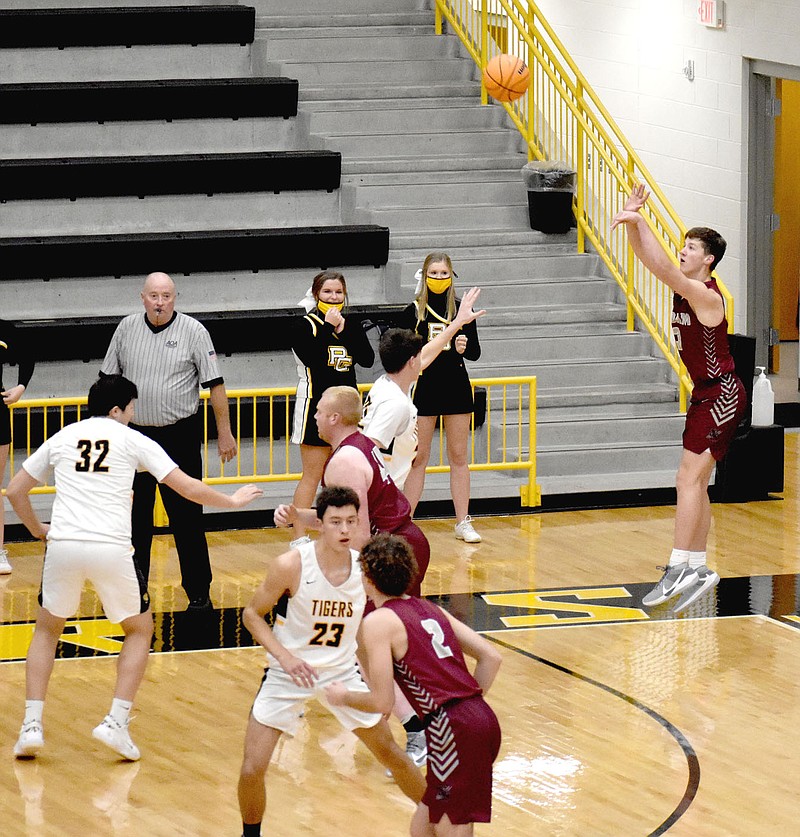 MARK HUMPHREY ENTERPRISE-LEADER/Siloam Springs junior Josh Stewart scored the first three points of the game at Prairie Grove on an in-bounds play. The Panthers made 11 3-pointers in a 79-27 win Thursday.

PRAIRIE GROVE -- Thursday became one of those nights where Siloam Springs boys basketball did virtually everything right, while Prairie Grove experienced a whole lot of things going wrong and lost 79-27.

Turnovers plagued the Tigers all night beginning with the jump ball, which they lost out-of-bounds underneath the opposite basket. Siloam Springs in-bounded and Josh Stewart hit the first of 11 Panther 3-pointers. The Panthers hit four 3-pointers in the first quarter including a pair from Carter Winesburg. Prairie Grove suffered 8 turnovers in the first quarter and Siloam Springs turned those into 15 points to open up a 20-5 lead.

The Tigers cut their turnovers in half, but still lost possession four times and were outscored 13-3 in the second period. Breck Soderquist drained a trey for the Panthers in the last minute to make the score 33-8 at halftime.

Prairie Grove's offense woke up in the third quarter putting 17 points on the board aided by Ethan Gross hitting back-to-back 3-pointers sandwiched around Jackson Ford's bucket in the lane for Siloam Springs. At one point Sloan Smith scored six straight points in a 42-second span of the third on a putback, steal and layup, and drive to the basket.

Siloam Springs didn't cool off, nailing five more threes. Max Perkins began the surge on an in-bounds play underneath the basket. Dalton Newman stroked a trio of treys and Nick Gray added one with 41 seconds left in the period. Prairie Grove committed four turnovers, three of which Siloam Springs converted into layups. The Panthers led 58-25 after three quarters and outscored Prairie Grove 21-2 in the fourth when the deep bench finally got into the game.

Eleven Panthers scored in the contest led by Gray with 14 points. Winesburg was also in double figures with 11 while Newman had 10. 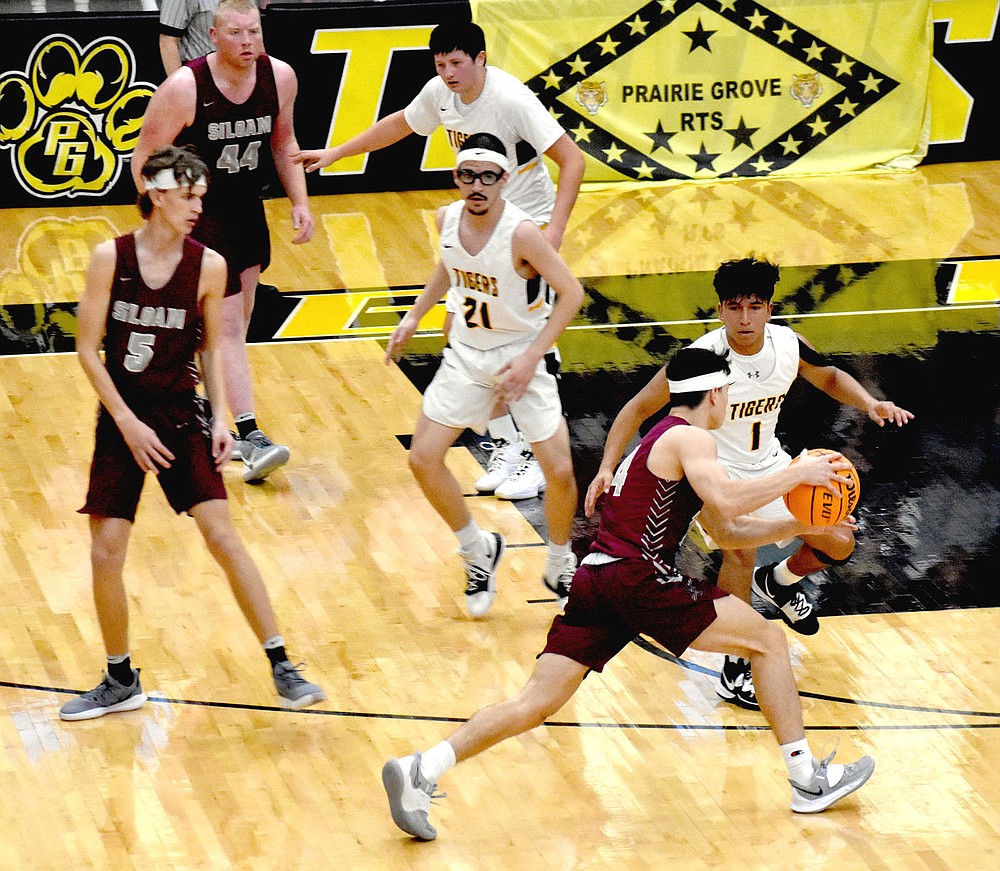 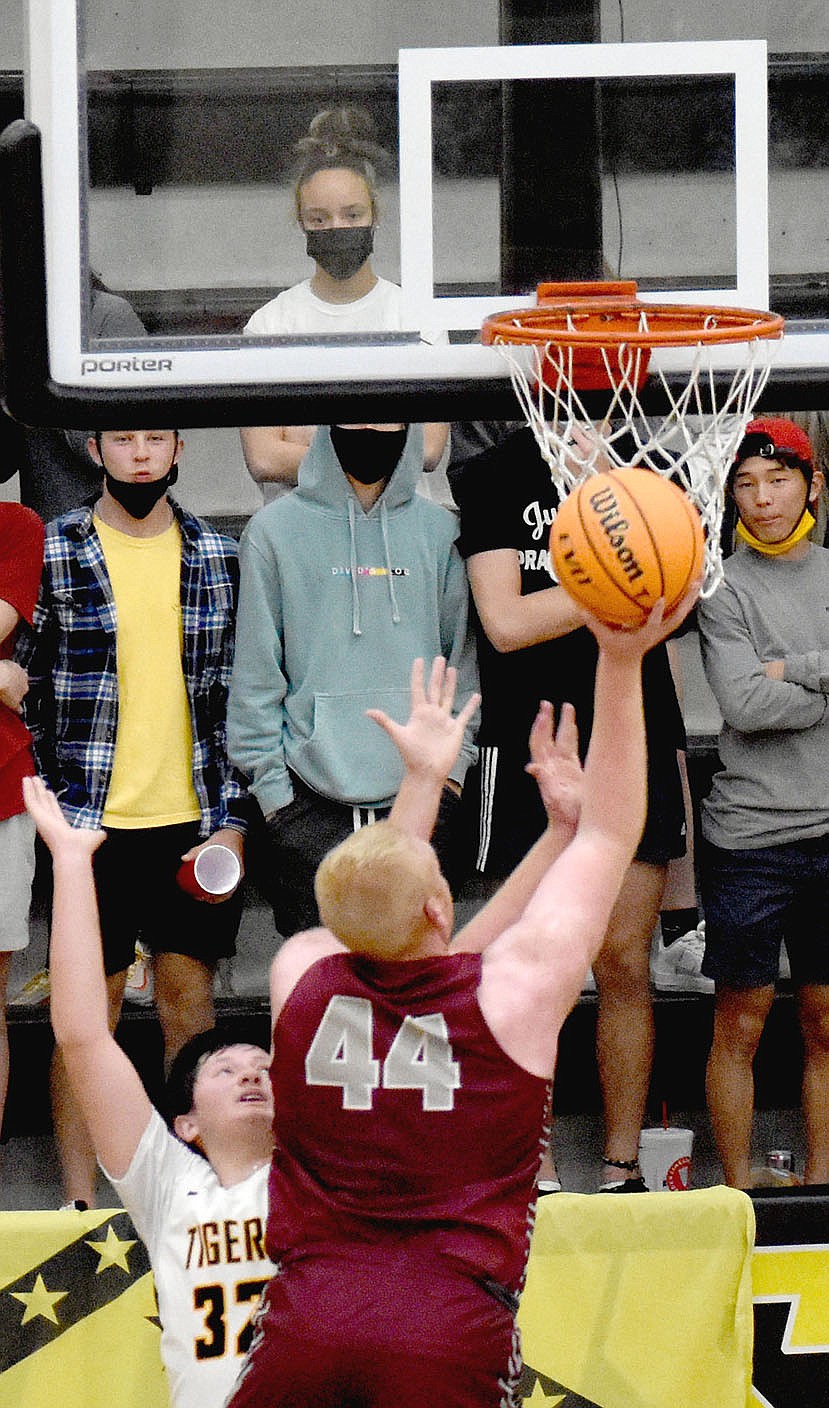