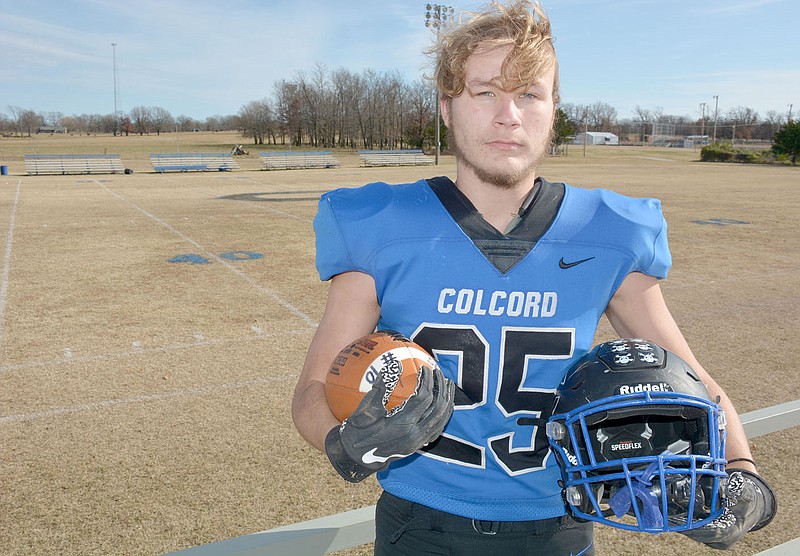 COLCORD, Okla. -- Hayden Duncan remembers going to Colcord (Okla.) football games when he was a little kid, especially when Colcord was having 11-win seasons in 2010 and 2014.

Duncan's heard his name called over the public address system at Colcord for several years now as a three-year starter on defense, including the last two seasons at Mike linebacker. Duncan is also a team captain.

"He's the leader on our defense," said Colcord head coach Austin Martin. "He plays Mike linebacker, he makes our calls, gets us lined up. From doing that stuff and being a senior and being a leader, he's just kind of been our total package and got our troops ready to go. He's always at practice and always leading by example. I'm super proud of him."

Following back-to-back come-from-behind playoff wins at home against Stroud on Nov. 13 and Konawa last Friday, the Hornets (10-1) are in position for another 11-win season as they travel to Pawnee (8-1) on Friday for the third round of the Class A playoffs.

Duncan said it's been a fun season so far, despite the adversity of the covid-19 pandemic and everything that's come with it.

"Man it's everything I can ask for really," Duncan said. "I started to have a lot of feelings, emotional feelings at the start of the season. I still have them, but I also learned that you have to shut some of those feelings out and just play. I've loved this season. It's meant the world to me. I love my brothers in there. They've helped a lot with this season. It's been pretty good for me."

Duncan helped himself in the offseason by getting himself into great shape.

Duncan said he lost nearly 50 pounds by running and working out on his own while the team was not able to meet because of covid-19 restrictions.

"There were multiple times I would come up to this track and just run," Duncan said. "My dad had a job at Little Debbie's, and I just ate Little Debbie's all the time. And I started to notice, hey, maybe I'm getting a little big. So I worked real hard over the summer, and like you said, covid hit, it kind of put us out. But it didn't stop me man, I just kept running and kept working hard. Our running back Trey Duncan, my cousin, he came up here and we busted out the sleds with weights and started running with some weights on sleds."

Even though he couldn't be around the team, Martin said he'd hear reports from people around town about how Duncan was putting in work on his own.

Martin said Duncan showed up every game for summer pride in June.

"He made a big change and got faster," Martin said. "You can really tell that on the football field."

Duncan leads the Hornets with 81 total tackles, including a team-high 52 solo tackles. He's assisted on 29 tackles to go with one interception, one forced fumble and one fumble recovery.

As a sophomore in 2018, Duncan had 21 total tackles and two sacks at an outside linebacker spot.

Then as a junior in 2019, he moved to inside linebacker and had 78 total tackles, which ranked third on the team.

"Whenever he went from outside to inside, everything clicked," Martin said.

Duncan is one of a handful of Hornets who play on one side of the ball, as most are two-way players. He did point out that he caught one pass on offense for 51 yards earlier in the season though.

"One game, I played one play, caught a bubble wrap and took it 51 yards and that was good enough for me," Duncan said.

The Hornets practiced late in the morning on Monday and Tuesday and will do so again Wednesday in preparation for Pawnee. On Thanksgiving Day, they'll have an early morning practice, one of the fun traditions for teams still playing during Thanksgiving week.

"I was lucky enough to be able to do it as a player and now as a coach," Martin said of practicing on Thanksgiving. "That's something Hayden will look back when he's older, maybe my age, and he can look back and remember when he was out here on Thanksgiving throwing the ball around and getting ready for Pawnee."

Pawnee routed the Hornets 54-0 in the opening round of the playoffs last year, but Martin said this is a new season and thinks his team has improved from a year ago.

"They 're a good football squad," he said. "Like I told our boys today, we've gotten better from last year and improved in a lot of areas. I think we're better in all three aspects of the game. So I just want to go out there and give it all we got and see what happens." 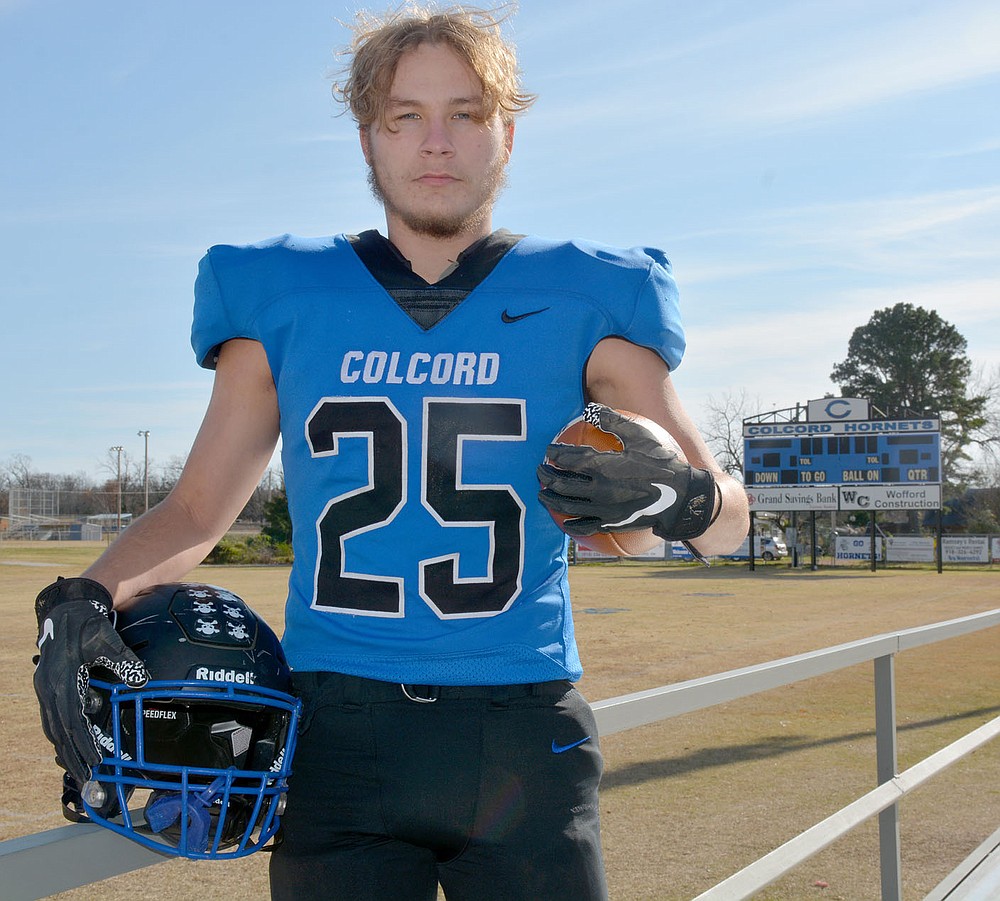 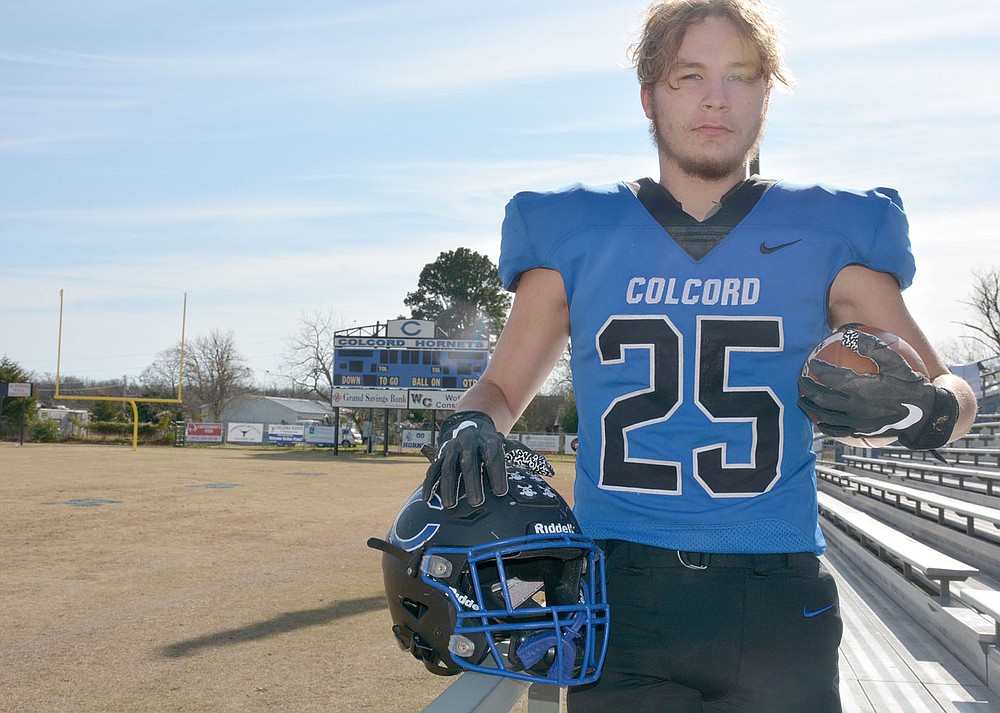