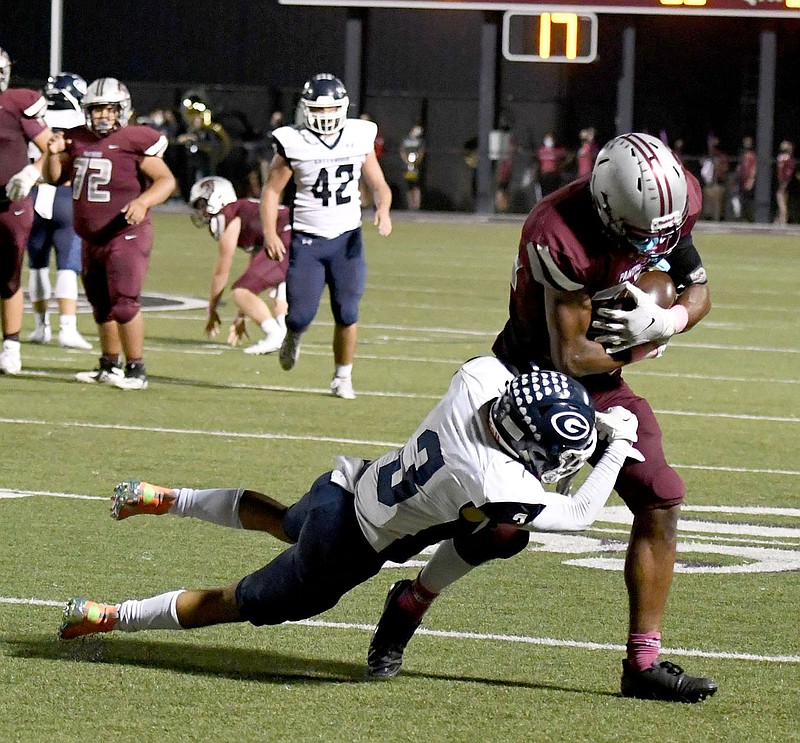 The Siloam Springs football team will try to bounce back on the road this week at Lake Hamilton after back-to-back losses to Benton and Greenwood.

"We played the two toughest teams on our schedule," said head coach Brandon Craig. "We didn't have a lot of great matchups. We've had four kids out with either covid or injury-related. We're just trying to do the best we can with the kids we have."

The Panthers lost starting wide receiver Gavin Henson (concussion) and running back Zach Gunneman (knee) at Benton in a 42-0 loss on Oct. 2.

Then against Greenwood, starting safety Keegan Soucie had to be taken off on a stretcher late in the game.

Other key players were missing because of covid-19 protocols.

"It's just tough right now because you're not sure who you're going to have on Friday," Craig said. "It's just day by day and we're thankful we're getting to play on Friday. We're not the type of team or program where we can lose four key players and expect to have a great outcome. It's hard to overcome those losses on a Friday. It's something I know everybody is going through. It affects our program a little more because of our depth."

Siloam Springs has split with Lake Hamilton the last two seasons, including a 21-14 win at Pearcy in 2018 in Craig's first year.

"We played really good defensively that night," Craig said. "Our kids sold out to making good tackles. We're going to have to do the same thing this year if we want to have a chance to win."

Lake Hamilton rallied from a 17-7 halftime deficit to beat the Panthers 28-17 at Panther Stadium last season.

The Wolves return a lot of the same personnel from that team, Craig said.

"They're Wing T and still a four-man (defensive) front," he said. "It's the same team. They're exactly the same personnel. They're doing the same stuff. We'll have to play really good football on the road to win the game down there."