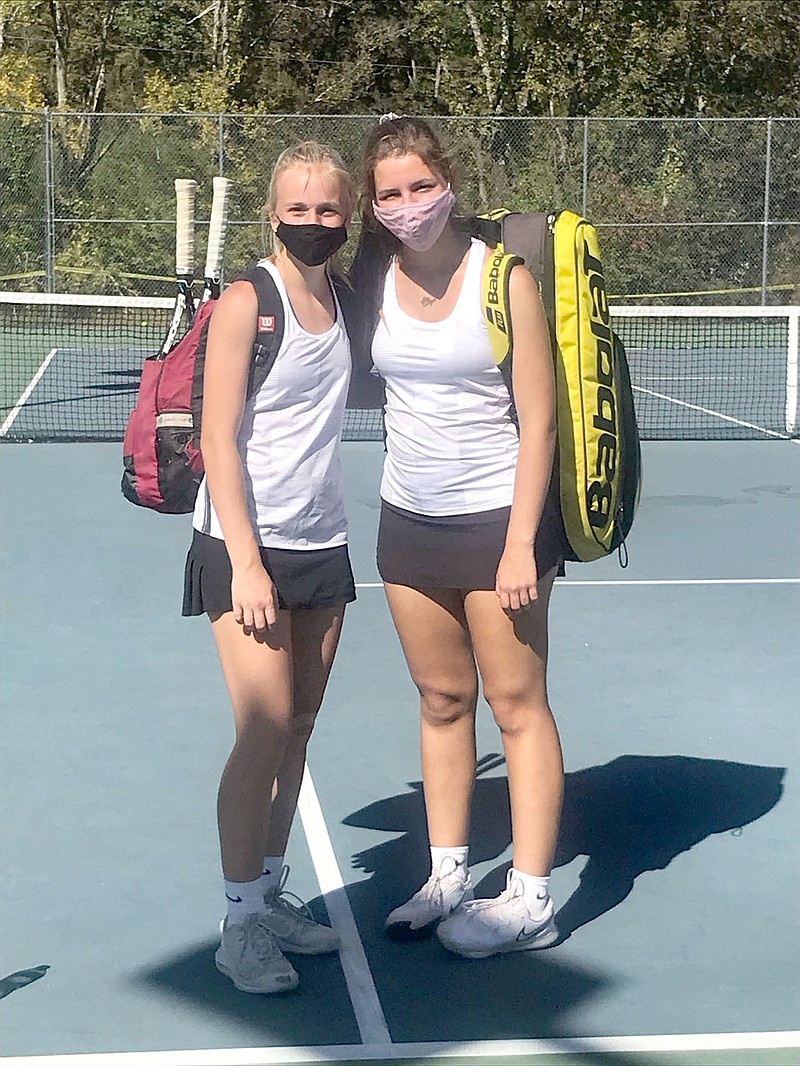 "Eve and Olha have had a great run," said Siloam Springs tennis coach Scott Wright. "They have improved so much over the past two years and they have left a great legacy for the program."

Slater and Los, who were 5A-West Conference champions in 2019 and conference runner-up in 2020, were defeated in the 5A semifinals by eventual state champions Lauren Guadamuz and Peyton Mullins of Jonesboro in three sets.

Slater and Los defeated their opening round opponent, Kelley Pedersen and Kora Wilson of Marion 6-1, 6-2 to advance to the quarterfinals on Monday.

In the quarterfinals, the Siloam Springs duo defeated Little Rock Christian's team of Sarah Kathryn Hankins and Kendall Christian 6-0, 6-2 to advance to the semifinals.

Jonesboro won both the boys and girls championships, sweeping the individual fields as well.

The girls doubles team of Guadamuz and Mullins defeated West Memphis' Samantha Holt and Taylor Brossett 6-2, 6-1 in the finals.

Jonesboro's Joseph Patton -- who defeated Siloam Springs' Lucas Junkermann 6-1, 6-1 in the opening round of the 5A boys singles tournament -- went on to win the boys singles championship, defeating Ben Hollis of Lakeside 1-6, 6-1, 6-4.