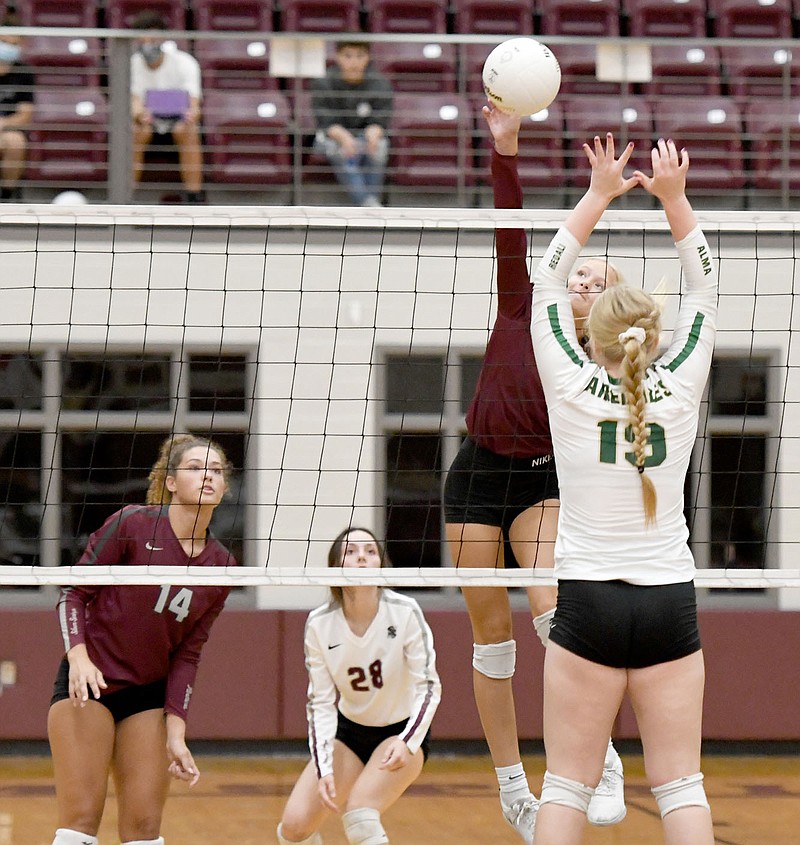 Siloam Springs came agonizingly close to its first win of the season Thursday night, but upstart Alma had other plans.

Senior Night was being held early because of the covid-19 pandemic, and the Lady Panthers were once again without several players due to quarantine, including three regular rotation players.

Nevertheless, the Lady Panthers scrapped and clawed and just came up short in the end.

"I was real proud of them," head coach Joellen Wright said. "Give it to Alma. They're improved from where they were last year, and they used our middle block really well. I mean we couldn't put a solid two hands on it."

Thanks to a five kills in game one from Lillie Warnock, Alma took a commanding 18-13 lead and went on to a 25-22 victory.

The Lady Panthers (0-7, 0-2 5A-West) rebounded in the second set, powered by kills from Clara Butler and Anna Wleklinski. After several Alma hitting errors and a Makenna Thomas kill, the Lady panthers led 24-17. Alma pulled within 24-19, but a Wleklinski kill evened the match 1-1.

In the fifth set, a surprise kill out of the back row from Micah Curry tied the match 6-6.

But Alma scored the next four points to pull ahead 10-6.

Siloam Springs battled back to pull within 11-10 after an ace from Maggie Torres, but Alma scored the next three points to go up 14-10.

Kills from Makenna Thomas and Jaedyn Soucie helped the Lady Panthers pull within 14-13, but Warnock recorded her final kill off the left side to end the match.

Warnock finished with 13 kills, while Lydia Swarnes had 35 digs to lead Alma defensively.

"Lydia Swarnes has been playing outstanding defense the whole match, but we weren't able to convert that offensively a lot," said Alma coach Kim Weaver. "Early in that fifth set we were able to get great transition opportunities and score. Our outside hitter Rebekah McIntosh came in with some big swings and the offense and the defense came together for us in a way that hadn't really happened yet in the match."

Gracie Greer had four kills for Siloam Springs, while Makenna Thomas and Clara Butler each had three kills. 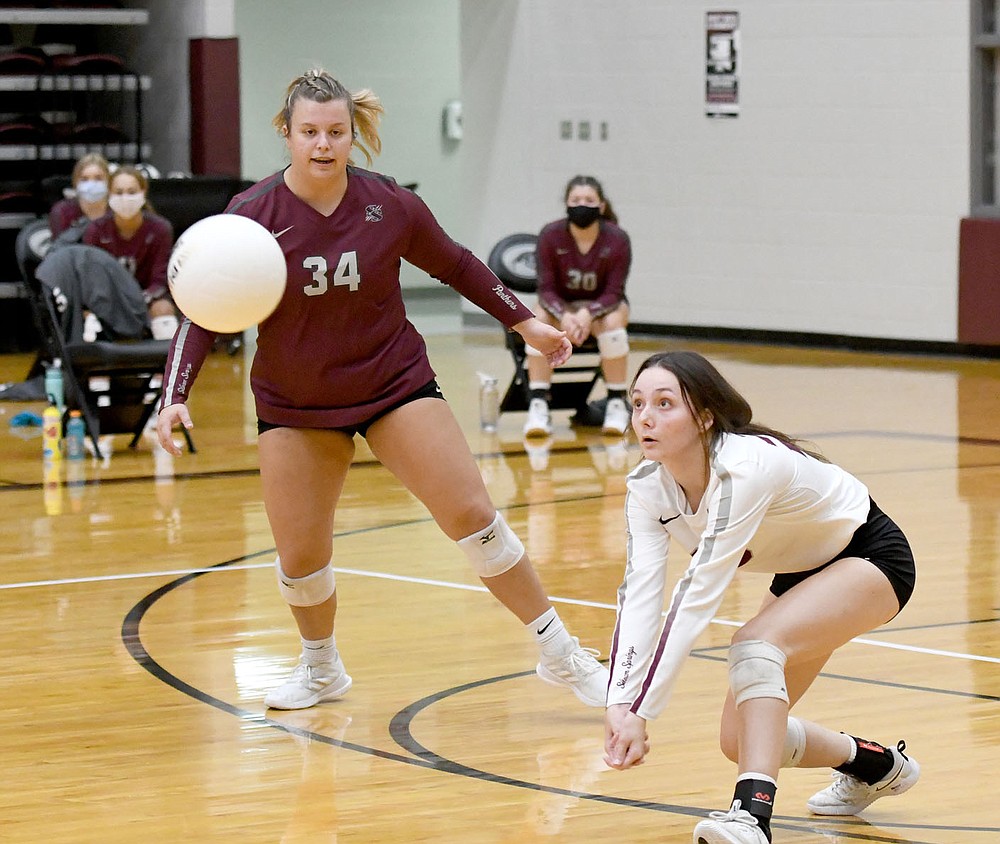