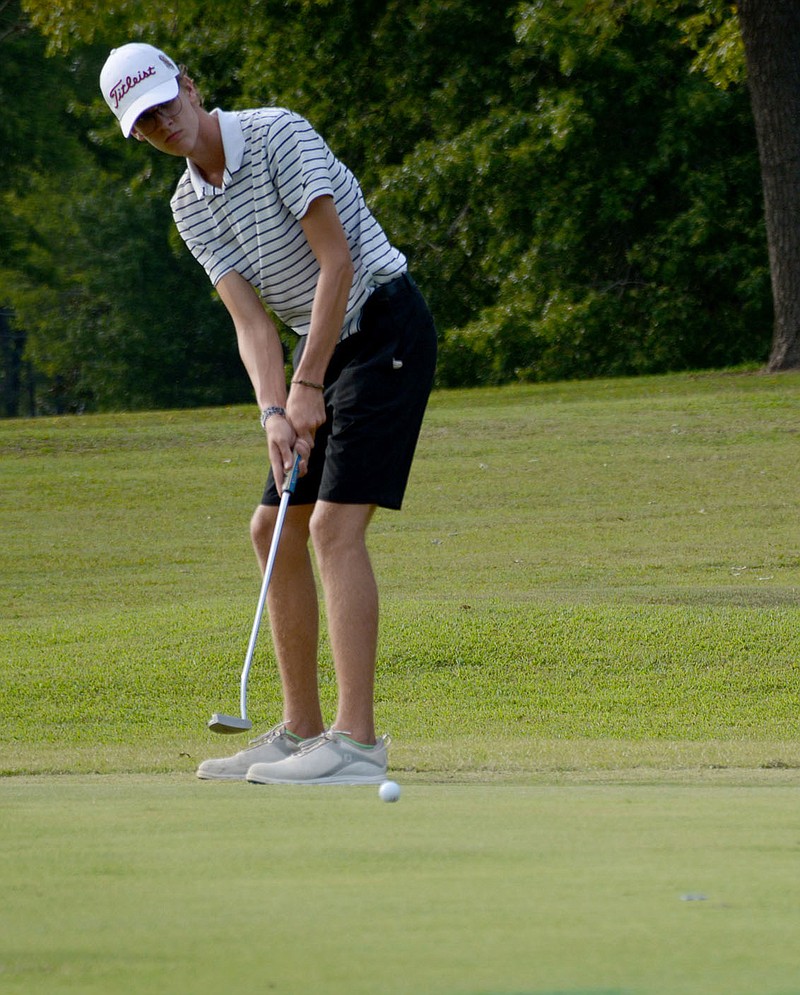 The Siloam Springs girls golf team had another good outing Monday in its final home match of the season, totaling a team score of 140 in a match with Greenwood, Rogers Heritage and Lincoln at the Course at Sager's Crossing.

Greenwood won the match with a 131 with Heritage carding a 153. Lincoln had one individual golfer.

Emily Self led Siloam Springs with a 43, while Julia Jackson shot 48, Brooke Smith 49, Trang Phan and Baylee Morris each with 52. Kate Gryder shot 55, while McKenzie Sontag shot 57 and Alyson McWilliams carded a 62.

"Really good round from our girls," said Siloam Springs golf coach Michael Robertson. "Anytime you can get three girls to shoot in the 40s or below then you have a chance to compete at a high level. There are always going to be a few holes here or there that you wish you could make a better decision or hit a better shot, but I am so proud of our girls. They have steadily improved throughout the last two months and even though we came up a little short of Greenwood there is no doubt that they left here knowing we can compete with them.

"Just really solid rounds from Emily, Julia, and Brooke. Trang, Baylee and Kate were right there behind them. Emily is playing super confident right now and playing really well. Julia has worked so hard in her short time with us, but she has been a great addition and has helped elevate our team. Nothing surprises me with Brooke. She can really strike the ball."

In the boys match, Greenwood shot a team score of 153 to take first place, while Siloam Springs was second at 171, followed by Heritage at 184 and Lincoln 212.

"Obviously Chris played at a high level today," Robertson said. "Really happy to see him finish his last home match with such a great round. I thought Breck was really close, just a shot or two. Can't say enough about how much I have enjoyed coaching all these seniors on the boys side. Great group of young men who just come to work every day regardless of how they are playing or where they are in the lineup."

Greenwood's Chris Daggs was the medalist with a 36, while Brady Fein shot 37.

Robertson paid tribute to his seniors after the match.

"Today was the last event at home for our seniors," he said. "I can't say enough about these nine seniors. These kids are great students, great teammates and great examples. I am not sure that we have ever had nine seniors in one year, but each one of them has made a positive impact on our program. They have showed up and worked hard every day whether they were in the lineup or not. The last few months have been unusual and many aspects of our typical season have been lost, but they have approached it all with a great attitude that is very inspiring."

The coach also expressed his appreciation for the Course at Sager's Crossing.

"They have always been a great source of positivity and support for our golf program," he said. "Our program is full of kids who have developed a love for playing golf and as a result work hard to improve and it is in large part because of the atmosphere they feel around the course."

The Panthers and Lady Panthers are back in action today against Van Buren and Fort Smith Northside at Ben Geren Golf Course in Fort Smith. On Thursday, the golf teams will play Alma at River Valley Golf Course before hosting the annual fundraiser Lyle Licht Tournament on Saturday. 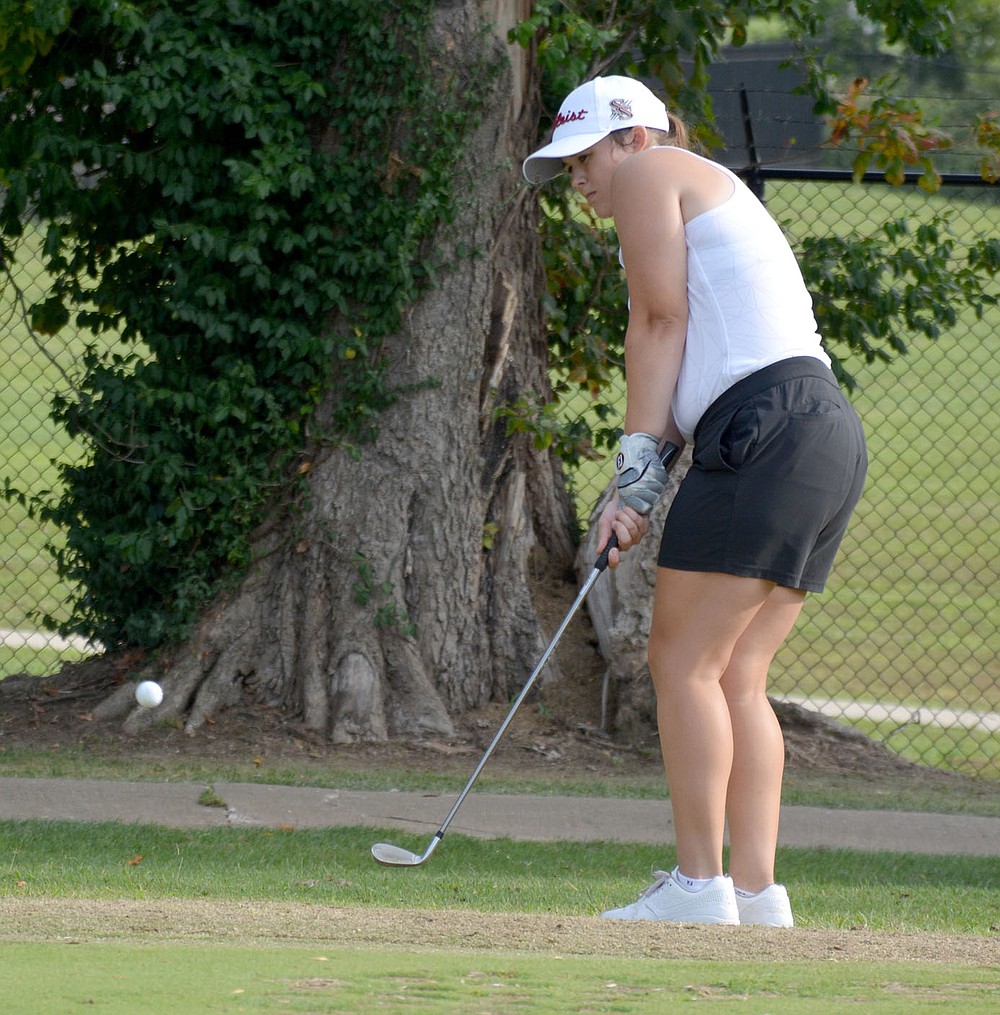 Graham Thomas/Herald-Leader Siloam Springs senior Julia Jackson chips onto the green during Monday's match at the Course at Sager's Crossing.