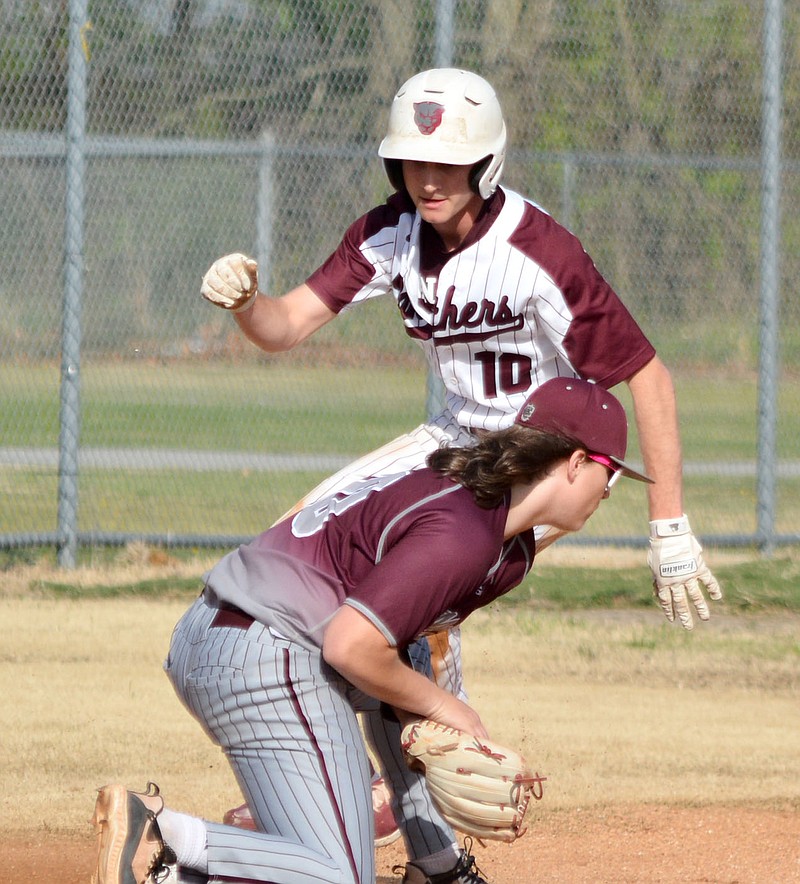 Graham Thomas/Herald-Leader Siloam Springs senior Gavin Henson gets up after sliding into third base as Morrilton's Beau McElroy fields a throw Monday. The Panthers defeated the Devil Dogs 11-1.

Solid pitching, good defense and clutch hitting all came together for the Siloam Springs baseball team Monday in an 11-1 win in five innings over Morrilton.

The Panthers had two big innings offensively and didn't commit an error defensively. All of which helped starting pitcher Brayden Fain to scatter five hits and strike out five Devil Dogs in a complete game effort.

"This team, when we're on, we're on," said head coach Alan Hardcastle. "With good pitching and good defense and when the hitting comes through, I tell you, it's a tough team to beat. We've got great chemistry. We run the bases well. All aspects of the game, very impressive tonight."

After Fain worked out of a jam in the top of the first inning, the Panthers took a 1-0 lead in bottom of the inning. Gavin Henson singled, stole second base, moved to third on an error and scored on an RBI single by J.P. Wills.

The Panthers plated six runs in the bottom of the second to put the game away.

Fain and Christian Ledeker singled to open the inning and Nolan Wills drew a walk to load the bases. Nathan Lee's walk scored a run to make it 2-0.

Henson then cleared the bases with a ringing double to make it 5-0. Two batters later, Jacob Gilbert roped another two-run double for a 7-0 lead.

Morrilton got a run in the top of the fourth, but the Panthers answered with four in the bottom of the fourth. J.P. Wills reached on an error and Pilcher singled with two outs. Fain was intentionally walked to load the bases.

Ledeker smashed a two-run single, and a third run scored on the play due to a Morrilton error. Nolan Wills then added an RBI single and another Devil Dogs error plated another run.

Morrilton threatened to extend the game with base runners in the fifth but Fain struck out Beau McElroy with two runners on to end the game.

"He came out throwing strikes from the get-go and stayed around the zone," Hardcastle said of Fain. "All the offspeed pitches were working. Yeah they hit the ball hard a couple of times. We made some great defensive plays behind him. That's what happens when you throw strikes. This team is really tough when you throw strikes."

Siloam Springs was back in action Tuesday at Greenbrier for a 5A-West Conference doubleheader. Results were not available at presstime. The Panthers are scheduled to return to action at home Friday against Farmington. 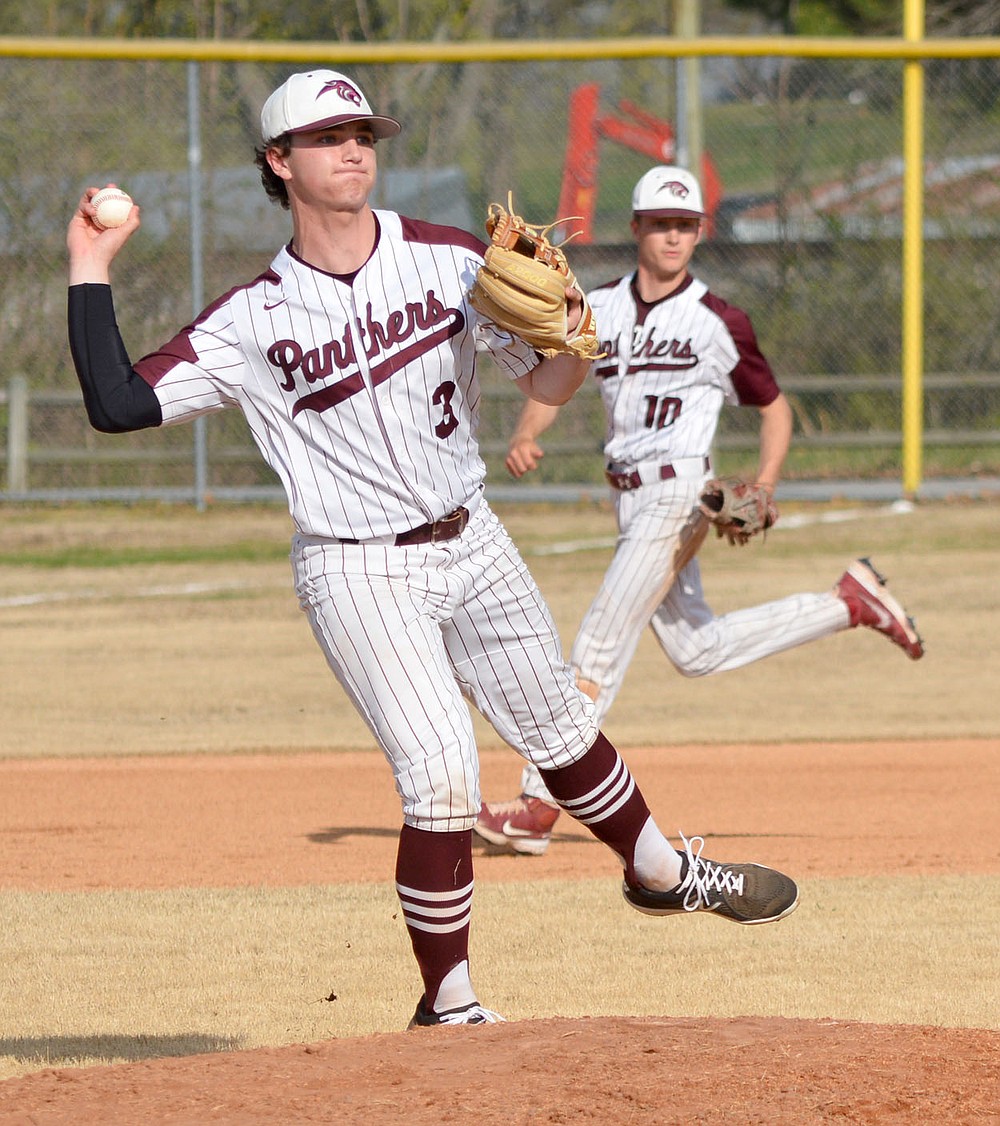