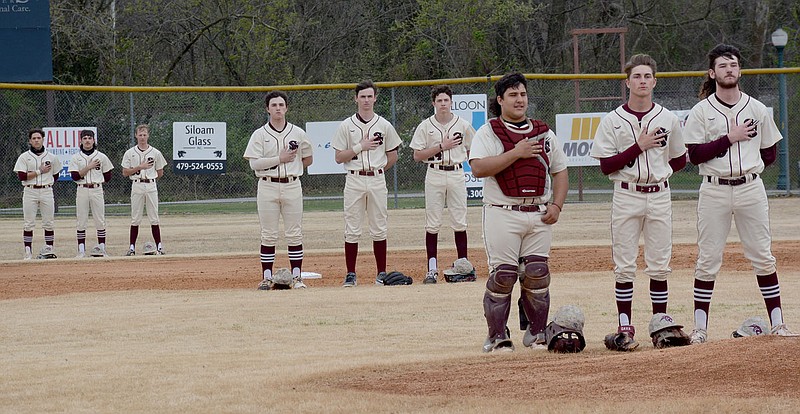 Graham Thomas/Herald-Leader The Siloam Springs baseball team's starting lineup stands at attention for the national anthem prior to its games against Alma on March 30. 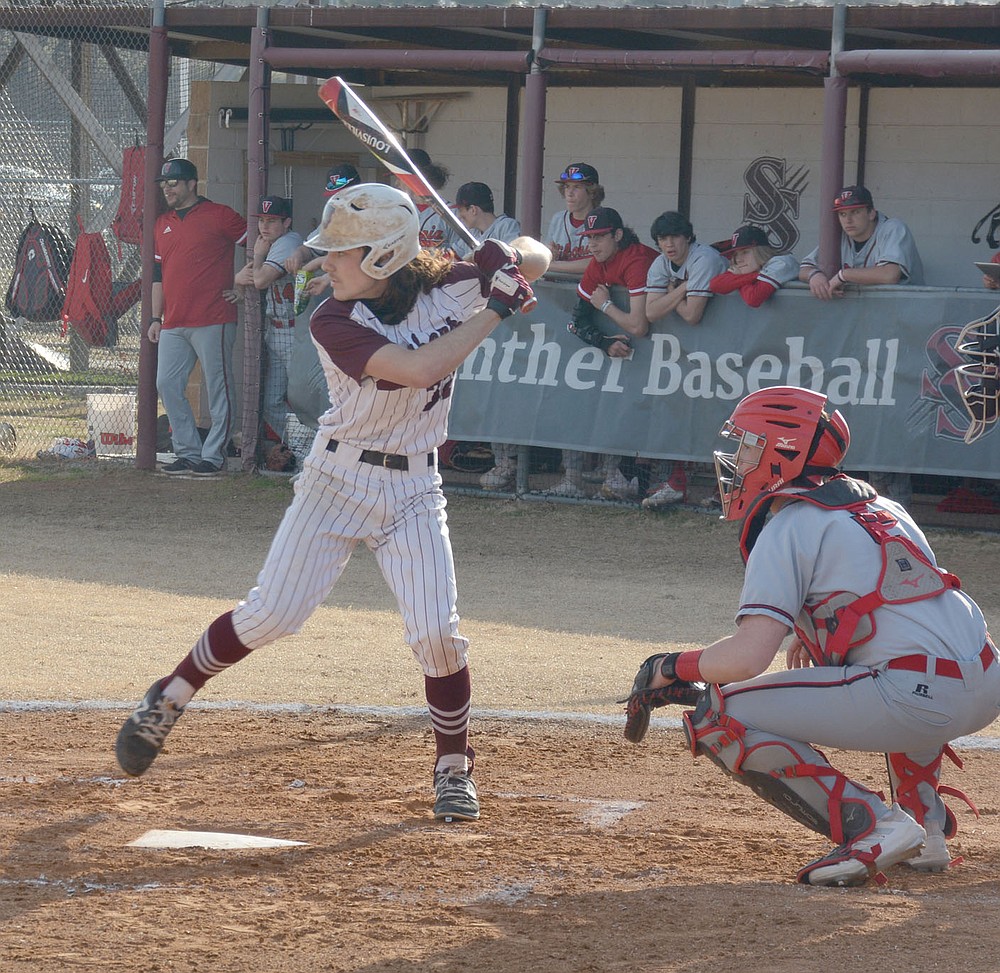 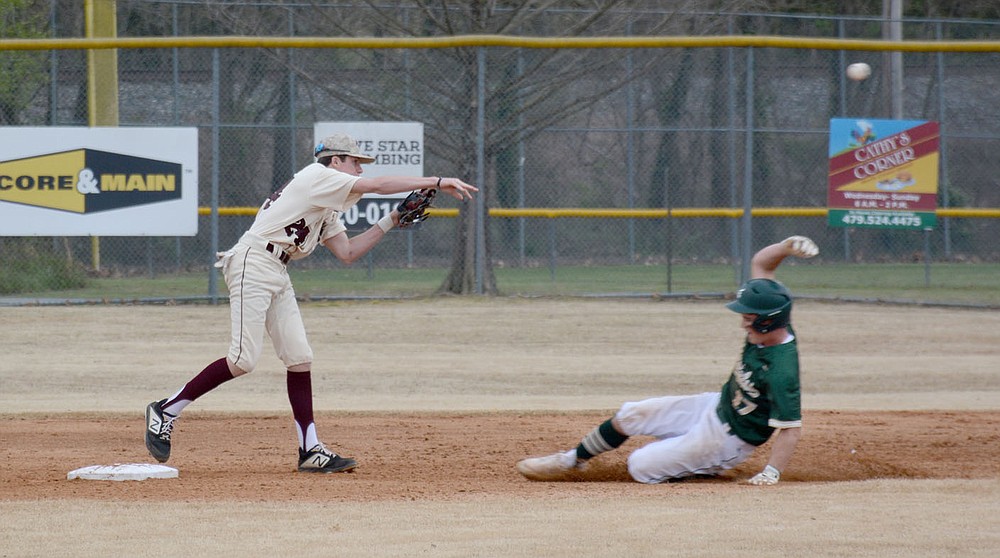 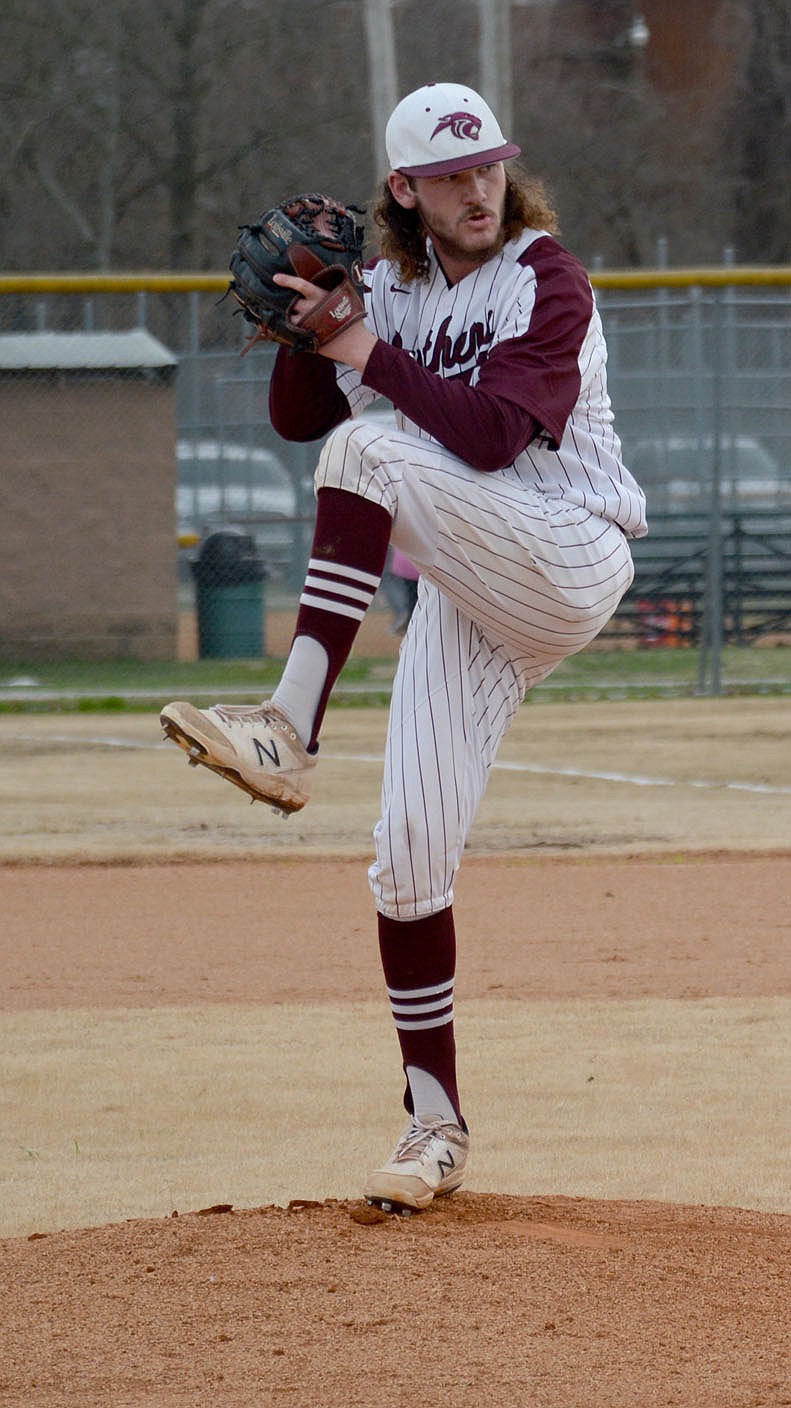 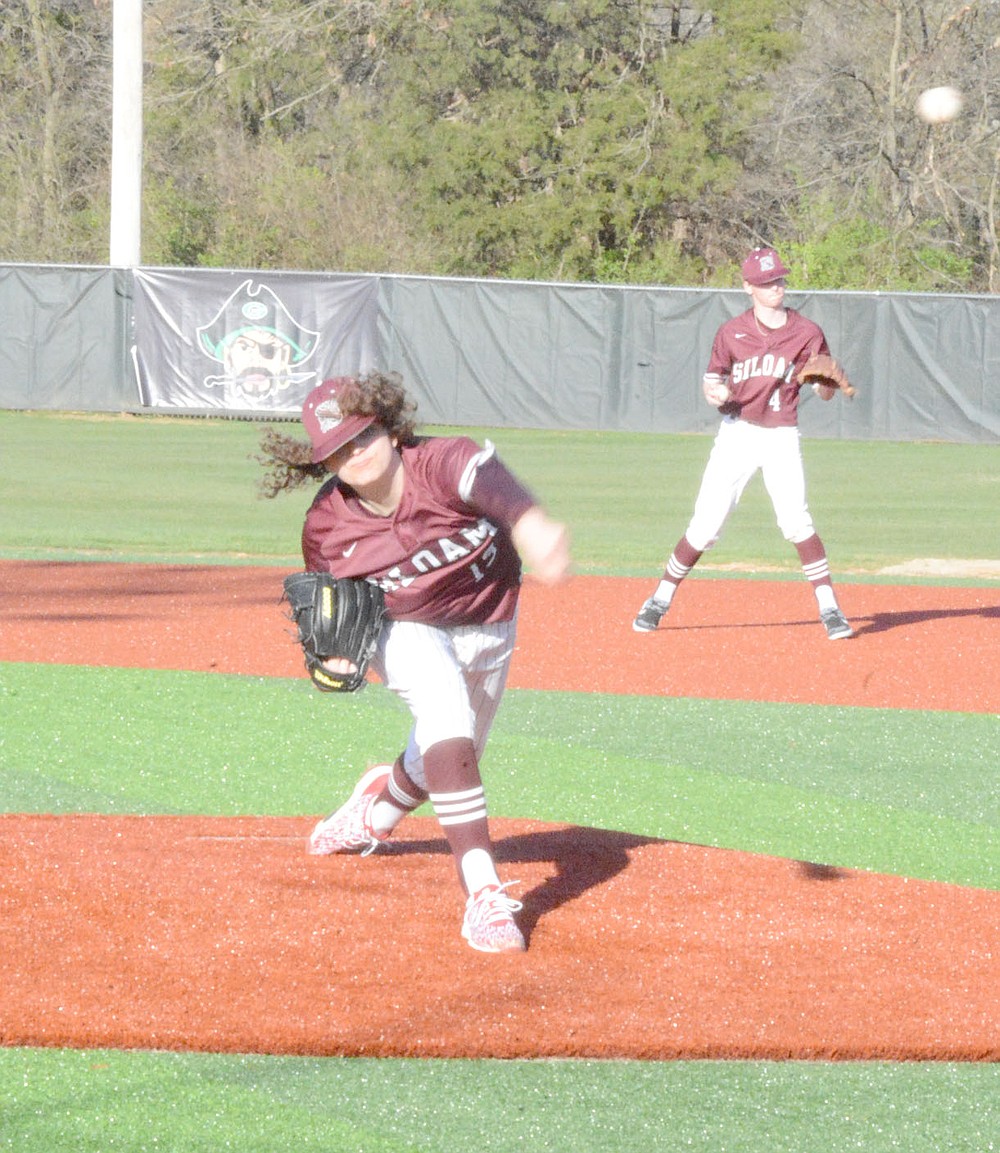