n The Siloam Springs football team has had a busy summer, according to coach Brandon Craig. by Graham Thomas | August 1, 2021 at 4:00 a.m. 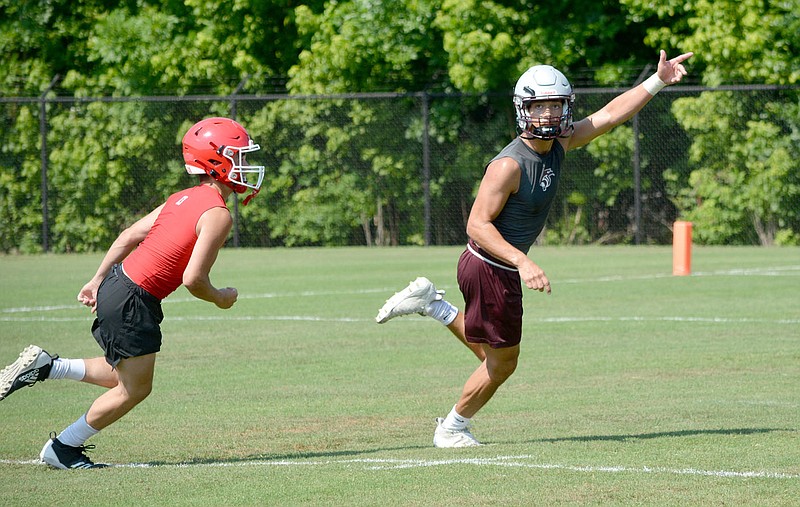 The summer has come to a close for the Siloam Springs football team.

Now the real work begins for the Panthers.

Siloam Springs will start fall football camp at 7 a.m. Monday, officially kicking off its preparation for the 2021 football season.

The Panthers have had a full schedule during June and July with summer workouts four days a week, several team camps, weekly 7-on-7 competition, and Siloam Springs hosted the first Stateline Shootout 7-on-7 tournament back in June.

Siloam Springs also hosted a free youth camp with more than 100 participants this past Thursday night. And this past weekend, the seniors were scheduled to go on a father-son retreat.

"It's been a really busy summer," said head coach Brandon Craig. "I think everybody is kind of getting back into the swing of things and normalcy of what we've been used to the last 50 years compared to what we've dealt with last year because of covid. There were a lot of challenges that we faced, but our kids responded well. We had the majority of the kids here getting better. As a program that's what you want to see.

"We're just trying to continue to promote football in a positive manner throughout our community and do the best job we can."

This week, the Panthers are scheduled to practice at Panther Stadium from 7 to 9 a.m. before heading inside the fieldhouse for weight room work, film and meetings.

The Panthers will practice Monday and Tuesday in helmets only before adding shoulder pads on Wednesday.

"It's really kind of a step backward because you go back to just helmets only after you've been able to do pad camps and different things," Craig said. "We're going to take a step backwards. We're going to go back to helmets only. We'll start off the week with that. It'll be a lot of coaching, a lot of technique, conditioning and then Wednesday we'll put the shoulder pads on and we'll get into some contact drills then and start to get kids back into the flow of daily contact and just continue to progress. Obviously we have installs for offense and defense and the things that we do, so we're going to progress through those and just try to keep getting better each day."

Beginning next week, practices are scheduled to move to the afternoon because of teacher professional development.

Craig said the staff will have to monitor the outside temperatures when practices move to the afternoon.

"We have to watch out for this heat wave we're having and see what options we have," he said. "We may have to come in later that evening to get the practice in."

Practices before sunrise really aren't an option, he said.

Craig said the staff and team have several points of emphasis heading into fall camp.

"We've got some live action on film, but to continue to get kids on film and evaluate them is a point of emphasis for the coaching staff," he said. "For our kids it's just continue to learn and get better each day on the things that we're doing. Then we're going to have to take some major steps at certain positions if we're going to compete in this conference."

Craig said the Panthers have 65 players in grades 10-12 on the roster heading into fall camp.

The ninth-grade also will practice with the varsity for the first couple of weeks. There are around 25-30 freshmen on the roster.

The Panthers host Rogers Heritage in a benefit game on Aug. 20 before traveling to Rogers High on Aug. 27 for the first game of the season. 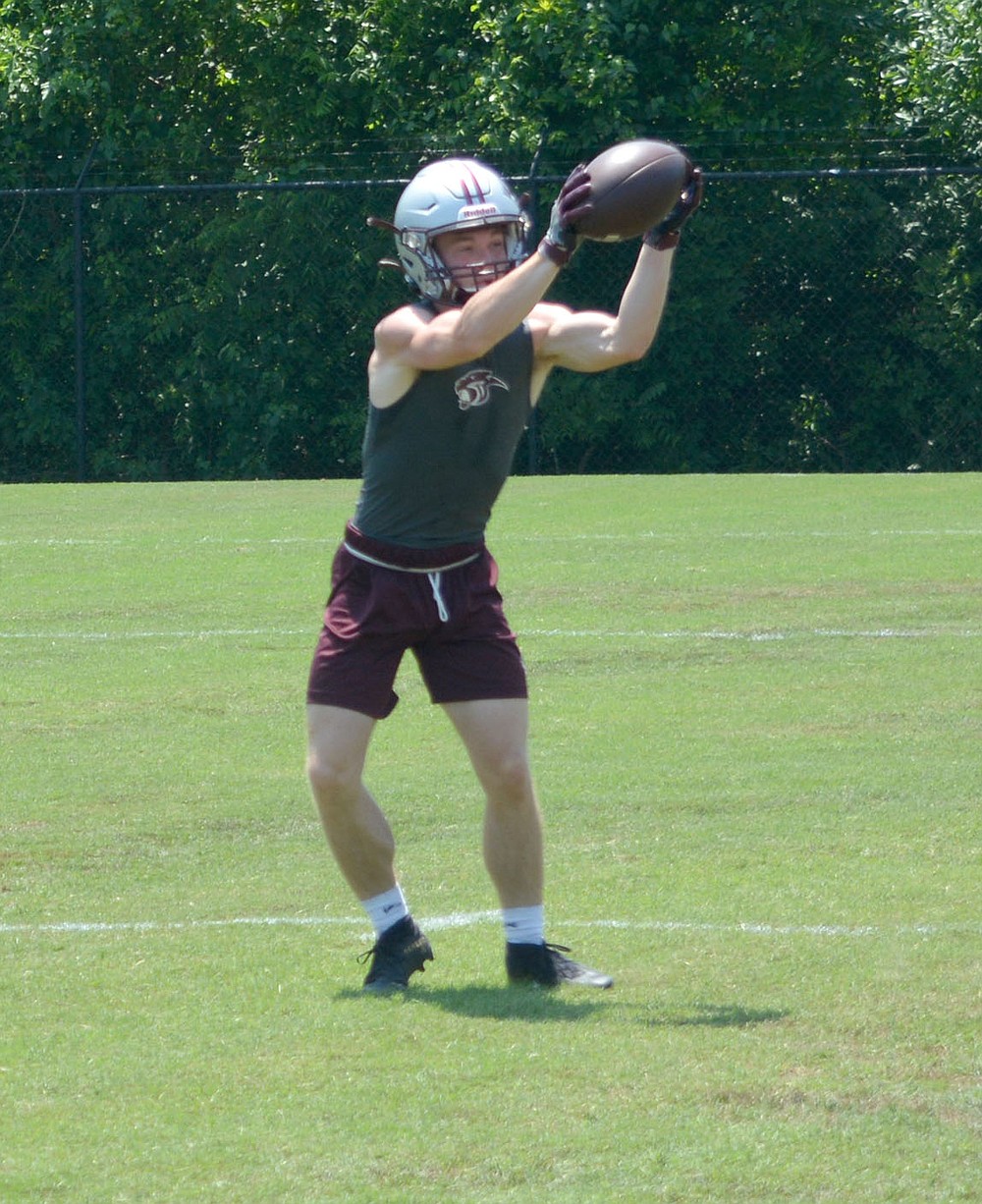 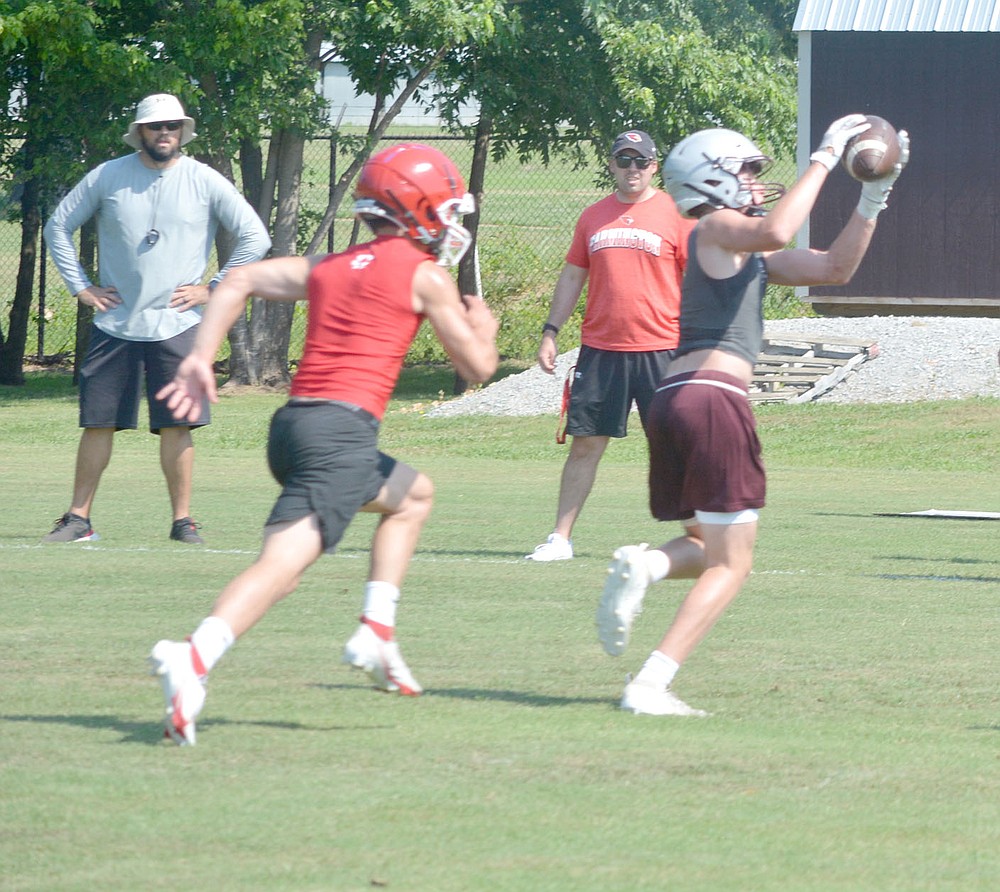 Graham Thomas/Siloam Sunday Siloam Springs junior Nick Driscoll hauls in a pass against Farmington during the Stateline Shootout on June 19.