District hosts Back to School Breakfast

Siloam Springs School District personnel gathered Wednesday morning for the Back to School Breakfast at the high school.

The breakfast was hosted by the Siloam Springs Chamber of Commerce. Approximately 71 new personnel were welcomed by Superintendent Jody Wiggins.

After the introductions, school district personnel played "Are You Smarter than a Fifth Grader?" with students who are going into the fifth grade this year.

Wiggins did not introduce the new personnel individually, but instead introduced them by campus. Wiggins also recognized the school board, support personnel and the chamber for the event.

"I am excited to be here," Wiggins said.

"As a business person, it excites me to see you guys and what you do especially in these challenging times," Jackson said.

He acknowledged there would be some challenges and pivots as well as trying times but said everyone can persevere.

"Something each of you does everyday impacts the life of a young person, and with all of the things that you do keep that in mind," Eiland said.

She concluded by saying she hoped everyone had a wonderful, safe and healthy year and that they are appreciated.

Erricson then introduced the new JBU faculty members and after he finished, school district personnel played "Are You Smarter than a Fifth Grader." The principals from each building competed along with fifth grade students Coleson and Kate Blackfox; Gretchen Herndon and Carson Thomas to answer knowledge questions.

Following the game, door prizes were given out by chamber staff and ambassadors. 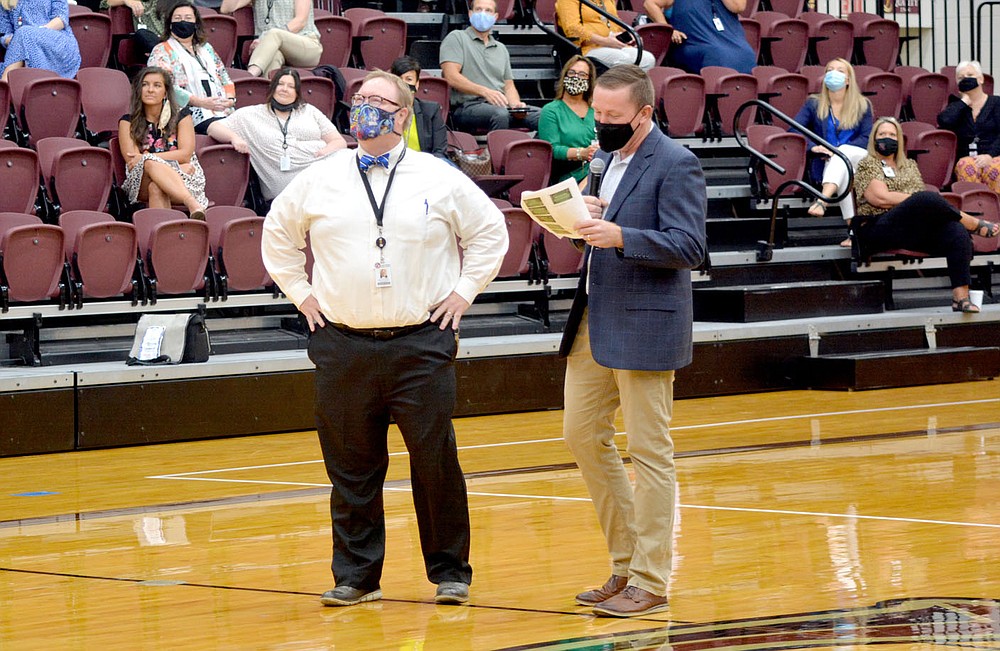 Marc Hayot/Siloam Sunday Middle School Principal Jacob Hayward (left), ponders a question asked by Jimmie Allen during a round of &quot;Are You Smarter than A Fifth Grader&quot; during the Back to School Breakfast on Wednesday at the high school. 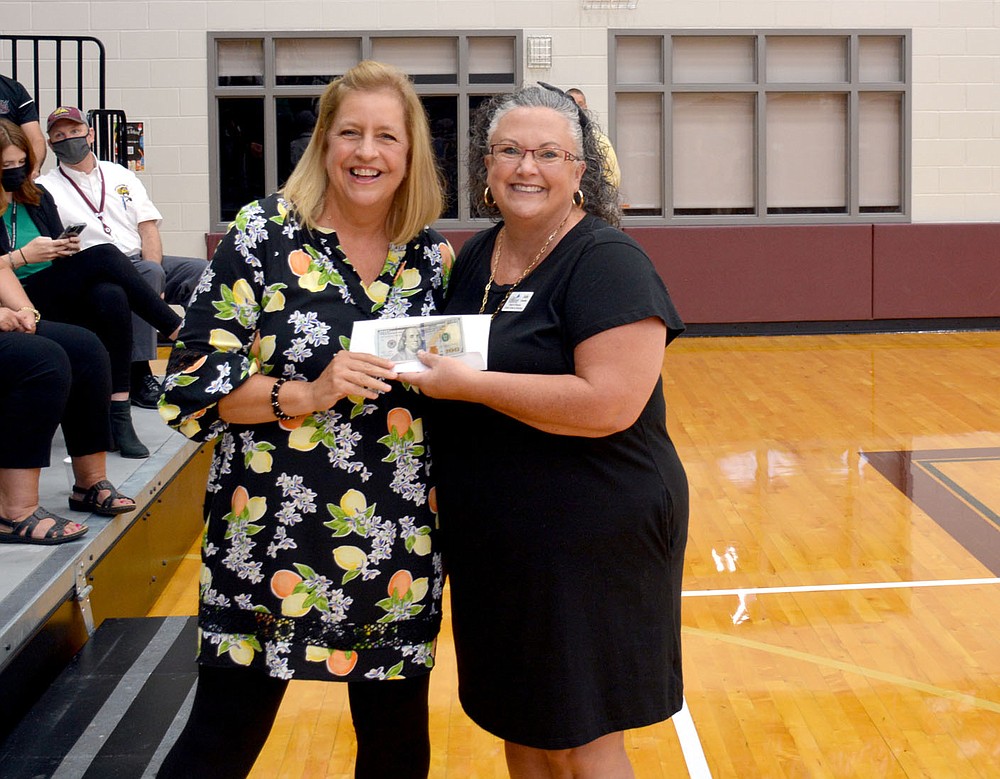 Marc Hayot/Siloam Sunday Stefanie Simpson (left), second grade resource and virtual resource for grades three through eight receives a door prize of $100 from Julie Chandler at the Back-to-School Breakfast on Wednesday at the high school. The prize money was donated by Siloam Heating and Air. 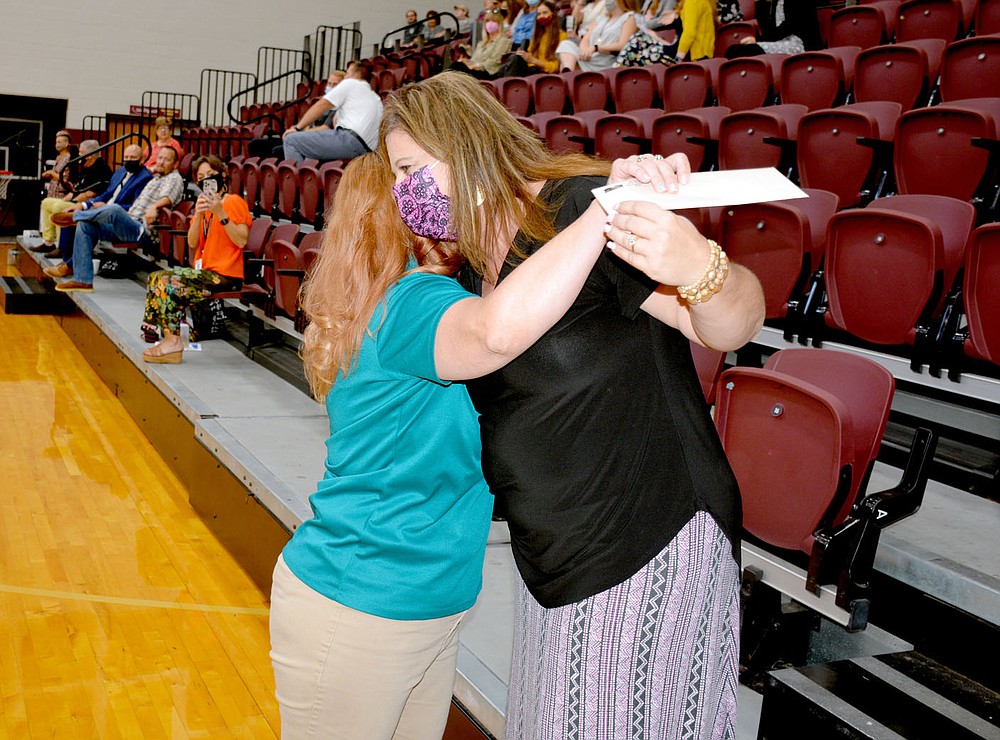 Marc Hayot/Siloam Sunday Northside Assistant Principal Brandy Fox (right), hugs Patti Eiland after receiving $500 as a door prize at the Back to School Breakfast on Wednesday at the high school. The prize money was donated by Dr. Van Dyck Dentistry. 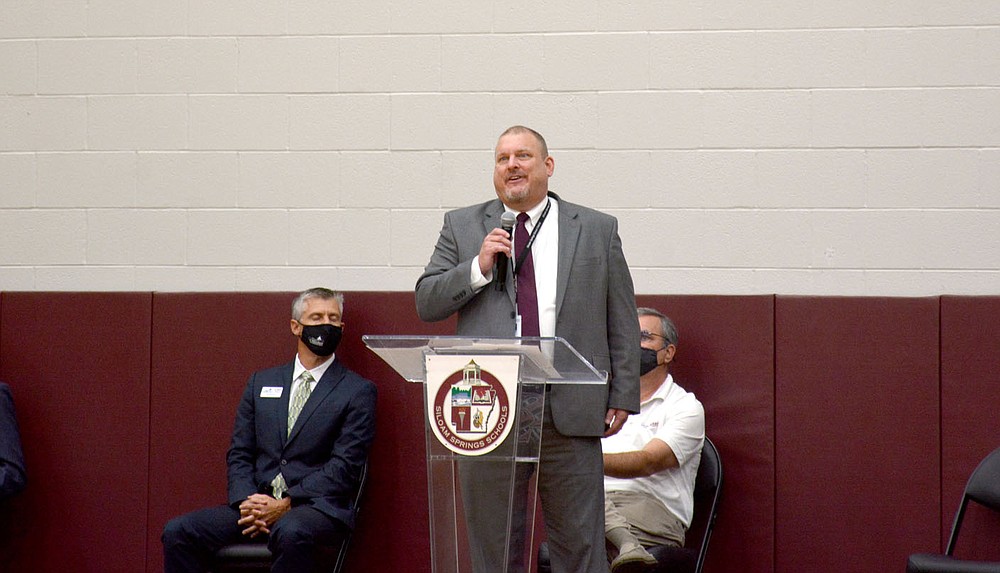 Marc Hayot/Siloam Sunday Siloam Springs Superintendent Jody Wiggins addresses the crowd of district employees and chamber ambassadors at the Back to School Breakfast on Wednesday at the high school.