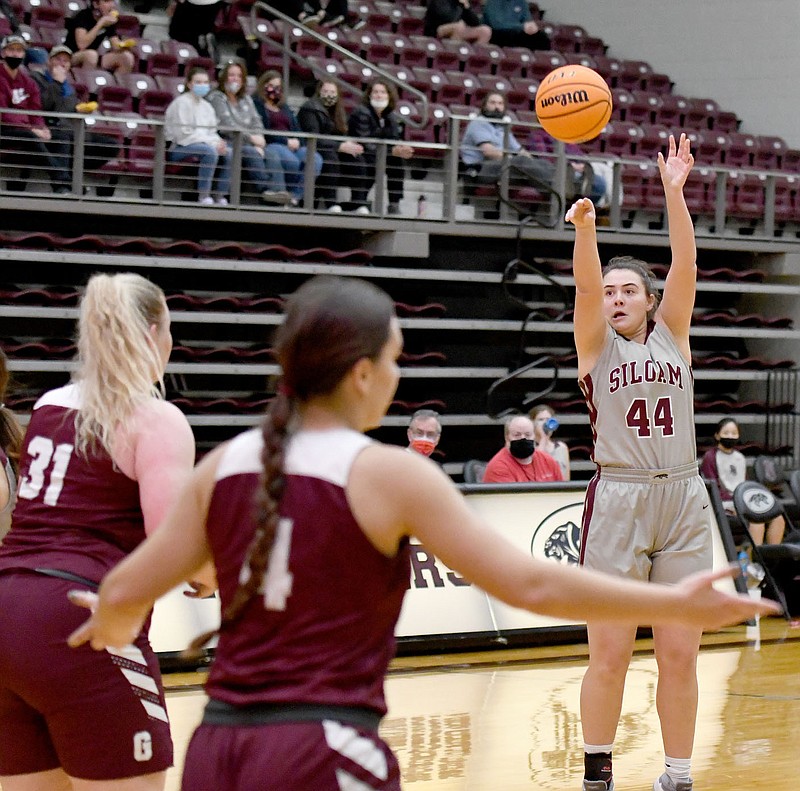 Mia Hevener learned a lot about being a leader this past summer while enduring 10 weeks of basic training for the Army National Guard in Fort Jackson, S.C.

Hevener and her coaches believe the experience has helped her on the basketball court as well.

Hevener, a 5-foot-10 forward, is heading down the final stretch of her senior basketball season at Siloam Springs.

The Lady Panthers are 15-6 overall, 7-4 in the 5A-West Conference and on the cusp of clinching a spot in the Class 5A State Tournament.

It's the first winning season for Siloam Springs since 2015, and the Lady Panthers haven't made the state tournament since 2018.

And Hevener, a varsity contributor since she was a sophomore, has played a big role in the team's success. One of only three seniors, along with guards Sydney Moorman and Quincy Efurd, Hevener is averaging 5.6 points per game and is one of the team's top outside threats from behind the 3-point line.

"This has been my favorite year of basketball by far," she said.

The Lady Panthers' last two scheduled games -- at home versus Greenbrier on Feb. 12 and at Greenwood last Tuesday -- were postponed because of inclement weather. The team is scheduled to host Russellville on Friday.

The covid-19 pandemic wiped away Hevener's travel ball season last spring and summer and eventually canceled the Lady Panthers' team camps, but Hevener would have missed those anyway.

She enlisted in the Army National Guard in January 2020 so she would be able to participate in basic training over the summer.

Hevener said she was attracted by the benefits that enlisting gave her, including having her college education paid for, a monetary signing bonus and the pride of serving her country.

"Being there to help the country, that's always cool," she said.

Siloam Springs head coach Tim Rippy remembers the conversation where Hevener initially told him she would miss the scheduled team camps because of attending basic training.

Rippy said after Hevener told him the news and then left the room, he turned to his assistant coaches and said, "I think that would be really good for her."

While at basic training, Hevener was made a platoon leader by her superior officers, putting her in charge of every one in her platoon.

"I was in charge of my whole group," she said.

Rucking, she said, is "like hiking but you have a 40-pound pack on."

Hevener said they were in full dress OCPs in 105-degree heat and "rucked" 45 miles in two days, getting about six hours of sleep for the whole time.

"That was probably the hardest thing," she said of the rucking experience, which she mentioned as one of the worst parts of basic training.

But there also were a lot of enjoyable parts, she said. Hevener was one of three people to achieve a perfect score on range shooting.

"Definitely just the people you meet and the experience all in all," she said. "It was a great experience getting to go out and shoot all these cool guns.

"The worst part was definitely all the rucking. It was hard, but everything has a positive to it. You just have to look at it."

All the while at basic training, Hevener never touched a basketball due to covid-19 protocols.

"I think I got away at a good time," she said. "It was definitely weird not being around the basketball team or basketball, but I really enjoyed the experience overall."

While away, Hevener corresponded with family, friends, teammates and coaches by writing letters.

"I wrote tons of letters," she said with a laugh. "I got tired of writing people."

Hevener said letters from her classmates Moorman and Efurd updated her on the state of basketball returning to play amid covid-19 restrictions in June.

Rippy also penned some letters himself.

"I wrote her a couple of times," he said. "I don't think my last letter ever made it because it was late. I told her a little bit about the team, and she wrote me a letter back. That was cool to check in. I didn't say much about basketball."

Hevener was happy to return to Siloam Springs after 10 weeks of basic training. That also meant a return to basketball practice.

"I remember coming back, but I didn't think one thing of it," she said. "I was just glad to be back. I was glad to see all of my teammates."

Rippy laughed at a comment Hevener made after a "post players session" in an early practice, battling with newly promoted sophomores Brooke Ross and Brooke Smith.

"You kind of said to yourself, but I overheard you," Rippy said to Hevener. "You were like, 'Man, we're going to be bigger and more physical this year.'"

To which Hevener responded, "That was my first time seeing all the sophomores."

The three sophomores -- Ross, Smith and guard Mimo Jacklik -- have played an integral role in the Lady Panthers' success along with the three seniors and handful of juniors on the 10-person varsity squad.

"This year's been a lot of fun, getting to know the sophomores," Hevener said. "I mean they just fit in so well with the team. Our teammate chemistry has been so good this year."

"You can tell," Rippy said. "I mean people can see that on the court."

As an example, Rippy mentioned a recent day where practice ended around 4:30 p.m. and the Lady Panthers had some extra time available before a junior high home game started at 5:30 p.m.

"We had 14 kids out there shooting, working on drives," Rippy said. "Coach (Tim) Stewart asked, 'When's the last time you had a team that stayed 45 minutes after practice was over and we had to run them off the court before the junior high game?'"

Rippy said it had been four to five years, which coincidentally is about the same amount of time its been since the team has been successful, he said.

"You have to have kids that like each other and like the sport, I think, to have a successful team," Rippy said. "I definitely see that in this group."

A successful team also needs leadership, and the Lady Panthers have gotten that from Hevener.

Hevener's always been a vocal player and displayed leadership capabilities, Rippy said. Since her return from basic training that's been even more evident, he said.

"Most leaders are selfless, and I think Mia will do whatever's necessary for our team to be successful," Rippy said. "Not that she wasn't that way before, but it's more visible and more evident. She's always on our kids about talking in practice. She's doing the positive stuff and when she needs to put her foot down stuff. That's what a good senior leader does. She does it the right way. She doesn't hurt anybody's feelings. She's just matter of fact. 'Hey, we're not talking right.' She's matter of fact, and she does enough encouraging that people respond to her." 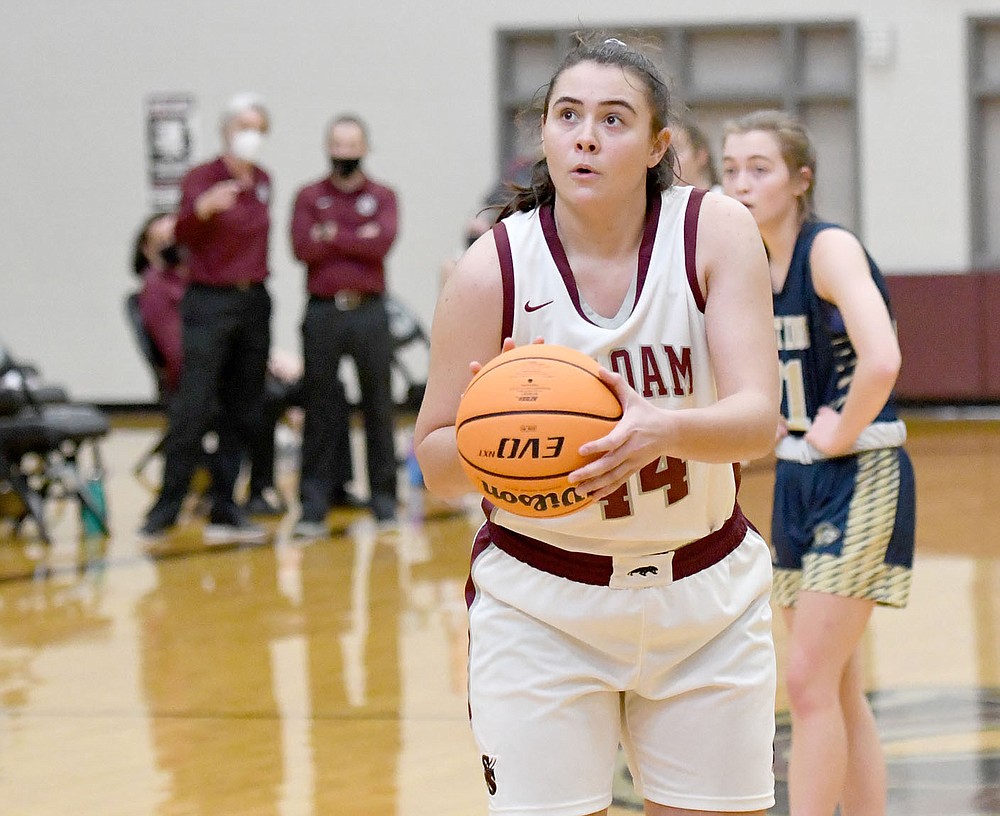 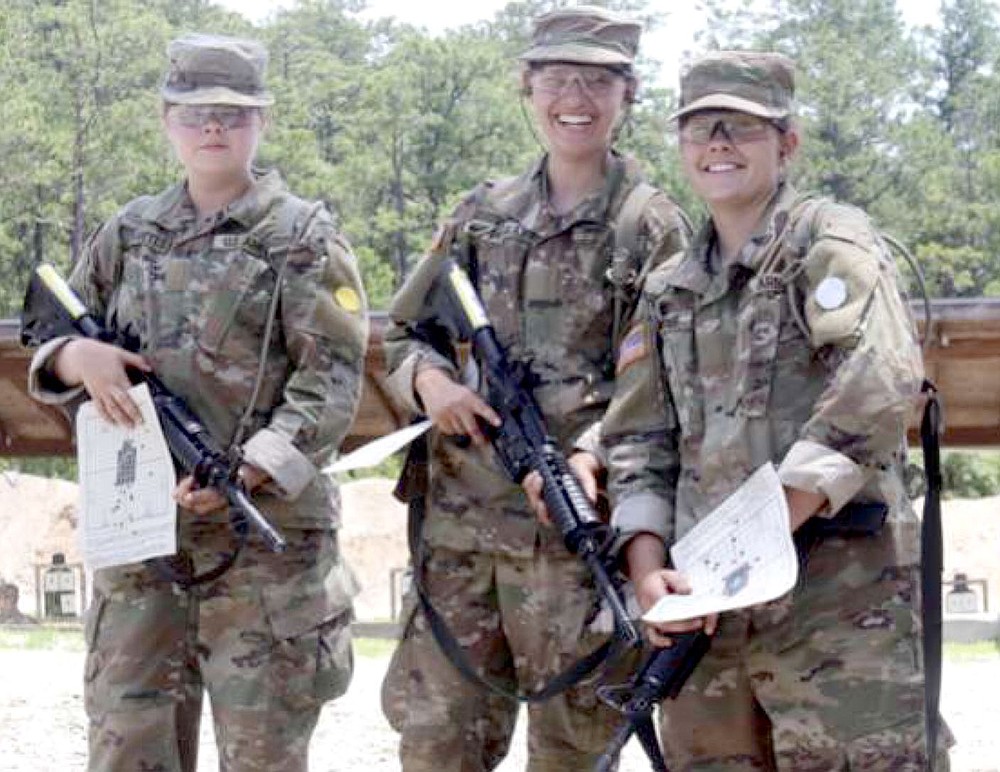 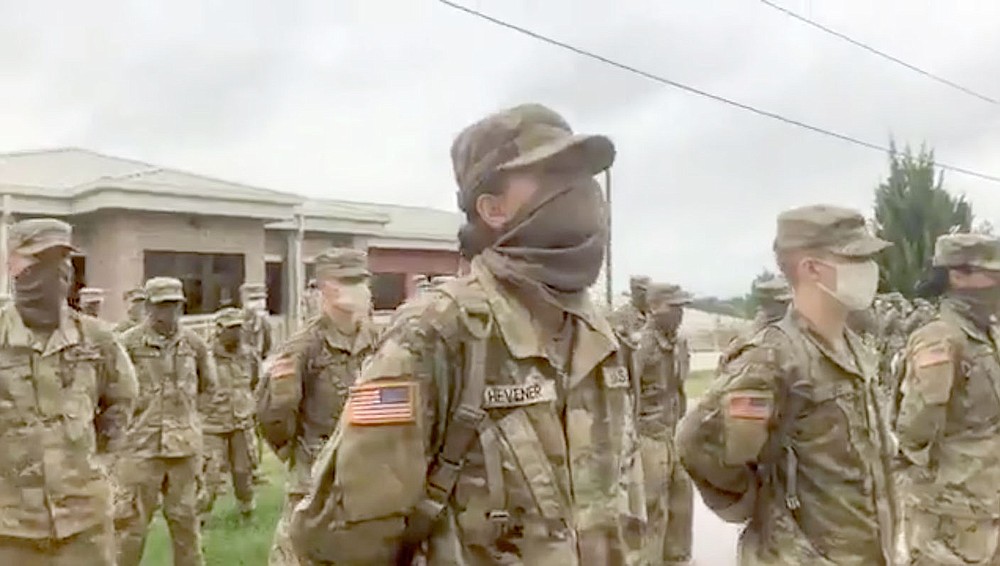