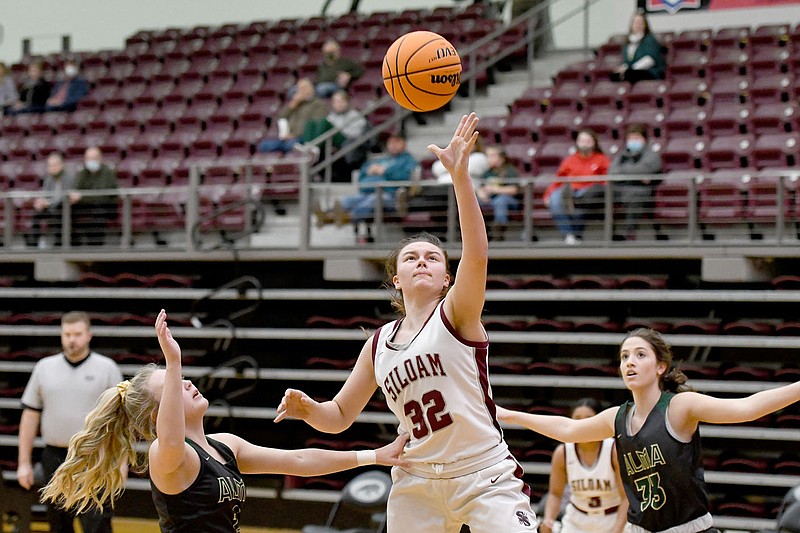 Bud Sullins/Special to Siloam Sunday Siloam Springs sophomore Brooke Ross goes up for a basket against Alma during a game earlier this season.

A whirlwind of schedule changes and a late announcement by the Arkansas Activities Association produced an eventful Friday afternoon.

When the dust settled that evening, the 5A-West Conference athletic directors voted 5-3 to finish the regular basketball season with conference tournaments in boys and girls beginning this Friday.

"I just want to thank everybody for their patience," said Siloam Springs athletics director Ken Harriman. "We put out some things and have had to turn on a dime and change everything. We wish it could have been avoided, but this is the best we could make of it."

On Thursday, the league ADs had announced the boys teams would be playing a conference tournament this week because two teams have too many games to make up in one week's time. The makeups were caused by a combination of covid-19 protocols and recent winter weather which canceled most of the last two weeks' action.

Also on Thursday, the league ADs agreed that the girls teams would be able to finish their conference schedule.

A schedule for both boys and girls were released and scenarios were set on how teams could advance to the state tournament, which is going to be played this year at Hot Springs High School.

But on Friday afternoon, the Arkansas Activities Association announced it was pushing back the dates for all state tournaments by one week, which resulted in moving the 5A state tournament from March 1-8 to March 8-15.

That extra week then gave the 5A-West the option of finishing out the season in boys and girls or playing a conference tournament for both.

The 5A-West Conference athletic directors voted to play the option of having a conference tournament.

Siloam Springs voted to finish the regular season, Harriman said. Under that scenario, the Siloam Springs boys (10-12, 5-6) had three games left to solidify a state tournament berth, which the Panthers haven't made since 2016.

The Lady Panthers (15-6, 7-4) only needed one win or one Greenbrier loss to clinch its first state tournament spot since 2018.

"We wanted to play the season out," Harriman said.

Instead the conference with the the tournament option, which will now allow some teams -- including three on the girls side -- that have been mathematically eliminated from postseason play to be back in the hunt.

The winner of the Monday quarterfinals qualify for state tournament and advance to the Tuesday semifinals against the top two seeds, which receive byes all the the way to the semifinals.

The teams that advance to the semifinals qualify for the state tournament.

The finals and consolation finals (third place game) are Thursday.

All games will be played on the home floor of the higher seed.

With the conference tournament beginning on Friday, Harriman said there was concern about the length of time teams would have to go from playing their last game. The Siloam Springs teams' last games were on Feb. 9 at Alma.

The conference voted to played the regular season games that were postponed on Feb. 16 this Tuesday.

This means the Siloam Springs teams will both play at Greenwood on Tuesday, with the senior girls beginning at 6 p.m., followed by the senior boys.

The boys are currently fifth in the seedings, but could move up to as high as third with a win by more than three points at Greenwood and a Van Buren loss. 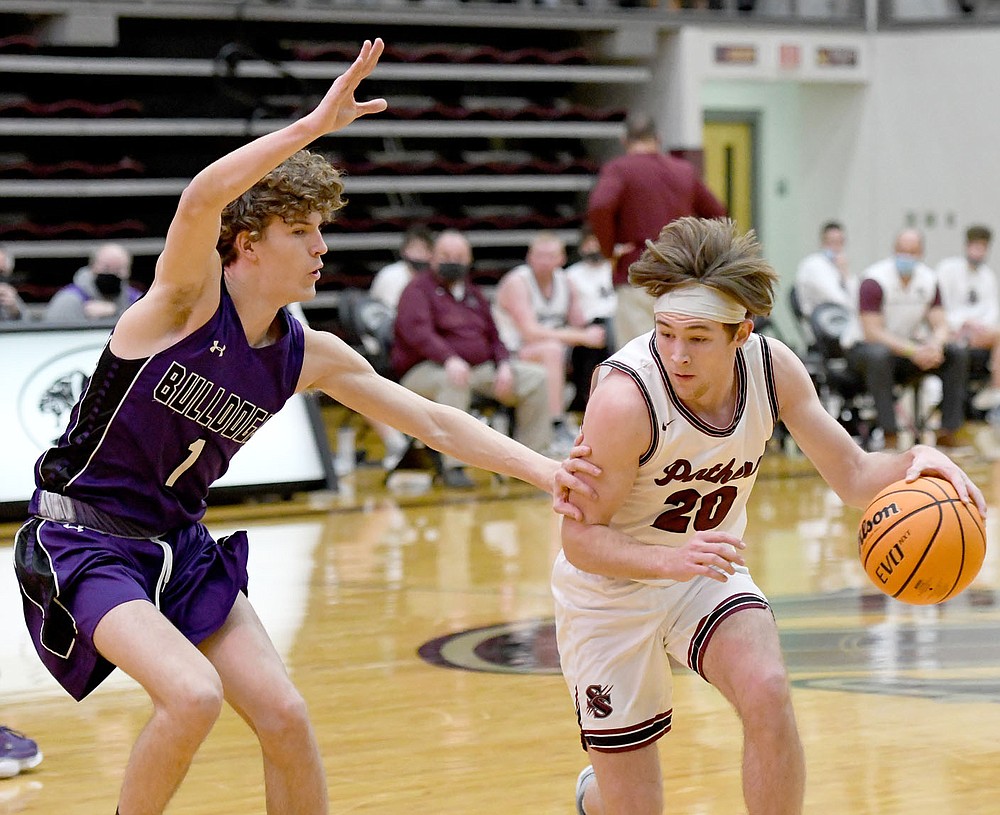