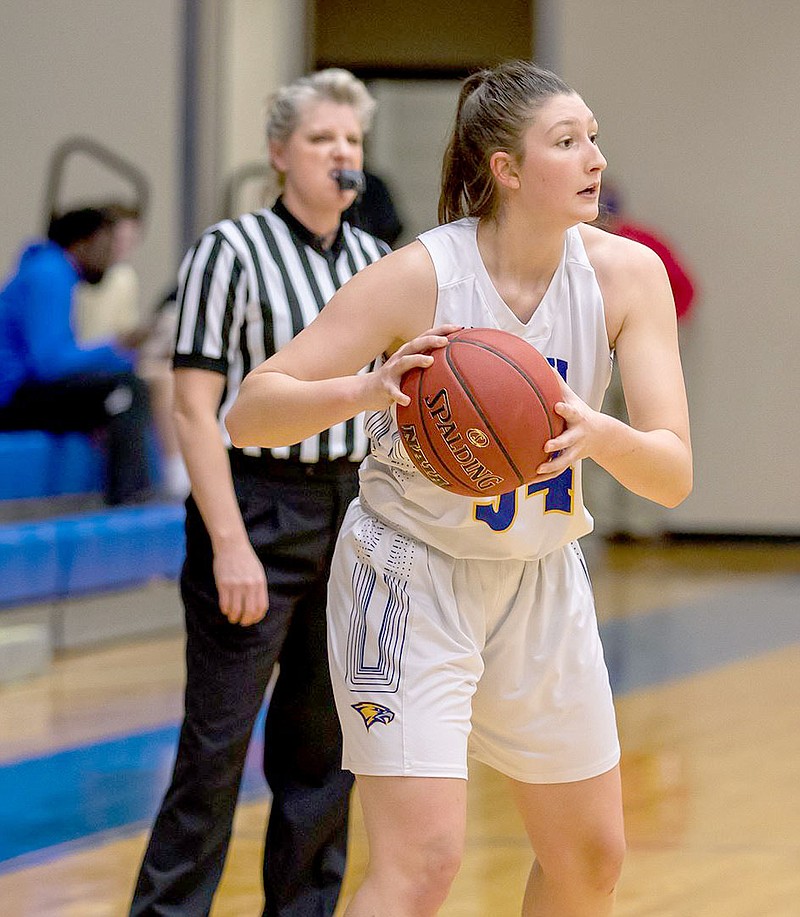 In the 14th week of SAC competition, but just the third full week of competition for the Golden Eagles (5-3, 5-3 Sooner Athletic), Stephens put up three double-digit scoring performances, including a 32-point outing at Texas Wesleyan -- a career-high. The Wyandotte, Okla., native's effort allowed John Brown to piece together not only a 3-0 week, but its first two-game sweep of Southwestern Assemblies of God and Texas Wesleyan on the road since 2016.

"I'm so proud of Tarrah's great week," head coach Jeff Soderquist said. "It's very exciting to see the type of player she's turning into. She can do so much on the court and play so many positions."

Stephens posted 17, 21 and 32-point performances versus Central Christian, SAGU and Wesleyan, respectively, averaging 23.3 points on the week and pulled down 22 rebounds, averaging 7.3 each evening. The Golden Eagles pieced together a perfect 3-0 week and ran its win streak to five after starting out the unconventional campaign 0-3.

Hitting 28 of 56 from the field over three games (50 percent), the reigning SAC Freshman of the Year was fourth in the league and 20th in the nation in scoring average at exactly 20.0 points per game, heading into Friday's games at College of the Ozarks.