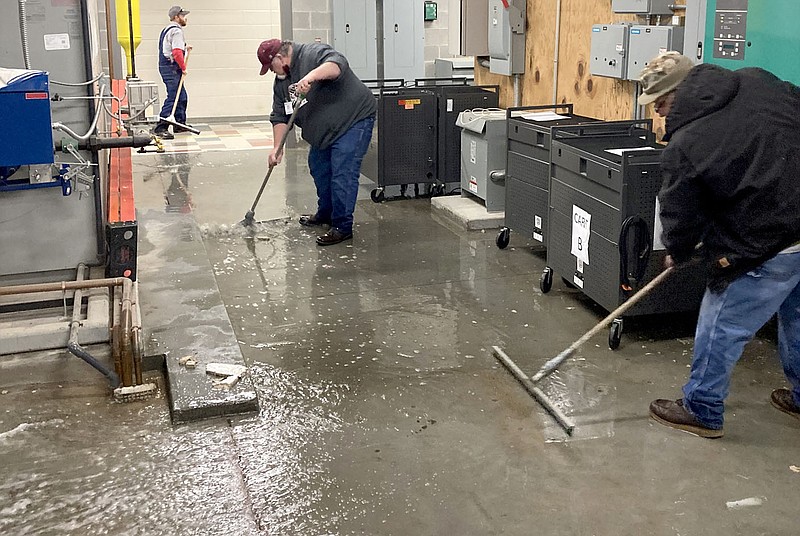 School employees have worked hard to repair and clean up the damage and school will reopen on Monday, Assistant Superintendent Shane Patrick said Friday. While he didn't have specific numbers yet, Patrick estimated the flooding caused well over $100,000 in damage.

Unusually low temperatures over the past week caused the pipes to freeze and then break, Wiggins said. Some buildings are worse than others, but each burst pipe has caused a tremendous amount of water to flow through certain parts of a building with varying degrees of damage, he said. Main Street Academy was the only academic building that was not impacted, he said.

Maintenance and janitorial employees have worked in frigid temperatures to repair and clean up the damage, Wiggins said. The district has also contracted with some private companies to help with cleanup and demolition, he said.

The middle school was the next building to be impacted when an overhead water line burst, flooding a few classrooms and a hallway on the northeast corner of the building.

More pipes burst at the middle school in Panther Arena on Thursday, flooding locker rooms but water stayed off of the gym floor, Patrick said. Maintenance staff were keeping a close eye on buildings Friday and over the weekend in anticipation of more issues, he said.

All of the affected pipes were either on outside walls or ceilings and Wiggins speculated that the pipes froze during the extreme cold on Monday and Tuesday and then melted and began leaking when temperatures increased on Wednesday.

At the intermediate school, a pipe burst over Bright Futures Siloam Springs donation room, ruining tens of thousands of dollars worth of donations, such as food, backpacks, school supplies, clothing and toys, Wiggins said. A team of approximately 20 volunteers gathered to sort through all the supplies and salvage them, he said.

The water at the intermediate school also entered the main part of the building and got into the library, the computer lab and piano lab, Wiggins said.

The burst pipe at Southside Elementary School flooded the gymnasium, causing the plastic tile floor float, and also flooding all of the offices, restrooms and storage areas connected to the gym, as well as the cafeteria.

Wiggins said school officials are working to check if the damage will be covered by insurance. Because Bright Futures is a nonprofit, separate from the school district, it is unlikely the lost donated items will be covered, he said.

"Our maintenance and custodial crews have done a fantastic job of staying on top of this and getting things cleaned up as fast as possible," Patrick said. "We really appreciate all the volunteers that came out and helped us with Bright Futures and greatly increased how fast we cleaned that up. The city has been a big help getting dumpsters at intermediate and Southside when we had issues, even though they were closed, so we could mitigate those issues." 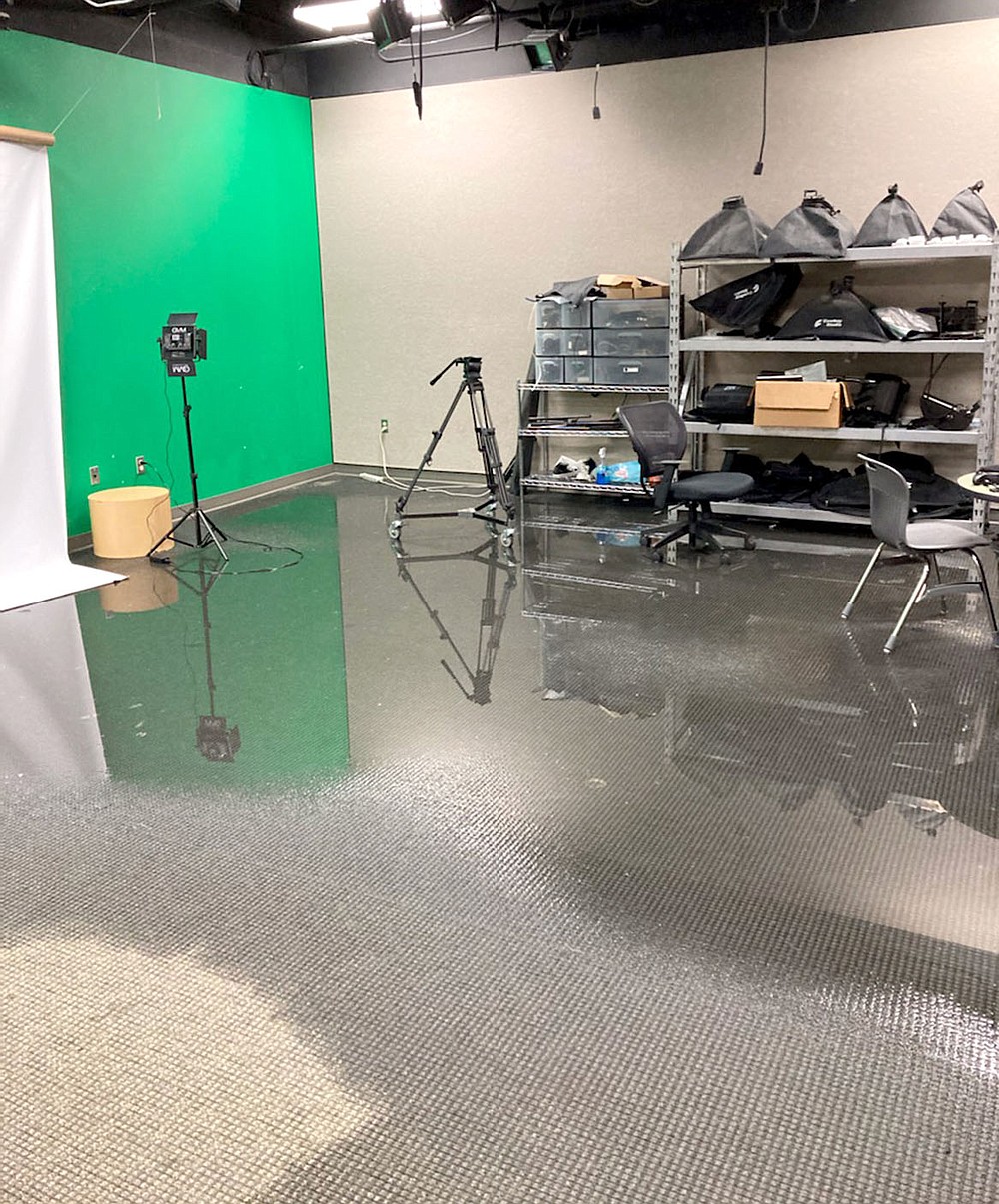 Photo submitted The art wing in the high school, including the film and television department's green room, was one of the first areas to flood.
ADVERTISEMENT